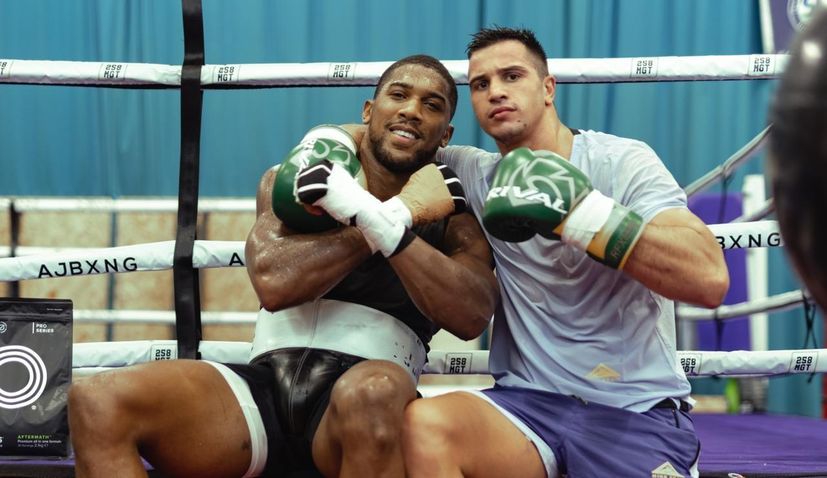 Anthony Joshua has called up a top Croatian heavyweight to his camp in the build-up to his fight with Oleksandr Usyk.

Joshua defends his IBF, WBA and WBO heavyweight championships against Usyk on September 25 and he is currently in the midst of his eight-week camp preparing for the fight.

Looking for quality sparring opponents, Joshua enlisted the services of Croatian Marko Milun. Milun flew to Sheffield to be one of Joshua’s sparring partners.

So how did it all come about.

“Petar Milas recommended me to one of Joshua’s managers. I heard from him via Instagram, after which we stayed in touch. I was supposed to go to England for Alen Babić’s fight, but they called me and bought me a ticket to come the day before. I’m doing two sparring matches this week. Today I’m going to the Babić match and I’m going back to Sheffield after the fight. Again for sparring. I agreed on two weeks, but they already asked me to stay longer,” Milun told fightsite.hr.

Milun, who narrowly missed out on qualification for the Tokyo Olympics, says that  Joshua made a great impression on him.

“He is a very normal guy, like us from the club. He doesn’t act like he’s more important because he’s a world champion. I’m happy with everything. We have great conditions, we got everything we need,” Milun concluded.