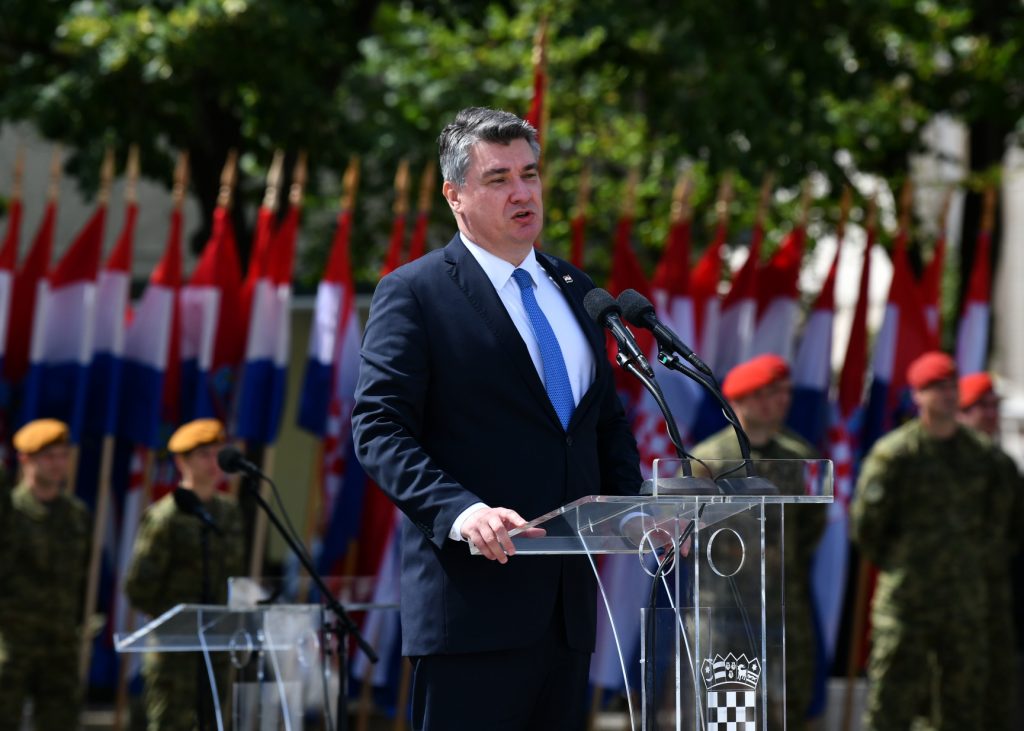 ZAGREB, Aug 5 (Hina) – Croatian President Zoran Milanovic said in Knin on Wednesday that 25 years after Operation Storm Croatia is not the same society it was then, stressing that unity requires talking about things that both bring people closer together and divide them.

“It is really an honour for me, and this is not an empty phrase, to speak on the occasion of the 25th anniversary of Croatia’s liberation. 25 years is a very long time in the formation and life of a human being. In a span of 25 years relations between states and relations in the world change. We have come a long way and we are not the same society we were 25 years ago,” Milanovic said in his address on the occasion of Victory Day, Homeland Thanksgiving Day and War Veterans Day.

He said that this is something the prime minister, too, spoke about in his address, which “I warmly welcome and hope will become a reality.”

Milanovic went on to say that in democracy unity is not always fully possible but that it is necessary to talk together about things that bring us closer and that divide us, things that we view differently. 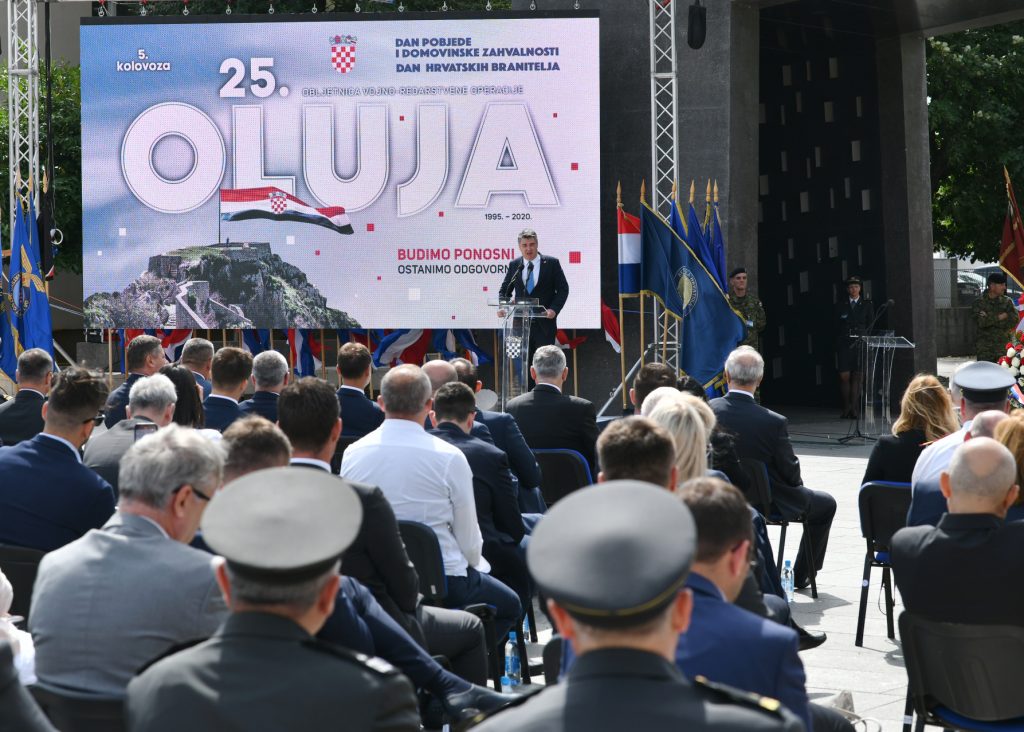 It is important to talk

“The views of someone from a big city, someone from a small city, of a Croat or a Serb are not necessarily always the same. What is important is to talk, raise issues and discuss them,” the president said.

Speaking about the stages of Croatia’s path to victory and relations between Croats and Serbs, Milanovic cited Winston Churchill, British Prime Minister during World War II, who said “In war: resolution, in defeat: defiance, in victory: magnanimity, in peace: goodwill.” 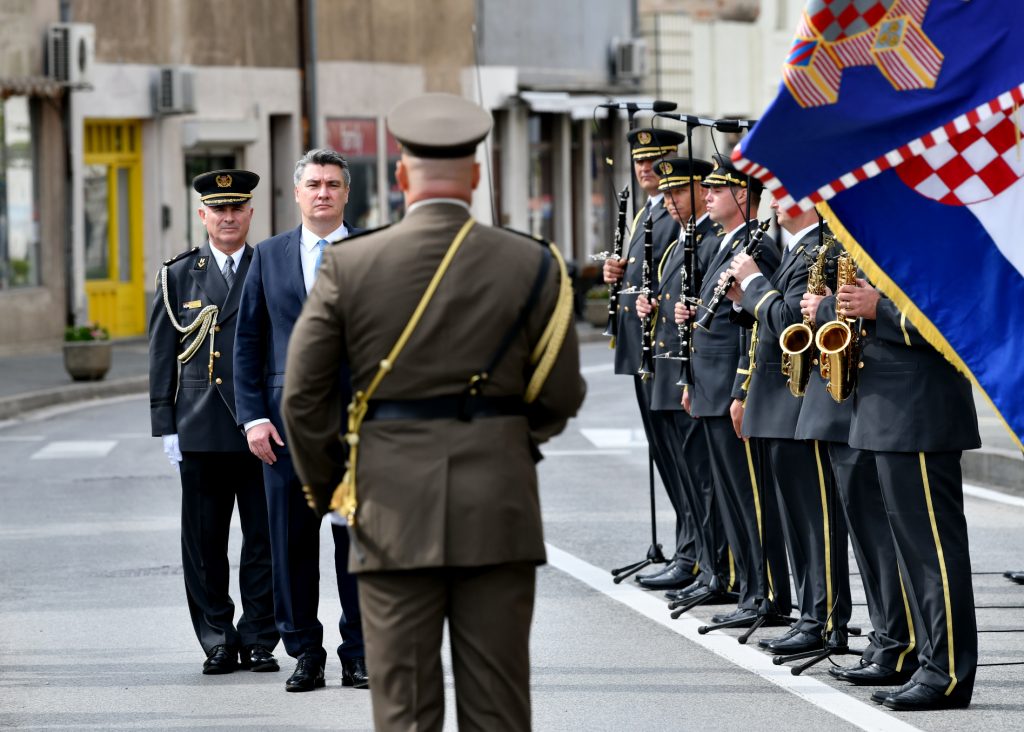 Recalling that the war in Croatia was imposed on the country, Milanovic noted that the difficult task of warfare was conducted by Croatia’s first president, Franjo Tudjman, as well as that the job done then was something Croatia could learn from today.

“That victory… was not accidental. It was a result of the work, planning, concentration and intelligence of hundreds of thousands of people. All of us who did not participate in it should be grateful to them,” he stressed.

The war started with a defeat and with the great suffering or displaced people, he added. Resistance at the beginning seemed futile but brave Croatian soldiers and their commanders won a victory, he said.

We should have been more magnanimous in victory, I appreciate Milosevic’s presence

“In that victory, we should have been more magnanimous and better organised, that is something the prime minister, too, has talked about. Fortunately, we never sank into an abyss of moral catastrophe. There were mistakes, there were also crimes, and they cost us later,” Milanovic said, adding that this was a big lesson. 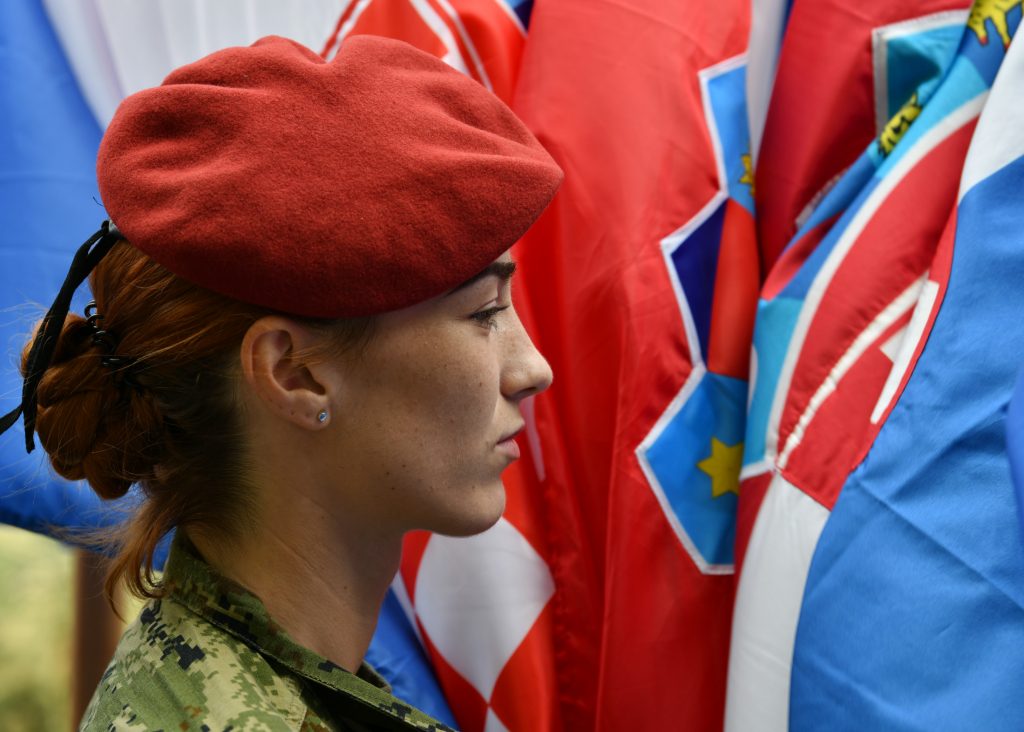 Croatia later rectified that mistake, but a burden remains, he said.

“That is why I especially appreciate the presence of Deputy Prime Minister Boris Milosevic here today. This is a celebration, not a commemoration. We rejoice here and celebrate our successes. To come here and join Croats in celebrating a date, that is not an equation, that is the architecture of a heart and a deeply emotional issue and not a small thing,” he stressed.

As for present-day affairs, Milanovic said that Croatia had come a long way, having become a European state and that it should do better in public affairs and take every euro of EU money allocated to it.

Relations with Serbia have been complicated for 100 years, they must be better

Speaking of relations between Croatia and Serbia, he said that they had been complicated for more than 100 years.

“There were conflicts, bloodshed, wars, civil wars, aggression and after that, we seem to be unable to enter a phase of normal relations in which respect and constructive behaviour will prevail. It is as if we are still burdened by things that are the consequence of the 1990s aggression,” he said, adding that he was aware that he was speaking as a Croat. 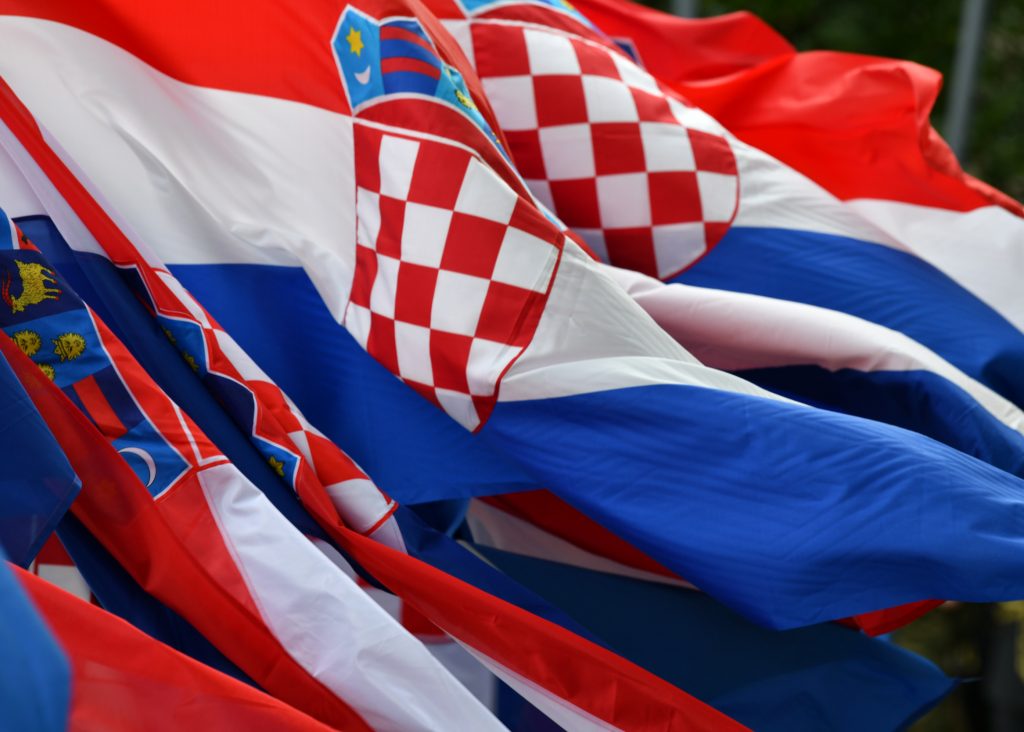 “But we are here. We have goodwill and faith and we want to cooperate, work and do business together,” he added.

“Simply to enter a boring, long constant, a new paradigm of relations. Relations between the two peoples in this part of Europe are very important. And when we trade accusations and argue, no one is scheming against us, they simply do not notice us,” said Milanovic.

He added that those relations must be better and that he would do all he can and dare to improve them as well as that it was up to the other side to try to do the same as well. 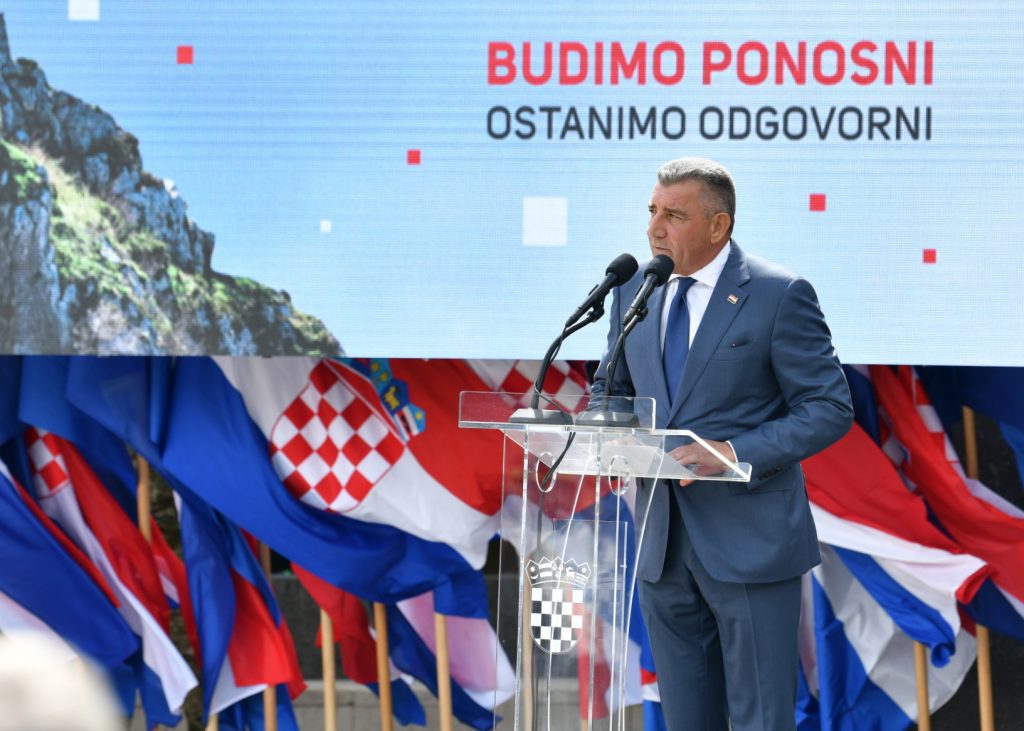 Ante Gotovina: We are stronger and better people, ready to work for a better tomorrow

Retired lieutenant general Ante Gotovina said during the celebration of the 25th anniversary of Operation Storm in Knin on Wednesday, that by learning lessons from the past Croatians have become stronger and better people, ready to think optimistically and work today for a better tomorrow.

Speaking as a representative of veterans, he congratulated those present and underscored that Operation Storm, which took place a quarter of a century ago, had determined the country’s future and marked the beginning of the end of the war and the establishment of peace.

“The courage, sacrifice, determination and unity of our people from the start of the Homeland War and under the leadership of the first Croatian president Franjo Tudjman, wartime defence minister Gojko Susak and all the commanders of the General Staff were crucial for us to build a Croatian army in particularly unfavourable and difficult war circumstances, ready and capable of defending itself, putting an end to an imposed war and creating preconditions for lasting peace,” said Gotovina. 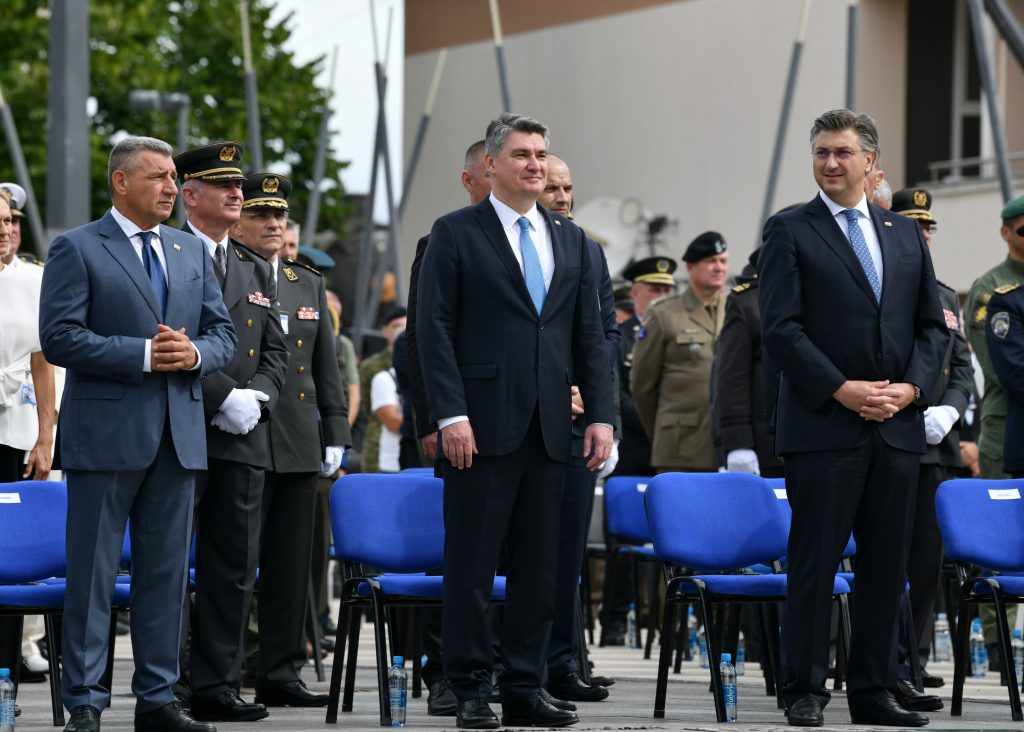 Gotovina added that the horrors of war and years of suffering of innocent people, the sacrifice of young soldiers and those who lost their lives and health, were part of the collective conscience of the Croatian people, having been built into the foundations of Croatian statehood.

“It is with pride and sorrow that we remember our friends, fallen and deceased comrades in arms. I greet you, dear families, with profound respect,” he said. 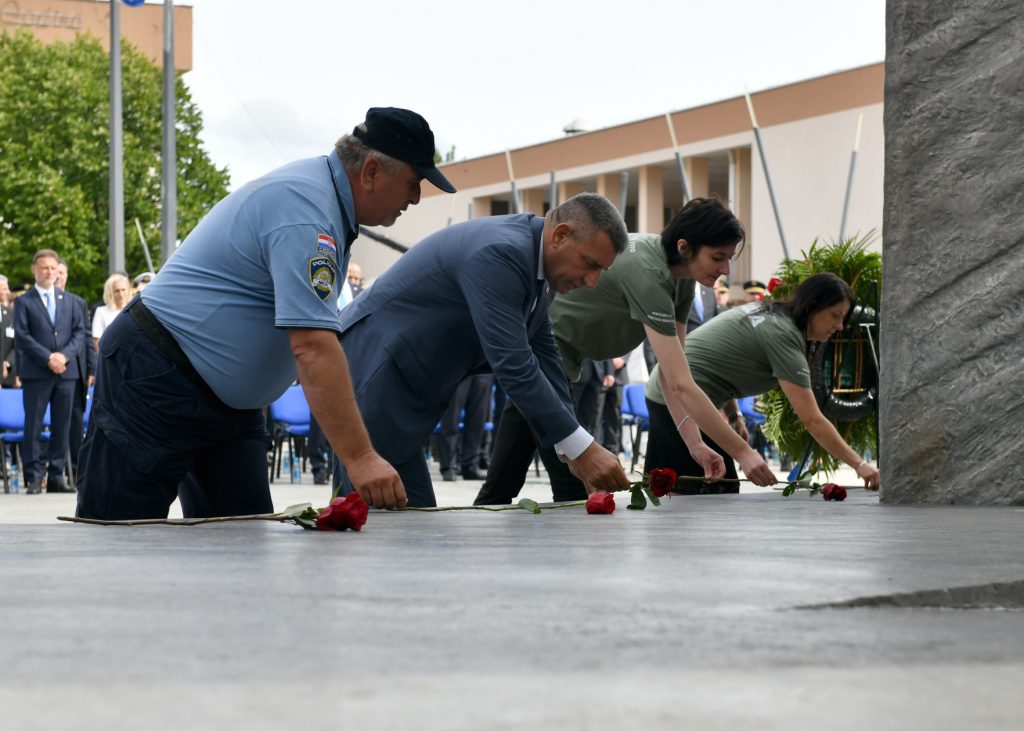 Gotovina said that 25 years of living in peace and security, Croatia is developing into a modern European democracy, a socially just state that cares for the smallest and most needy, a state in which all people, regardless of their differences, enjoy safety and freedom, equal rights and equal obligations.

“With the unity of all of us, from the first at the helm to the smallest, we will achieve the objectives and know how to respond to all the challenges of the time that we live in,” concluded Gotovina.

Asked by reporters later to say why members of wartime HOS forces and some other war units were not allowed to attend the ceremony in the main square in Knin, Gotovina said that “discipline has to exist in everything, even in freedom.” 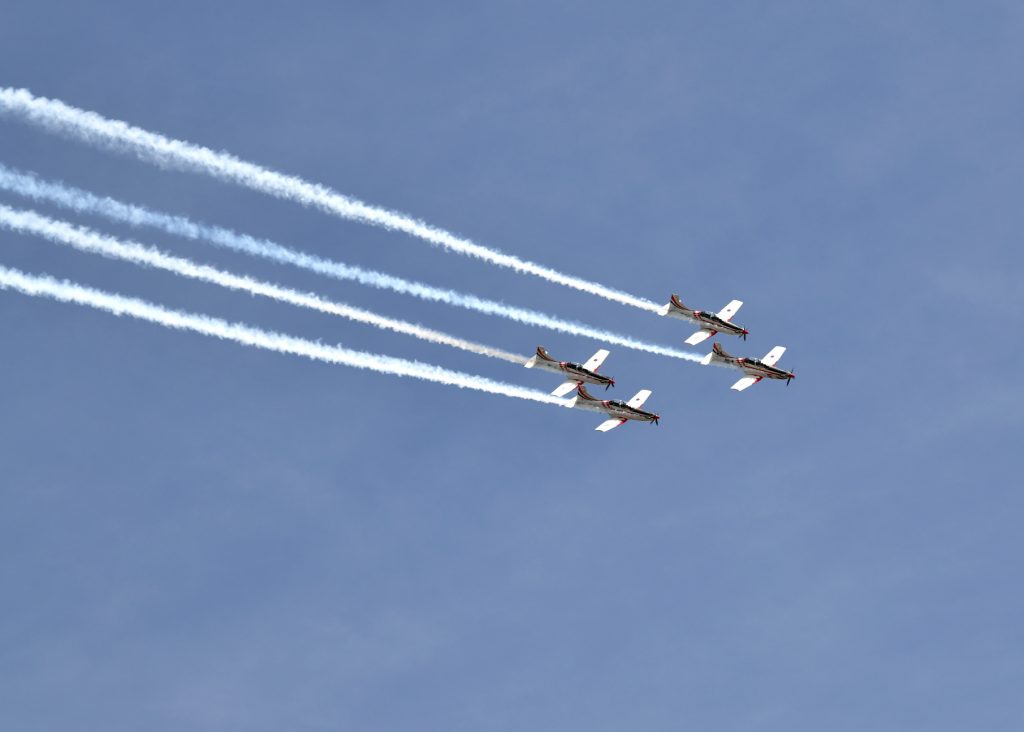 Asked whether he was glad that Deputy Prime Minister Boris Milosevic from the ranks of the Independent Democratic Serb Party (SDSS) had attended today’s event, Gotovina said that the celebration was dignified and “that is good.”