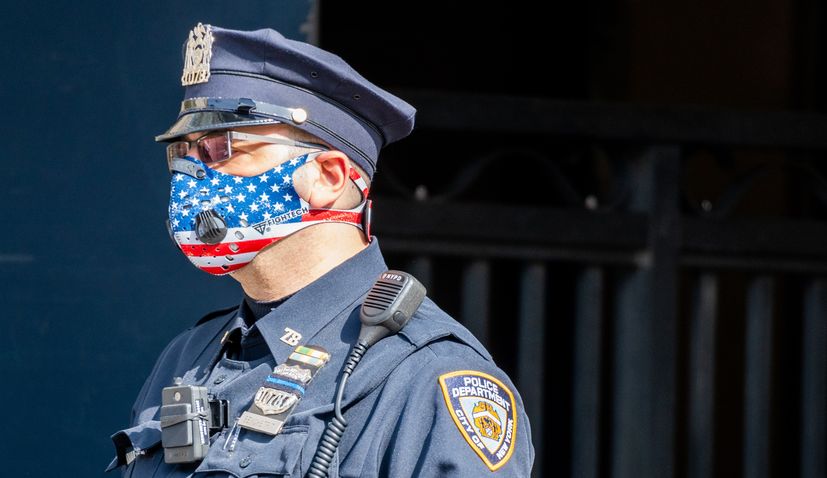 An officer in NYC during the coronavirus crisis

If you have ever been to a University of Michigan football game in Ann Arbor, Michigan, you can picture it. Michigan Stadium is the largest sporting facility of any kind in the United States, holding crowds of upwards of 115,000 people (that’s over three times as many people as Dinamo’s Maksimir Stadium holds).

There is rarely an empty seat in the house, with the football team playing before a minimum of 100,000 people for every game since 1975. If you are lucky enough to have attended one of those games, you can picture what 100,000 people looks like. But for most, 100,000 people is an incomprehensible amount.

So when Dr. Anthony Fauci first estimated that the coronavirus would cause a minimum of 100,000 deaths in the United States, those of us who have been to Michigan Stadium and seen just what 100,000 people looks like–seen their faces, looked them in the eye, celebrated a triumphant moment with them–could put that into context. 100,000 people was not just a statistic. Not just some astronomical number. I know what 100,000 people looks like. To imagine what it would be like if they could all dropped dead is a truly horrifying thought.

That is more deaths than all of the combined American combat deaths in the Korean War, Vietnam War, Gulf War, Iraq, and Afghanistan. You would have to go back to World War II to find the kind of loss of life in combat that the U.S. is facing in this peacetime crisis. Put another way, the 100,000 death estimate means one out of every 3,272 Americans will die from the coronavirus outbreak. The building I lived in, on New York’s Upper West Side, held about 3,000 people. If those projections are accurate, it would mean that there is a good chance, at least one person in my building will die as a result of this disease.

Of course, those projections were for the entire country. New York City is the epicenter of the outbreak and the death rates will certainly be higher there than many other parts of the country. Adjusting for that fact, it’s almost a foregone conclusion that many people in my former apartment building will contract the coronavirus and one or more will not survive it.

These numbers have been swirling through my mind as I experience the pandemic from the relative safety of Zagreb. I’ve spent nights lying in bed worrying about my 80-year-old mother, who lives alone in a tiny town in New York State, just up the Hudson River from New York City. 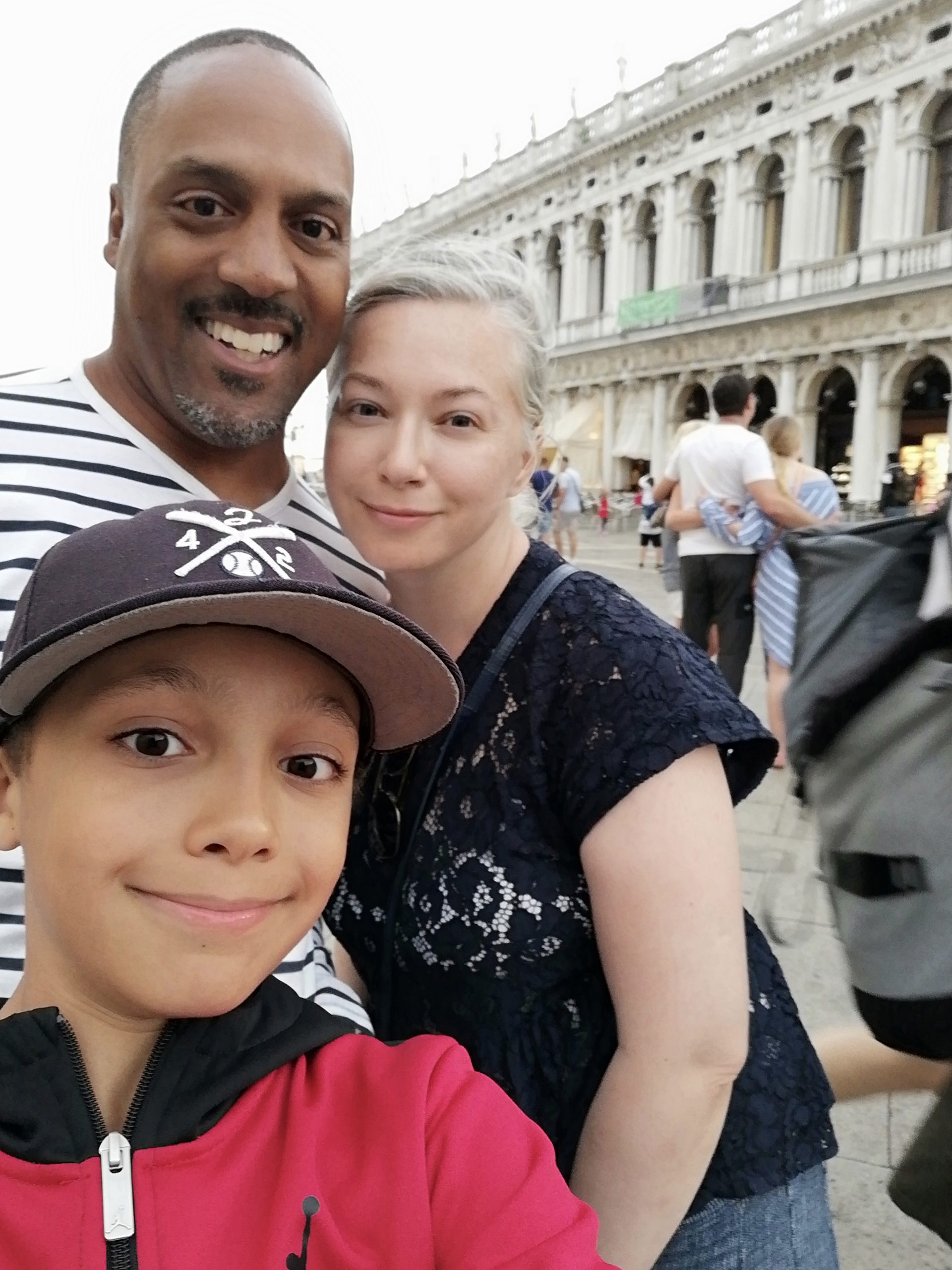 With my wife and son (Photo: private album)

Since my father’s death last year, my mother has lived alone with a family friend checking in on her and helping her with day-to-day tasks.

That friend, can’t come by anymore. Those day-to-day tasks are now limited. Thanks to weekly deliveries from the town’s one grocery store, my mother has been able to stay in and ride out the shutdown safely, but others have not been so lucky. My cousin also living just north of New York City, was diagnosed with the coronavirus and hospitalized a few weeks ago. Luckily her case was mild, she was released to quarantine at home and is on her way to a full recovery.

Three friends contracted the disease in New York City. One was diagnosed along with his wife. He has made a full recovery, she is still fighting a fever at home. The third case, a nurse friend from the town of New Rochelle (home to one of the worst outbreaks in the United States), was working in one of New York City’s overwhelmed hospitals when he contracted the coronavirus and was sent home to quarantine. He too is still fighting it.

As I learned of these stories, I began to feel the impact of the crisis in real terms. Still, all were OK. I still hadn’t yet stared down the stadium full of people who would not survive the disease. That was about to change.

After a long hiatus from Facebook, I happened to log in for work purposes and saw a horrifying post. A high school friend of mine had written about the status of another friend of ours. My high school football and track teammate, Sean, was in the hospital on a ventilator. Sean, who was just a year older than me, and just a few weeks ago was a fit, healthy man now lay in an intensive care unit fighting for his life.

The news was a shock. Until now I had understood the disease to be dangerous, but not necessarily lethal for those who were not elderly or had compromised immune systems. Now I was staring evidence to the contrary in the face.

A husband, and a father, Sean had plenty of reasons to stay on the sidelines, but Sean was also a pharmacist. And so, he had been on the front lines of the fight against this killer disease and he did what he was trained to do, he helped sick people. Yet, in the end, he was the one in need of help.

Help would not come for Sean. He died in the intensive care unit. The death of any friend is heartbreaking, but this one carried with it the weight of knowing that his parents, his wife and his children couldn’t be with him at the end and haven’t been able to have a proper funeral for him. Sean, a healthy vibrant man in March was gone in April.

The suddenness of it all, the powerlessness we all felt, the helpless feeling of not being able to console his loved ones. These are all new feelings for me, feelings I had not yet experienced since moving away from the United States. Even when my father passed away, a few months after I moved to Zagreb last year, I still felt like I was able to help my mother grieve. I was able to attend the funeral. Even separated from my home country, I was able to stay connected. Now, that feeling is gone. For most, social distancing means staying two meters away from others, but for an American in Zagreb, the distance feels much further. 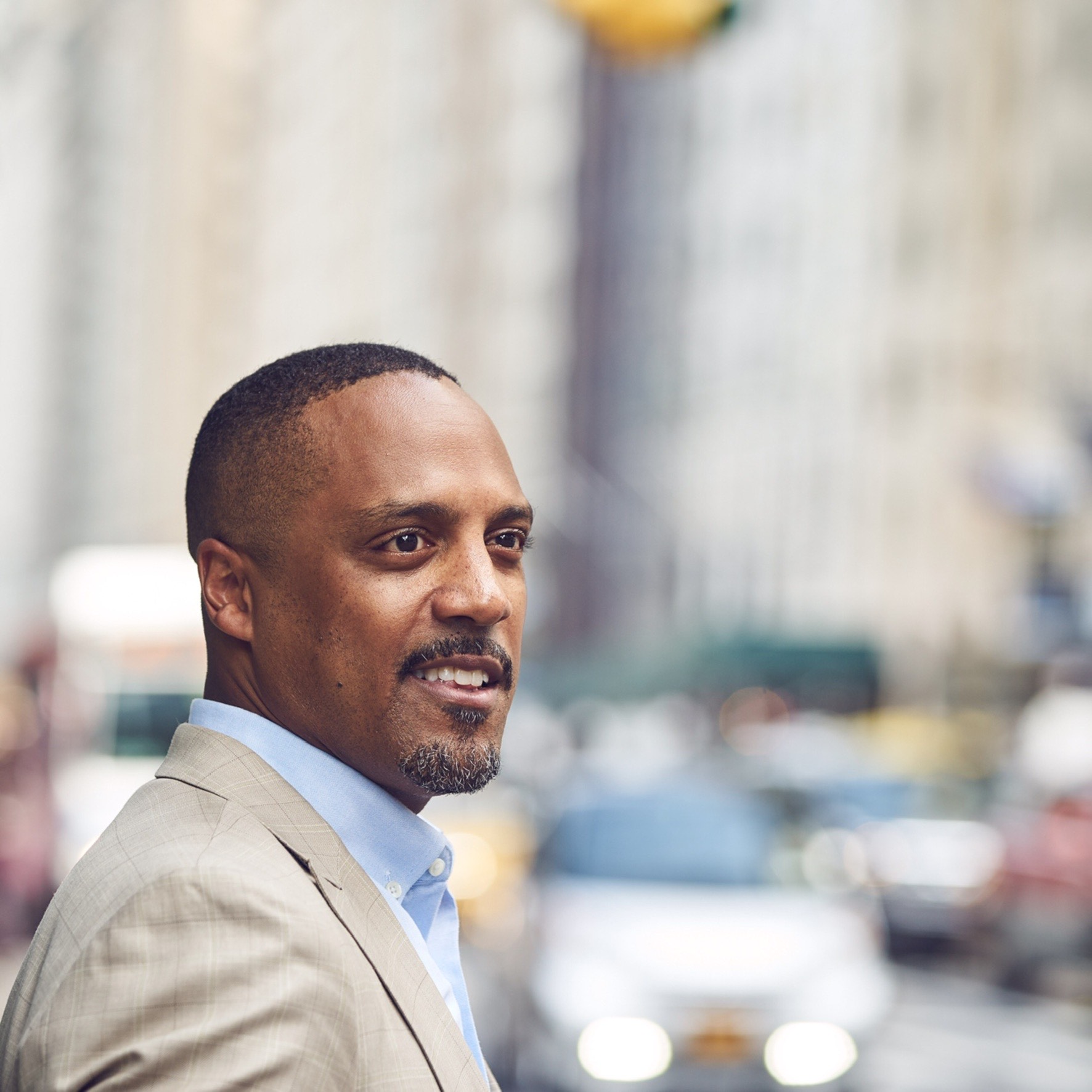 The projected death toll has been revised in recent weeks. Experts now say that the number of COVID-19 deaths in the United States may end up closer to 60,000. As I write this, 38,664 people in the United States have died as a result of the coronavirus. If the new projections are correct, Americans have passed the halfway point of deaths. The revision is welcome. In my head, the vision of the death toll, that full stadium crowd is starting to thin out as it might at the end of a blowout game when fans begin to file out and head for their cars. This helps me rest a bit easier, but I will forever remember watching the true impact of this crisis. That’s because no matter how small the crowd in the stadium gets, I will always recognize one face in the crowd.