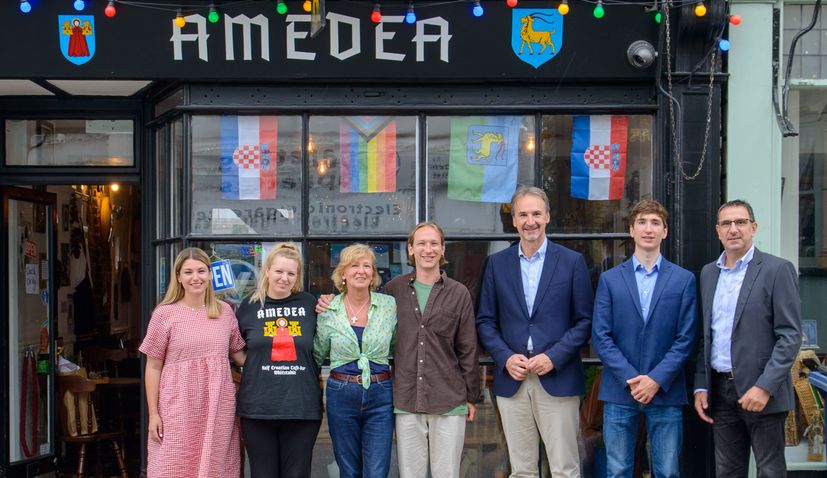 Amedea, the café-bar with a strong Croatian influence just outside of London, has been attracting those looking for a slice of Croatia.

Among the visitors on Tuesday was the Croatian Ambassador to the UK, Igor Pokaz, who turned up to the small seaside town of Whitstable to show support for the café-bar which is promoting Croatian products and Croatia.

Amedea is owned and operated by 29-year-old Ed Thomas, whose Croatian roots he inherited on his mother’s side of the family. Born in Whitstable, Ed was a frequent visitor to Croatia growing up.

Ed opened the bar with the name inspired by his Croatian grandma back in the summer of 2019. “Amedea is the name of my nona. She lives in Kanfanar which is about 20 minutes from Rovinj. Throughout her life she’s been a head mistress, a teacher of national dance, she’s looked after an olive farm and she is also a brilliant painter. Amedea really is an amazing woman, she is a big influence on myself and the bar too,” Ed explained. 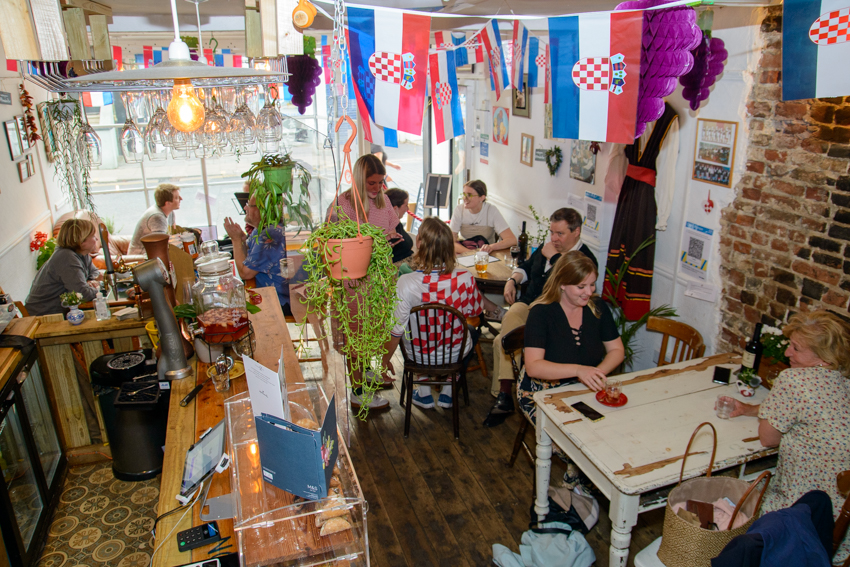 Apart from the seeing the Istrian dancing clothes and instruments, Amedea offers a range of Croatian products, including beers, wines and spirits like San Servolo, Plavac, Postup, Babić, Malvazija, Pelinkovac and Šlivovica. They also sell food and snacks, such as Paški sir, and pršut. 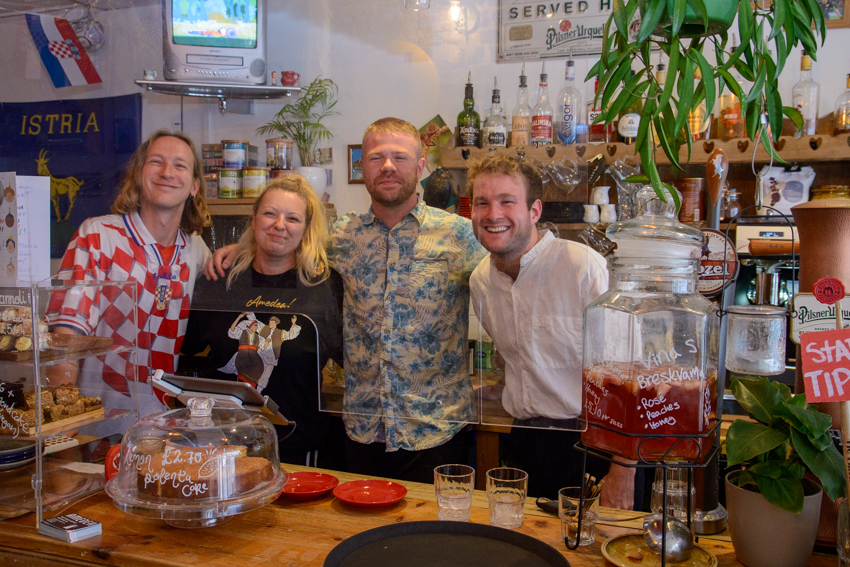 Yesterday, the ambassador, his son Daniel, and friends dropped by to show to check out Amedea and they were welcomed by Ed, his partner Abbie, his sister Saskia and mum Suzi. 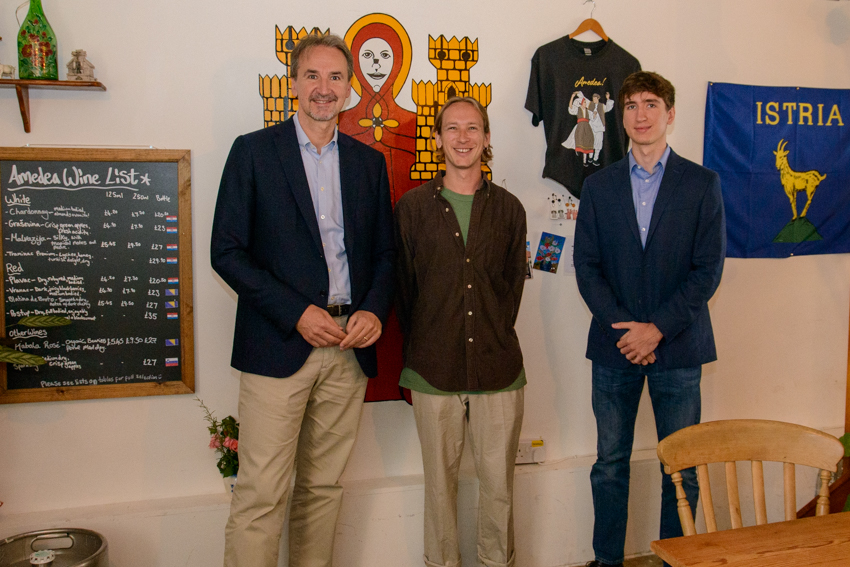 “After a tour of the bar and the garden, we drunk Traminac wine and ate Smoki peanut puffs. We spoke about my bar Amedea, and my grandma Amedea! My mum really couldn’t believe it, her and Igor got on very well,” Ed said, before adding. 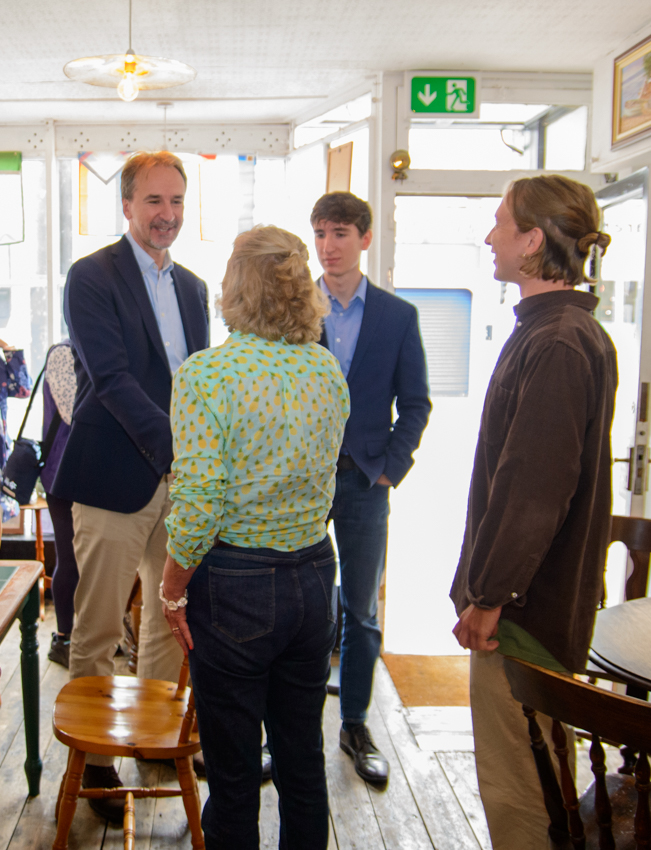 “We also spoke about how my mum and dad met, he was a holiday rep in the old Yugoslavia, and that neither of them could speak each other’s language, just a small amount of German. They’ve been married for 30 years now. We also joked that my mum has since learnt fluent English, and my dad still can’t speak any Croatian!” Ed says that Igor and his son were very easy going, complimentary and humble. “They spotted our ‘Ask for Angela’ signs and praised them, as well as passing their best wishes onto my sister’s new wife, Jaz – the two of them got married last Friday. I think the ambassador liked my café-bar, and he seemed to really relax and enjoy himself, which is what I wanted most,” he concluded. 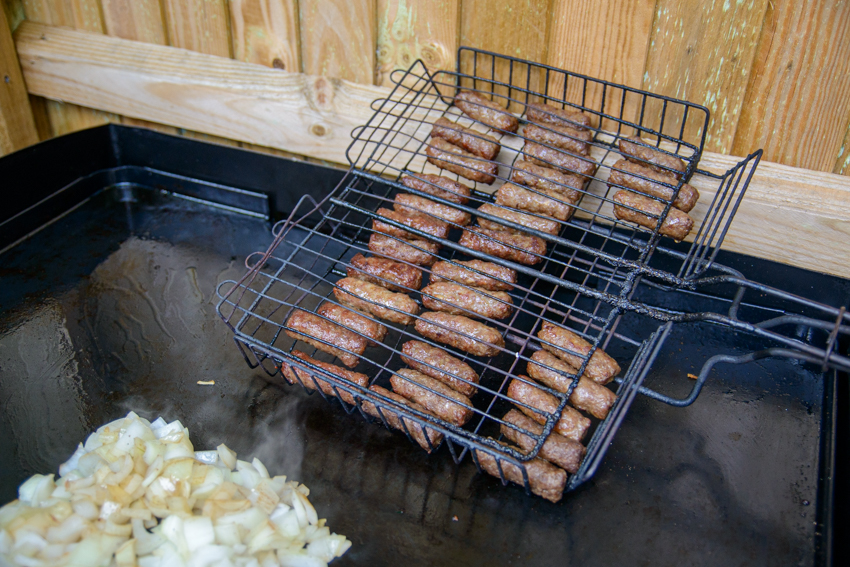 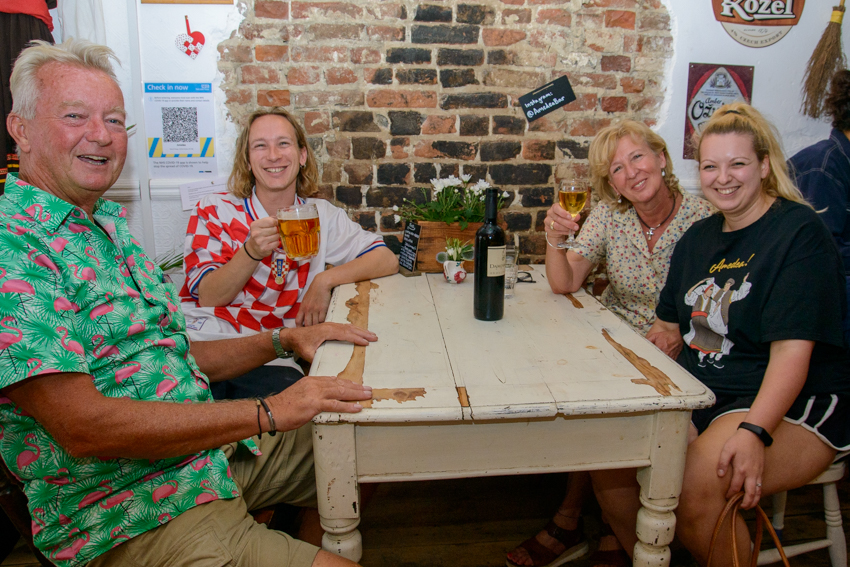