Home » News » Advent in Zagreb in doubt this year 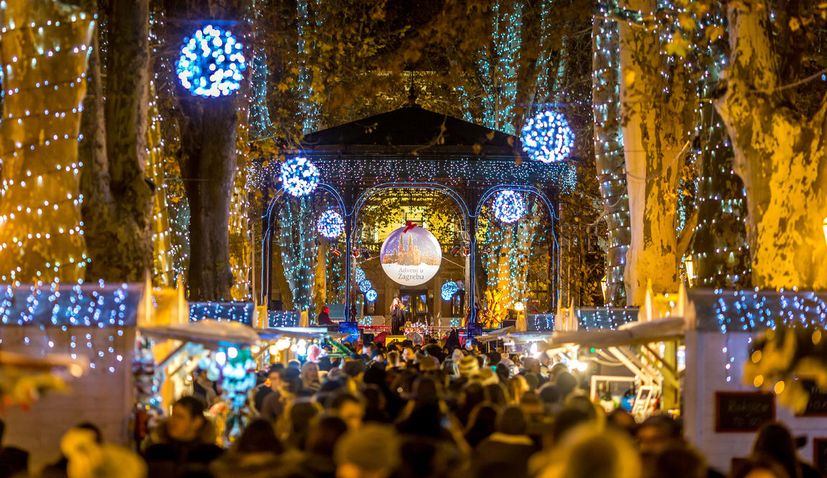 ZAGREB, Oct 17 (Hina) – Zagreb’s tourism industry is suffering losses due to the coronavirus pandemic and the March 22 earthquake, with tourist arrivals and overnight stays at about 30 percent of last year’s figures, and the Advent in Zagreb event is uncertain, Hina has learned from the Zagreb Tourism Board (TZGZ).

“Conditions for holding individual events have significantly changed this year, including outdoor events in the autumn and winter. We are finishing preparations for several autumn events that will once again reaffirm Zagreb as the most important cultural and tourist destination in Croatia, and we are also developing possible scenarios for the Advent,” TZGZ director Martina Bienenfeld told Hina.

She noted that special attention was being paid to the health and safety aspects of these events, adding that the TZGZ was in contact with the relevant city authorities and the national and local coronavirus response teams.

EBD said that this year’s Christmas market in Zagreb would be held from November 27 to January 3, but Bienenfeld pointed out that the TZGZ did not provide these dates or participate in the EBD survey.

“EBD has been promoting sustainable tourism in Europe for years, in cooperation with the European Commission and other institutions, and it compiled this list based on its own criteria which, according to an explanation from its director, included the number of infection cases per million people, the number of hospital beds per capita, sanitary measures and the vicinity of airports,” Bienenfeld said.

“Since Zagreb was voted ‘Best Christmas Market in Europe’ by EBD online polls for three consecutive years, and Croatia was among the countries with a relatively favourable epidemiological picture in September, it is logical that they took us into consideration, and it is definitely positive that we are on the list,” she added.

In the year to the end of September, nearly 283,000 tourists visited Zagreb, generating 624,300 overnight stays, which is 26 percent and 31 percent of last year’s figures respectively. Most of the tourists were from Croatia, followed by those from Germany, Italy, Bosnia and Herzegovina, and Poland. Most of the overnight stays were generated by tourists from Croatia, Germany, Italy, Bosnia and Herzegovina, and the United States.