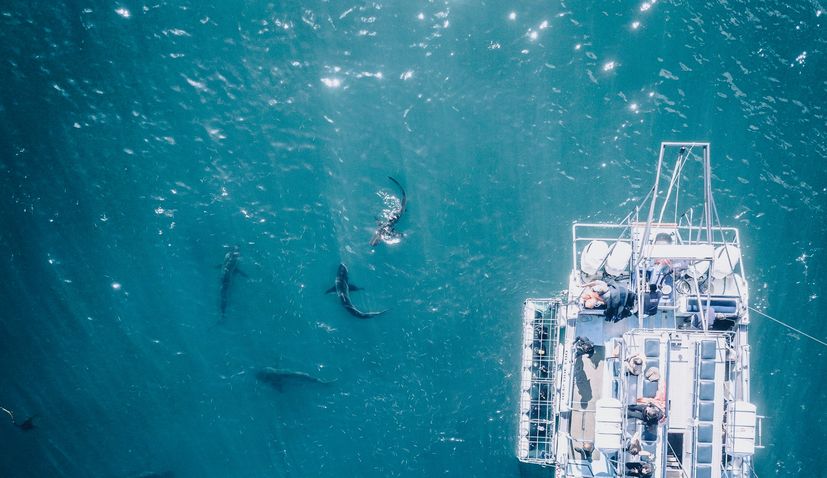 ZAGREB, 22 Sept (Hina) – Research of cartilaginous fish has shown that 60 species of sharks and rays live permanently or arrive from time to time in the Adriatic Sea, and as many as 70% of these species  are endangered.

The findings of the research paper by Alen Soldo of the Department of Marine Studies at the University of Split and Lovrenc Lipej of Slovenia’s National Institute of Biology have been published in the “Fishes”, an international scientific open access journal published bimonthly online.

Their latest research aims to provide “an updated and annotated checklist of the chondrichthyans occurring in the Adriatic waters with their presence and conservation status.”

Each species is evaluated against the criteria defined in IUCN (International Union for Conservation of Nature) Red List Categories and Criteria and according to the guidelines for national and regional level assessments.

In total, 60 chondrichthyan species from 27 families and 42 genera are listed, according to the journal.

33 species of sharks, 26 species of rays and one chimaera in Adriatic

A total of 21 species are assessed as Critically Endangered, 8 are Endangered and 10 are Vulnerable. Of the remaining species, six are Near Threatened and the same number of species are Least Concern and Data Deficient.

The Mediterranean is considered the most dangerous area for the survival of chondrichthyans.

As many as 53% of cartilaginous fish in the Mediterranean are listed in some of the categories of endangered species. The situation in the Adriatic is even worse as 70% of them are endangered.

Researcher Soldo has told Hina that irrational fishing, the polluted environment and climate change are the main causes why sharks, which are at the top of the food chain, are declining.

As for the perception of sharks as dangerous animals, Soldo says that the fear of sharks, at least as far as the Adriatic is concerned, is not rational because only three of the 33 species of sharks in this sea are potentially dangerous: the great white shark and its close relations, the porbeagle and shortfin mako.

Soldo says that there have been rare documented incidents of great white sharks attacking humans, while there has never been any evidence of attacks of porbeagle and shortfin mako, which enter the Adriatic occasionally.

The researcher says that the blue shark, which is common in the Adriatic, is harmless to the human population.

The research paper also points to the uneven laws of Adriatic countries regulating the Adriatic populations of sharks and rays. Consequently, the inconsistent legislation produces an adverse impact on the fish, particularly on the pelagic fish.

However, these fish are protected only in the Croatian part of the Adriatic, and as soon as they leave Croatia they are treated as all other fish.

Therefore, the research paper recommends that “the Adriatic countries adopt the same management measures and strengthen their coordination.”

The paper highlights the importance of detecting locations where cartilaginous fish spawn so that additional conservation measures can be applied.