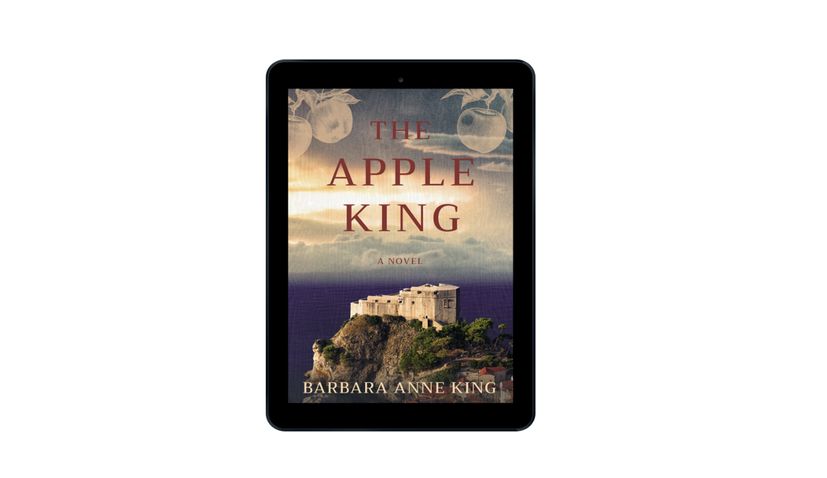 An enthralling World War 1 historical fiction saga about a Croatian immigrant whose impulsive act has consequences decades on. Will a shameful secret keep him from aiding his Fatherland’s freedom? A powerful story of family, fate, guilt, and redemption.

In 1881, Nikola Markovich’s ambitions took him from poverty in Croatia to pursuing his dreams in America. And despite a rocky start, the determined foreigner finds his fortune in the booming California apple business. But years later, his sinful burden resurfaces when he hears word of his homeland’s fight for independence.

As conflict brews in Europe, Markovich can no longer stand by and watch Croatia’s desperate struggle. But when a Slavic diplomat comes to town to lobby for assistance, Markovich is shocked to discover a connection to his hidden disgrace that tears his loyalty in two.

Can the remorseful man put aside his checkered past and help his people rise from the ashes of war?

The Apple King is a riveting standalone historical novel. If you like morally driven characters, multi-generational stories, and epic struggles for justice, then you’ll love Barbara Anne King’s inspiring saga.

Praise for The Apple King…

… The Apple King is a compelling saga of struggle between generations, countries, political objectives, and social transformation. It brings readers into a compelling situation and the life of a young man challenged economically, morally, and ethically by many hard decisions in a fast-changing world.— D. Donovan, Senior Reviewer, Midwest Book Review

… An engaging and heartwarming tale about an enterprising Croatian immigrant in California.—Kirkus Reviews

Barbara said the concept for The Apple King was the result of serendipity. It happened during her book signing for The California Immigrant at Kelly’s Books in Watsonville. “A woman introduced me to a book about Croatians in our area. I purchased Blossoms into Gold and was captivated by the Croatian pioneers’ stories. When I discovered my relationship to patriarchs of the colony and apple industry, I felt a tug at my heartstrings and knew I had to tell their story.”

The Apple King is Barbara’s second novel in her Monterey Bay Series, multicultural stories told form the heart. Barbara was born and raised in Watsonville, California, a third-generation Croatian-American whose great, great uncles were pioneers in the town’s apple industry which they helped develop into the Apple Capital of the World. After graduating from UCLA with a political science degree, she headed east for a job on Capitol Hill. She also worked in broadcast journalism and corporate public affairs before trading the work world for the home front to raise three children. But while she may have left California, it never left her, and she remains a California Girl who is a proud new member of the Native Daughters of the Golden West. Barbara and her husband live in Connecticut.

The Apple King is available at Amazon and independent book stores.