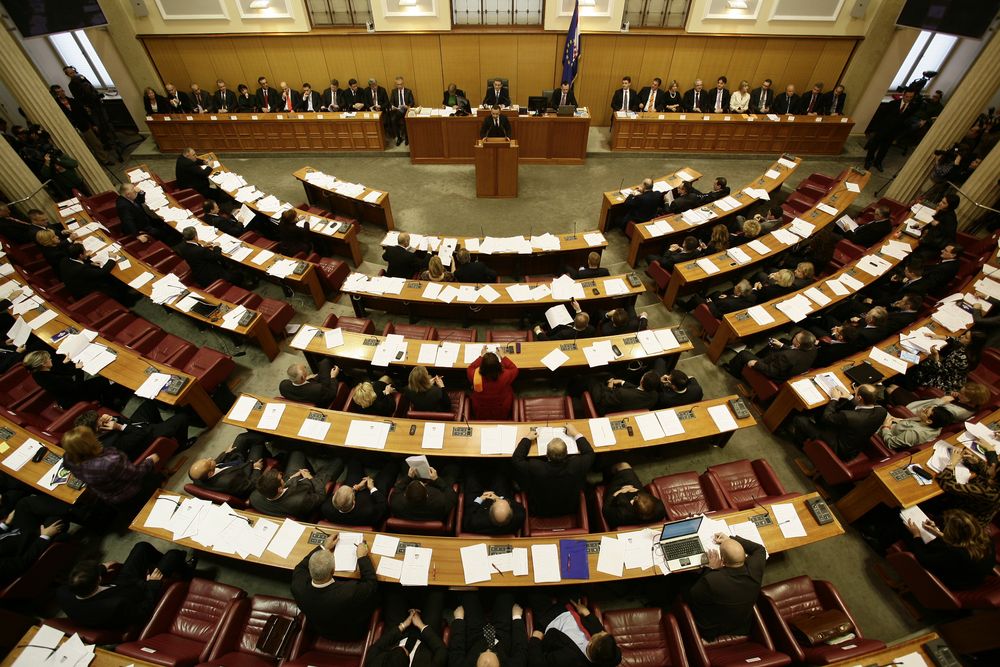 ZAGREB, May 18 (Hina) – Croatia’s ninth 151-seat parliament on Monday ended its last session with the majority voting for parliament’s dissolution.

Of the 76 votes required, 105 lawmakers voted for legislature’s dissolution, four MPs abstained and 8 voted against.

It is now up to President Zoran Milanovic to determine the date of the parliamentary election for the tenth Sabor since Croatia gained independence.

The election has to be held within a period between 30 and 60 days of parliament’s dissolution which means that the election could be held as early as June 21 and no later than July 12.

The parliament sat for 421 days and discussed 1,702 items on its agenda since it was established in mid-October 2016, Parliament Speaker Gordan Jandrokovic said after the dissolution of the 151-seat legislature.

“We spent 421 days for our sitting, more than previous parliaments. For instance, the fifth parliament sat for 298 days, sixth for 332, the seventh for 393, and the eighth parliament spent 58 days in sitting,” he said at a news conference.

“Contrary to criticism against lawmakers, it seems to me that we have made parliament’s work more dynamic,” Jandrokovic said, adding that this was also evident in the statistical figures.

Considering Croatia’s Presidency of the Council of the European Union in the first half of 2020, Jandrokovic said that unfortunately, the plans for the presidency could not be fully implemented due to the coronavirus epidemic.

The president added that prime minister Andrej Plenkovic had reached out to him before he informed the public of the ruling majority’s intention to dissolve the parliament on Monday.

Milanovic said that he had asked the prime minister if he had any preference regarding the date of the election and that Plenkovic’s answer was that he had “none at all”.

Four possible dates for holding the parliamentary election are 21 or 28 June, or 5 or 12 July.