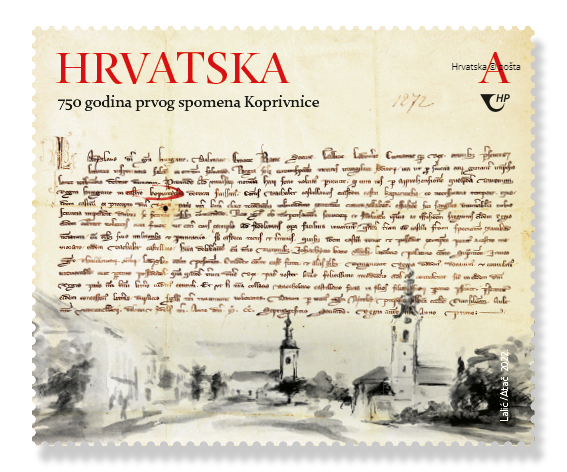 ZAGREB, 17 January 2022 – On 18 January 2022, Croatian Post will put into circulation a new commemorative postage stamp on the occasion of the 750th anniversary of the first mention of northern Croatian city of Koprivnica.

The motif on the stamp is a view of the city with a grant from the collection of the Croatian Academy of Sciences and Arts, while the authors of the stamp are Alenka Lalić, a designer from Zagreb, and Zlatko Kauzlarić Atač, an academic painter from Zagreb.

The edition was realised in cooperation with Dražen Ernečić, President of the Matica hrvatska branch in Koprivnica as the initiator and collaborator on the project. 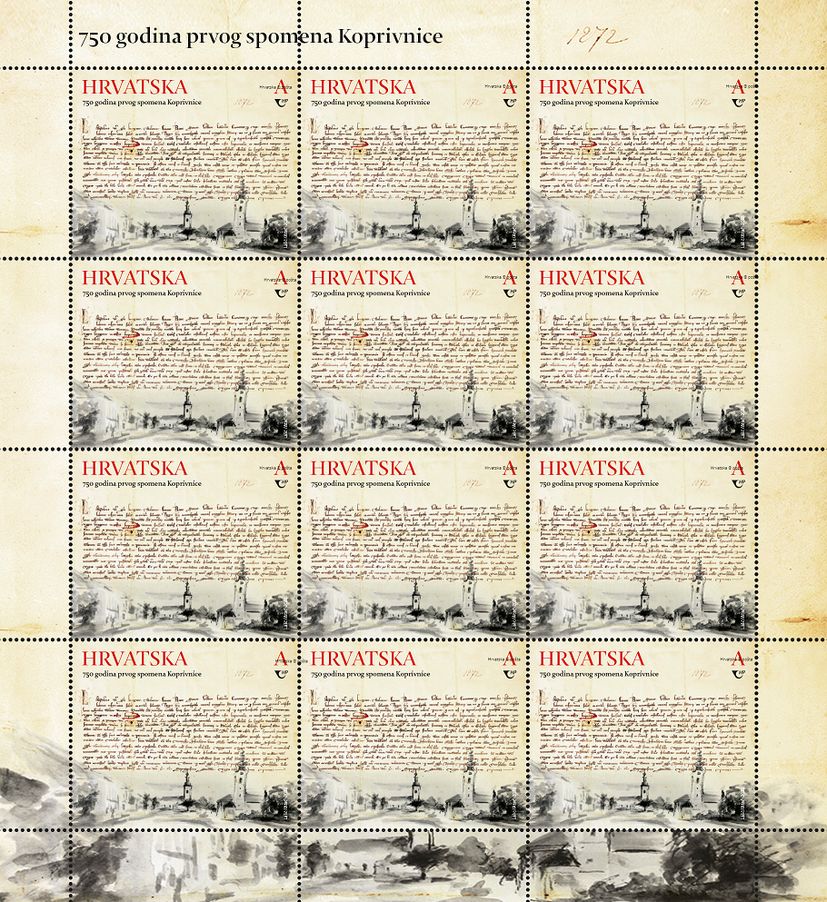 Koprivnica, located in the heart of Podravina, is proud of the high quality of life of its citizens. Innovation, creativity and economic development are just some of the aspects that make Koprivnica one of the most developed cities in Croatia.

It was first mentioned as a settlement in 1272 in the grant of Prince Ladislav IV. Kumanca, and the name is due to the eponymous river that flows through the southeastern part of the city. In 1292, the Franciscans came to Koprivnica and built a parish church and monastery there, and Koprivnica became an increasingly important social, economic and traffic centre of the upper and central Podravina.

By the Charter of King Louis I of Anjou, Koprivnica became a free royal city on November 4, 1356, and this date is still celebrated today as the Day of the City of Koprivnica.

Koprivnica is a city that with its policies maximally encourages economic development and education, both as the basic foundation of development. The economic significance is reflected in the industrial development led by one of the largest food companies – Podravka. At the same time, the construction of suitable infrastructure has started the trend of establishing small companies whose basic motto is sustainable development.

Through a series of measures, young families and young people in general are trying to provide the best possible living conditions in the city, so in 2021 Koprivnica received the City for Youth certificate, while the status of City Friends of Children has been for many years. Some important measures are certainly the favourable price of kindergartens, favourable land for young families, scholarships for all students and, by providing free textbooks, workbooks and notebooks, providing equal educational opportunities for all students.

The added value of city life is reflected in environmental awareness. Koprivnica is one of only three Croatian cities that has already met and exceeded the EU norm of 50 percent of separate waste collection.

Many important projects have been funded by European Union programs and funds. Koprivnica was among the first in Croatia to launch electro-mobility in public transport by providing public transport using electric buses. The city has excellent cooperation with many cities in neighbouring countries, and cooperates with some in several European cross-border projects.

The cultural content consists of museums, galleries and sights through which one can get to know the history and artistic component of the city. During the year, many events are organised, and the most important is the Renaissance Festival, also included in the TOP events. 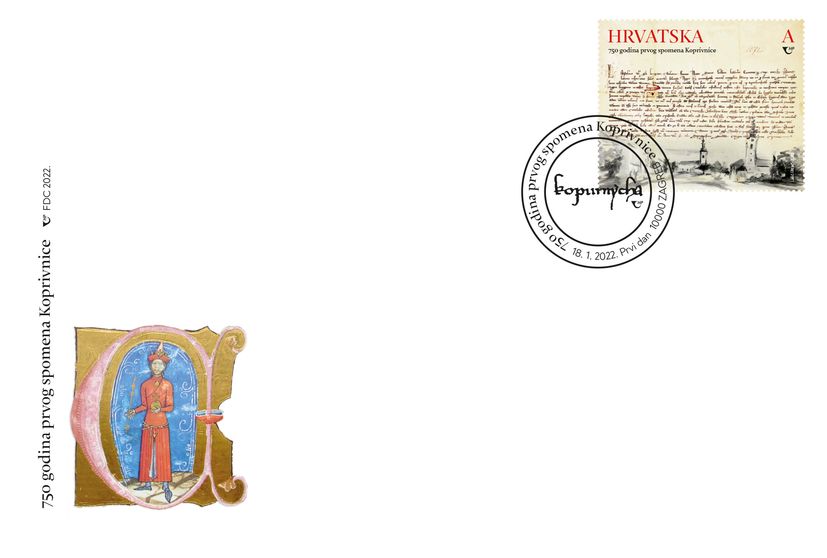 The text on the occasion of the release of the new commemorative stamp was written by the Office of the Mayor of Koprivnica.