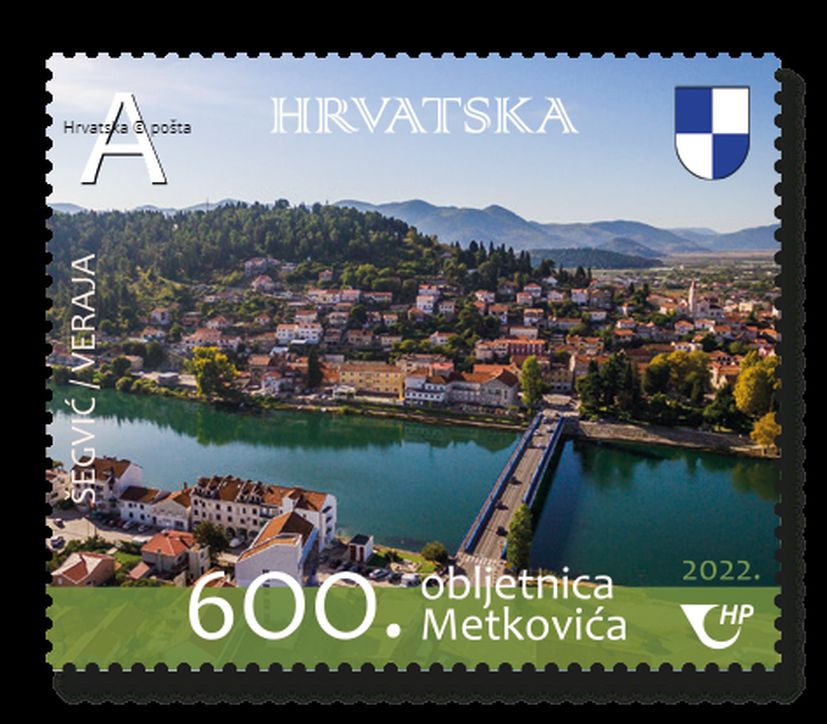 ZAGREB, 14 January 2022 – On 17 January 2022, Croatian Post will put into circulation a new commemorative postage stamp on the occasion of the 600th anniversary of the Croatian town of Metković.

The motif on the stamp by Duje Šegvić, a designer from Split, is a panorama of Metković, according to a photograph taken by Marin Veraja.

The value of the stamp is marked with the letter A, which corresponds to the amount of postage for a local letter weighing up to 50 g and for a local postcard. The stamp was issued in a sheet of 20 stamps, and the circulation of the edition is 30,000 copies. The Croatian Post also issued a First Day Cover (FDC). 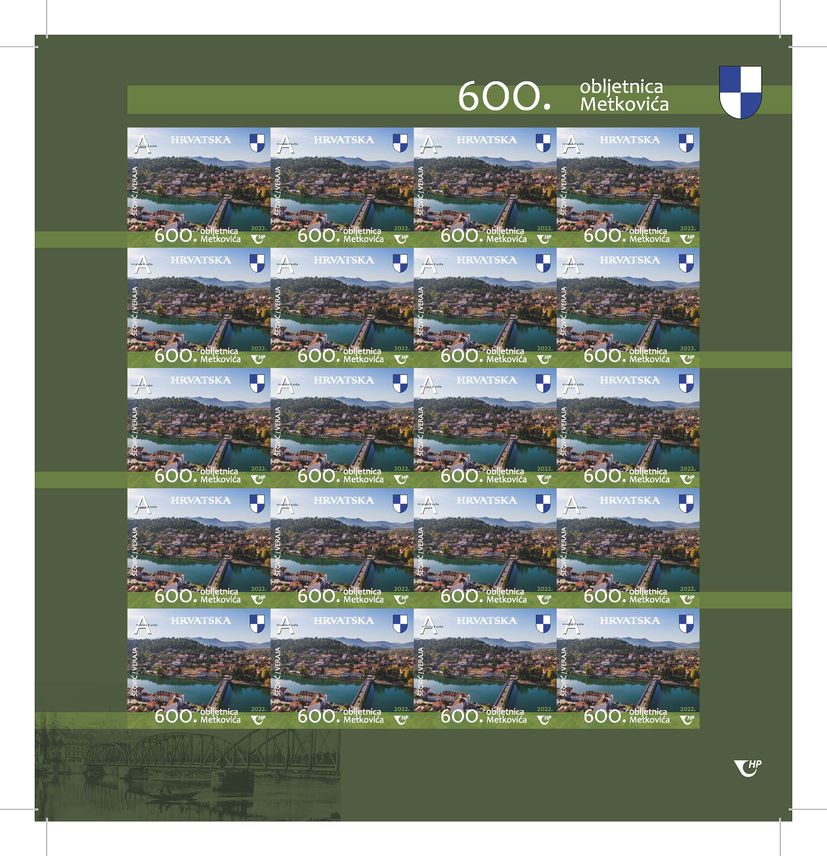 Located along the Neretva River, about twenty kilometers upstream from its mouth, Metković owes the first mention of his name in historical writings. Namely, on January 17, 1422, Dubrovnik customs officers intercepted a ship on the Neretva River near Metković and confiscated the cargo. The owner of the boat complained to the Dubrovnik prince about the customs officers, which remained recorded in the Dubrovnik archives.

Traces of life in the Metković area have existed since prehistoric times, and in antiquity there was the Roman Narona nearby, the second largest city on the eastern Adriatic coast. Metković in the Middle Ages, obviously, did not have much significance. From the time of the Ottoman occupation, it is mentioned as a large and rich village that was repeatedly attacked and looted by the Uskoks.

The Peace of Požarevac in 1718 determined the border between the Ottomans and the Venetians, to whom Metković belonged. During the French occupation it was associated with the so-called Napoleon’s road and becomes the municipal center. The real development followed during the second Austrian administration in the middle of the XIX. century. The place gets a port office and post office, a road connects with Mostar, and a port is being built on the right bank of the Neretva.

In 1885 it was connected to Mostar by railway, and in 1895 a bridge over the Neretva was built. Metković thus became a strong trade and traffic center (permanent ferry connection with Trieste), and the development of civic life began.

The Neretva National Library, Civic Music was founded, Hotel Austria was built, theatrical life was started … In 1919, NK Narona (Neretva) was founded, and then the Metković Tennis Club. Between the two wars, the port of Metković became the second busiest on our Adriatic coast. After the Second World War, trade and the economy were restored, and many companies attracted workers to the city, so the population grew. During the Homeland War, the city suffered several air and artillery attacks.

In 2011, the town of Metković had 16,788 inhabitants in its settlements of Metković, Vid, Prud, Dubravica and Glušci. It is still the administrative, judicial, educational, cultural and sports center of the Neretva Valley. It is the city of the Archaeological Museum of Narona and the Natural History Museum of Metković, which has yet to use its tourist potential. 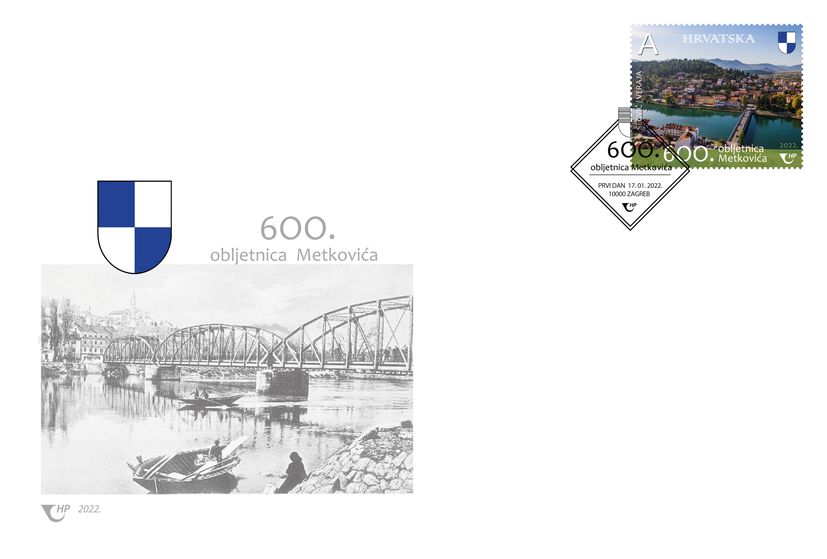 The text on the occasion of the release of the new commemorative stamp was written by Ivica Puljan, president of the Civic Association “Metković 600”.