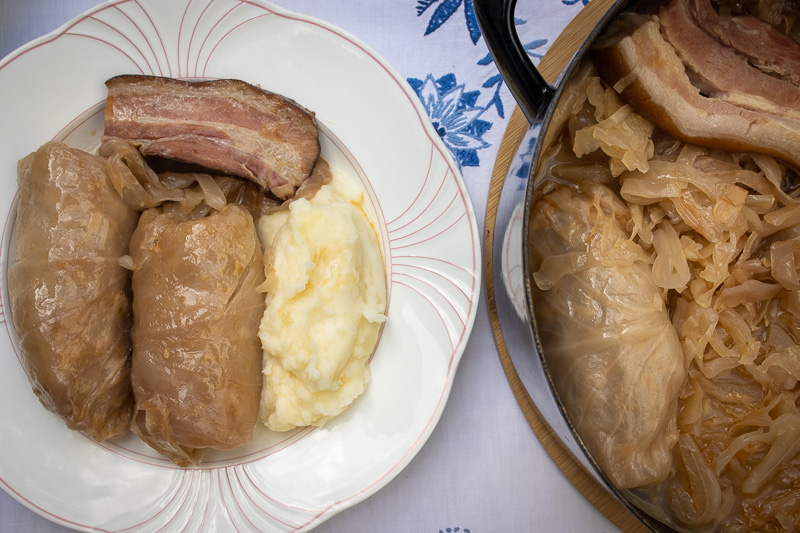 Andrea Pisac, author of the best-selling Croatian desserts cookbook, has launched a new cooking masterclass. This time, she teaches us how to make the best sarma ever.

Check out the Masterclass here.

But before you roll up your sleeves, learn a few facts about sarma that Andrea is sharing with us.

Often voted the number one Croatan dish, sarma is the herald of joy and comfort. We usually share it with our family and friends so sarma also means closeness and togetherness.

Apart from signalling delicious coziness to our tummy, there are quite a few facts to know about sarma. Some might surprise you.

In Croatia, sarma is the name of the dish. But the word sarma is of Turkish origin and it means ‘wrapped’.

In Turkey and other Middle Eastern countries, different fillings can be wrapped in different leaves. For example, meat + rice in a cabbage or vine leaf. Vegetables + rice in a kale leaf.

The combinations are almost endless. Most importantly, they usually include a vegetarian version.

In Croatia, on the other hand, sarma is always a meat dish. Nouveau cuisine aside, Croatian sarma is filled with the combination of beef and pork + rice.

Our sarma is always wrapped in sauerkraut leaves, which makes it a perfect winter dish. In some instances, people might use cabbage leaves too, if a sauerkraut head is not easily available.

When Sarma is served

Sarma is best when it’s cooked in a large pot. This tells a lot about when it’s served too.

You can, of course, eat sarma whenever you please, but it is a standard practice to make sarma for a large number of people, and for a festive occasion.

Christmas and New Year are the most common times of the year when a Croatian home will stock sarma. There will be large family get-togethers, there will be celebrations, there will be loafing around the house. All perfect opportunities to feast on the evergreen sarma.

Plus, the weather is usually cold enough to store your sarma pot outside (hint: the pot is so big it hardly fits in the fridge).

Another feature of sarma is that it gets better after a couple of days. This is the reason why mothers will pack pots of sarma for their student children to take with them.

This is also why Croatians load on sarma when they go skiing!

How to roll sarma

Rolling sarma is one of the trickiest parts of the recipe. It takes a good technique and lots of practice to get a real hang of it. The goal is to get a nice looking sarma but also to keep the filling safe inside.

The folding technique will have the ends of the sarma folded inside. This is the easier one to master. But, with this approach, there is nothing keeping the filling inside apart from the weight of other sarmas on top. 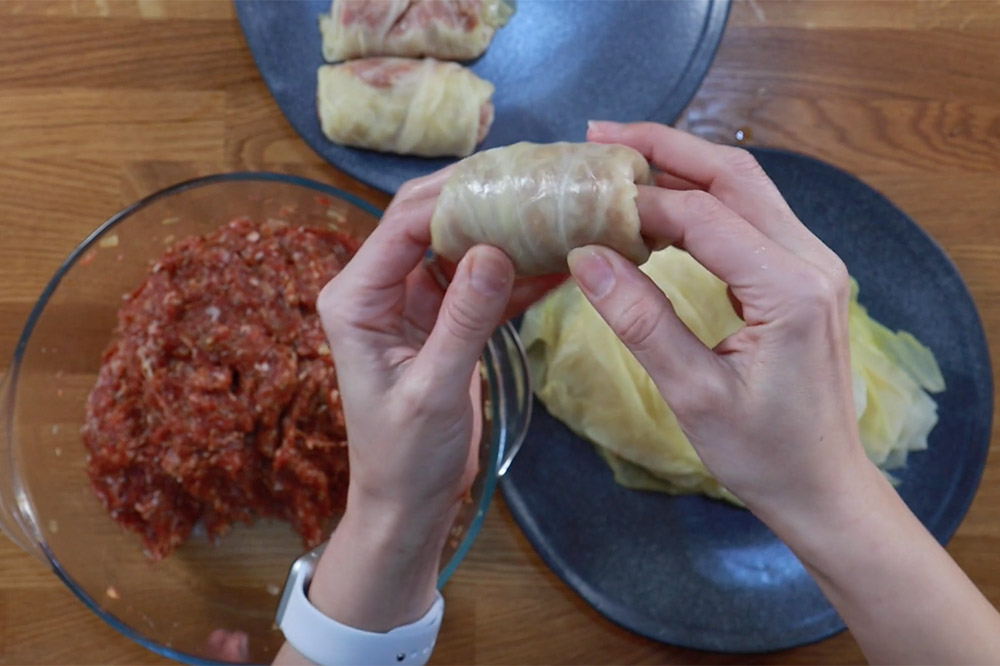 The more difficult one is the tucking technique, when we tuck the side ends into the sarma. Rolling sarma this way produces a much nicer end product and the filling never falls out.

Even the most experienced sarma chefs sometimes struggle with rolling. This can happen when the sauerkraut leaves are not thin and supple enough. To remedy this, always remove the central vein from the leaf.

What goes well with sarma

As much as we believe that nothing matches sarma, there are some side dishes that go really well with it.

Sarma is perfect with creamy mashed potatoes – pire krumpir in Croatian. If you don’t have time to fuss around with mashing, just boil potato cubes. They will sop up the sarma stock and all the flavours anyway.

If you’re short of time, or you’re just reheating your last week’s sarma, eat it with a slice of bread. Try the rustic corn bread – break off the pieces and dunk them in sarma juices.

Believe it or not, sarma goes incredibly well with cream. But to take things to the next level, try it with creamed horseradish sauce. This is how they eat sarma in Slavonia.

To make horseradish sauce, great some horseradish and soak it for 10 min in hot water. Drain, and combine with 2-parts sour cream and 1-part mayonnaise. Season with salt and apple cider vinegar. 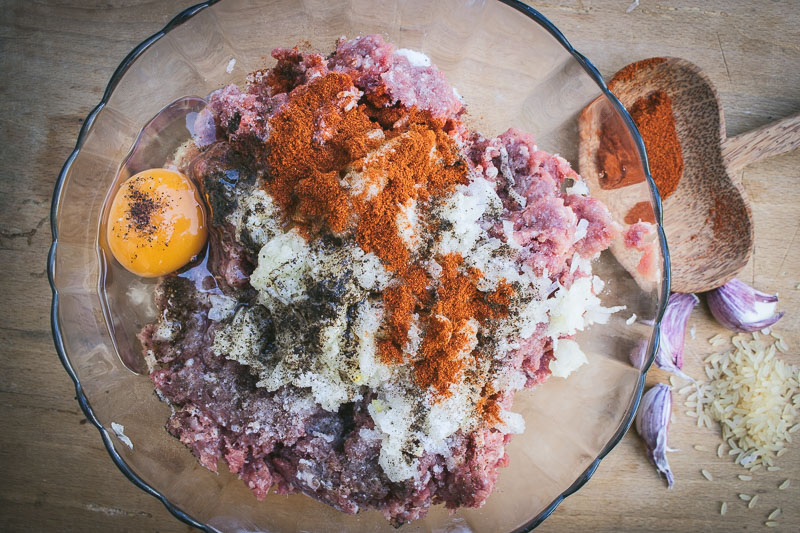 Yes, there are variations in Croatian sarma too. We already said that a vegetarian sarma is a contradiction in terms. Some people do practice it, with soya or pulses such as lentils and chickpeas.

There are, however, more common variations to rice. This is because rice has never been a dominant grain in Croatia. Some 100 years ago, it was mostly barley and buckwheat.

Next time you make your sarma, try substituting rice for barley to get a more rustic flavour. Buckwheat will give it a crumblier texture. 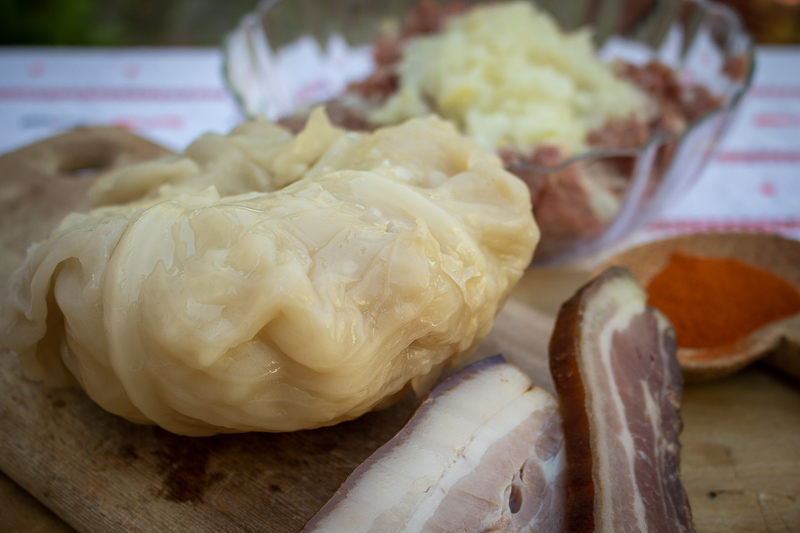 There is another cousin to sarma, which is a speciality from Sinj. Sinjski arambašići is ground beef wrapped in sauerkraut leaf. Yes, just meat (no grains) and just beef (no pork).

Now that you have your sarma facts sorted, it’s time to learn how to make this classic Croatian dish.

Hop over to Andrea’s Sarma Masterclass, where she takes a deep dive into how to make the best sarma ever.

Make the most of 20% discount available only until Easter by clicking HERE.