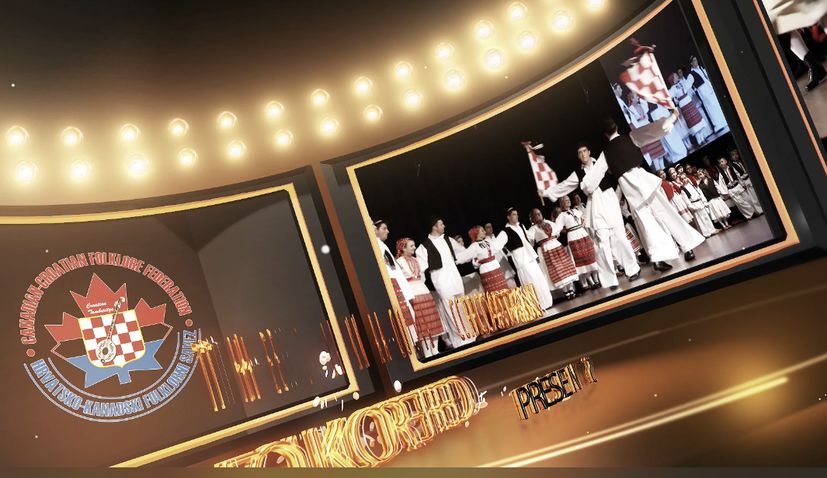 “Join us on Saturday May 22nd at 7pm EST as the Canadian Croatian Folklore Federation (east) presents its 47th annual folklore festival, for the second time virtually. We’ll share new and different performances with one or two twists added for fun. The event will be shown on our youtube channel: Canadian Croatian Folklore Federation,” organisers said, adding.

“Last years’ first virtual festival was a success and so it was decided to continue with the tradition even though we can’t in person. Jeanne Valetic and Marija Capin as hosts alongside producer Brian Capin.”

The link to the YouTube channel where you can watch is HERE.

The Canadian-Croatian Folklore Federation (East) (Hrvatsko-Kanadski Folklorni Savez (Istok)) was formed in 1973, with the goal of preserving, promoting and safeguarding authentic Croatian folklore heritage and passing this on to the younger generations, most born outside of Croatia.

The Federation also organizes annual seminars in order to assist with the education of instructors and potential instructors. For the last 30 years, these seminars have been conducted by Ivo Ivancan (former artistic director of the National Ensemble “LADO” and Maestro Sinisa Leopold, director and conductor of the Tamburaski Orkestar Hrvatske Radio Televizije.

Besides seminars, there are two large annual events take place under the auspices of the Federation: the fall Tamburafest, and of course, the Canadian-Croatian Folklore Festival (East) on the Victoria Day weekend in May. The first Folklore Festival took place in Sudbury in 1975.