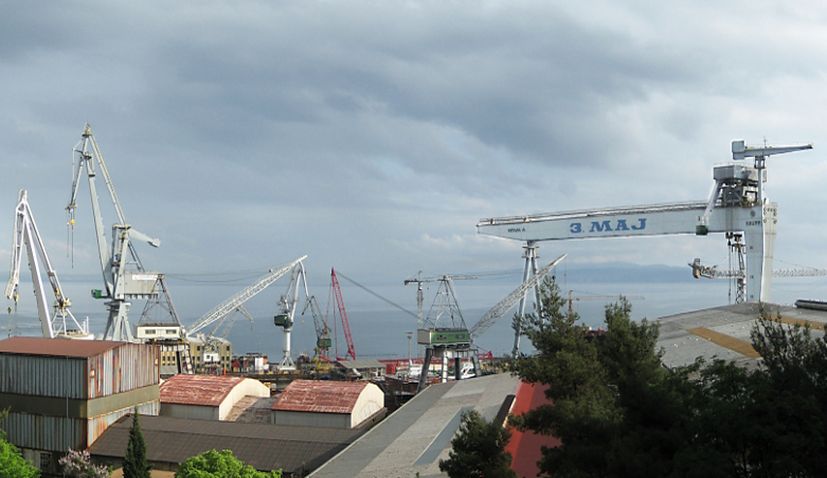 ZAGREB, July 2 (Hina) – Executives of the 3. Maj shipyard and MKM Yachts which does business as part of the Australian Scenic Group, on Thursday signed an agreement whereby the dock has issued part of the maritime belt in a sub-contract to MKM Yachts.

The sub-contract on business cooperation is valid for 10 years.

The sub-contract deals with the operations related to cooperation with the Scenic Group which is currently building its first ship at the Rijeka-based dock and plans to build 4 luxurious passenger cruise ships with a total value of €860 million.

The Rijeka shipyard submitted a request which the government approved to provide 21,493 square metres of the dock as a sub-concession to MKM Yachts for 10 years.

During the signing ceremony, Transport and Infrastructure Minister Oleg Butkovic underscored that the government had issued its approval in June so that the sub-contract could be signed today. This is just another in a series of positive decisions that the government had made in the past year related to the 3. Maj dock which has revived, is functioning and has made headway, said Butkovic.

“We still have two guarantees that the government needs to issue. The government has confirmed its intent to do so very soon so that production at 3. Maj can continue on a positive path,” he said.

The shipyard’s director Edi Kucan said that the agreement signed meant that together with the company the agreement was signed with, they will develop several polar passenger cruise ships. We will practically have two shipyards at the 3. Maj dock which will be intensively mutually connected and will use all available resources with the aim of reducing costs to a minimum and for both to be competitive on the global market,” he said.