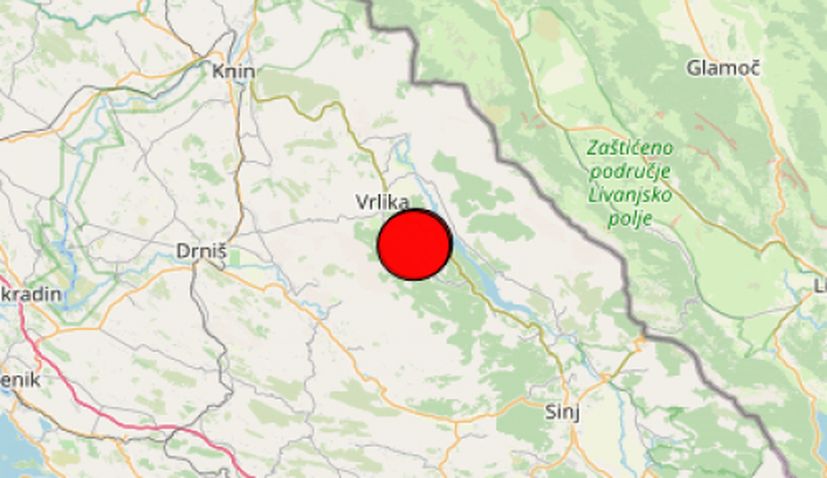 ZAGREB, 7 March 2021 – A moderate earthquake hit Dalmatia early on Sunday morning with the epicentre in the hinterland.

The magnitude of the earthquake was 3.4 according on the Richter scale, the Croatian Seismological Service said.

Today, March 7, at 8:09 a.m., seismologists from the Croatian Seismological Service recorded a moderately strong earthquake with the epicentre near Vrlika. The magnitude of this earthquake was 3.4 according to the Richter scale, and the intensity at the epicentre was IV-V (four to five) degrees of the EMS scale,” the Croatian Seismological Service said

Vrlika is located in the Cetinska Krajina region in Split-Dalmatia County. It is situated 40 km northwest of the town of Sinj between the towns of Sinj and Knin.

There were reports from people on EMCS of the earthquake being felt on the coast in Zadar, Šibenik and Split.

Previous internet detection in #croatia 10 min ago is confirmed by seismic signal pic.twitter.com/XTOerXS32F