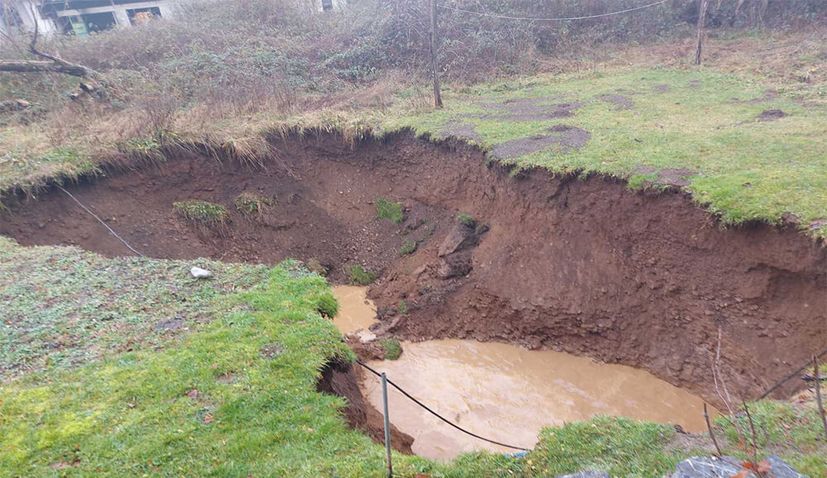 ZAGREB, 23 January (Hina) – The town of Hrvatska Kostajnica, located some 50 kilometres of the epicentre of the 29 December 6.2 earthquake, has sustained considerable damage from that disaster, and several hundred houses were either destroyed or damaged in that community with about 2,700 inhabitants.

So far 26 houses have been declared unfit for use.

The mayor Dalibor Bišćan has recently said in an interview with Hina that reports about the quake damage are still being complied and sent to the relevant authorities.

A representative of the Sisak-Moslavina county task force for dealing with the aftermath of the quakes, has informed Hina that so far 400 chimneys and roofs in Hrvatska Kostajnica have been repaired since the December earthquake

This town on the left bank of the Una River, which is also the borderline with Bosnia and Herzegovina, has been exposed to natural disasters in the recent years.

Mayor Bišćan recalls that the quake was the third disaster in a short period.

He recalled disastrous floods and landslide that occurred in March 2018 when 12 family houses were destroyed.

Municipality of Dvor: So far 1,024 reports about quake damage

The mayor of the nearby municipality of Dvor, Nikola Arbutina has told Hina that the earthquake caused damage to this municipality which consists of 60 villages scattered on an area large over 505 square kilometres.

Arbutina, has said that most of Dvor 5,500 inhabitants are elderly citizens, living far from the municipality’s centre.

To date, the authorities have received 1,024 reports about the quake damage.