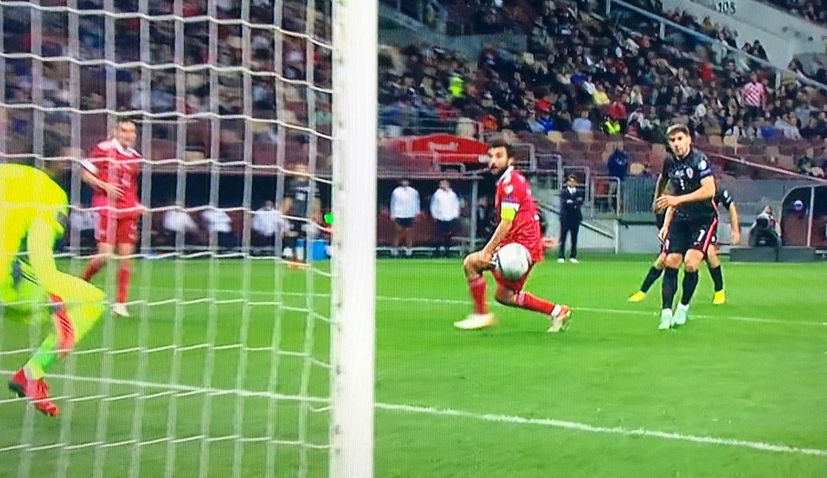 Croatia and Russia shared the points in Moscow

MOSCOW, 1 September 2021 – Croatia and Russia have shared the points in their top of the table 2022 World Cup qualifier after a 0-0 draw in Moscow on Wednesday night.

Coach Zlatko Dalić handed a debut to Stuttgart left-back Borna Sosa, whilst Mario Pašalić replaced the injured Luka Modrić in the midfield. Ivan Perišić was given the captain’s armband in Modrić’s absence.

Croatia looked urgent early on with the midfield quartet of Mateo Kovačić, Pašalić, Marcelo Brožović and Nikola Vlašić quickly controlling possession, using Sosa often out wide on the left to deliver crosses into the box.

Although they enjoyed more share of the ball, it was not until the 40th minute before Croatia started to threaten the Russian goal.

First when Chelsea midfielder Kovačić escaped three players to thread a magic ball through towards Andrej Kramarić but the Russian keeper managed to just get to the ball first.

Perišić was next to come close but his shot off balance with his weaker right foot from inside the box went wide. Russia had one good chance in the half, but Dominik Livaković tipped Zakharjan’s shot over the bar.

Russia would almost take the lead at the start of the second half but again Livaković would make a good save. The game started to open up more in the second half as both sides chased a winner.

Dalić would introduce Luka Ivanušec for Pašalić and with 10 minutes remaining he would nearly find an opener but his shot was saved by Huilherme.

Croatia finished the match the more aggressive with Kovačić coming close in added time, but they were unable to find a way through and had to settle for a point. Croatia will meet Slovakia next on Saturday.