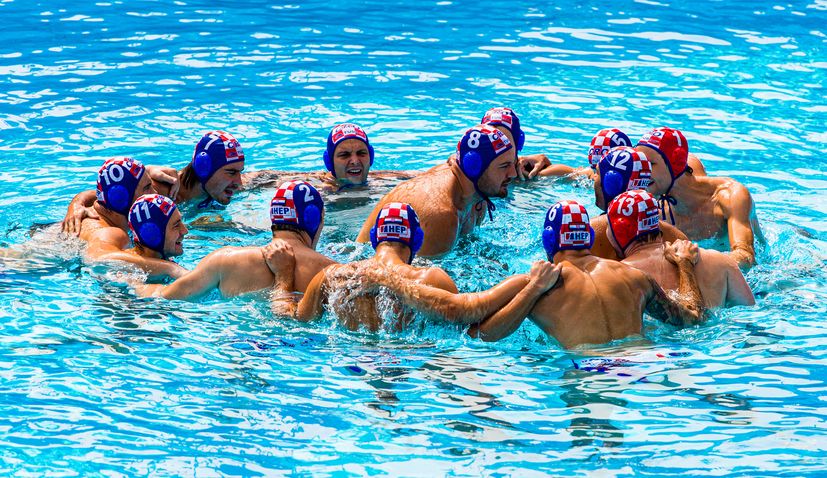 Defending champions Croatia were forced to play Hungary in the 3rd/4th playoff match this morning after losing their semifinal to Spain on Thursday.

Hungary took an early lead in the match when Harai scored but it would be the only time they would lead in the match. Fatovic and Jokovic would find the back of the net and with keeper Bijac in fine form again Croatia would lead 2-1 at the end of the first quarter. Hungary equalised before Jokovic, who had an unbelievable match, regained the lead for Croatia. Milos would then score to stretch the lead at the end of the second quarter.

Both teams traded goals in a tight third quarter with Croatia holding the advantage 6-5 heading into the final 8 minutes.

Jokovic again extended Croatia’s lead to 3 goals with two more goals before Harai narrowed the gap to just one with 3 minutes remaining. Hero of the day Jokovic then socred before Benic made it 10-7 to make sure of the vicotory with just a minute and a half left on the clock.

Croatia had just the one loss at the tournament, against Spain, with victories over Australia, USA, Kazakhstan, Germany and Hungary. The bronze medal was the 7th medal in a row Croatia as won at the world champs.