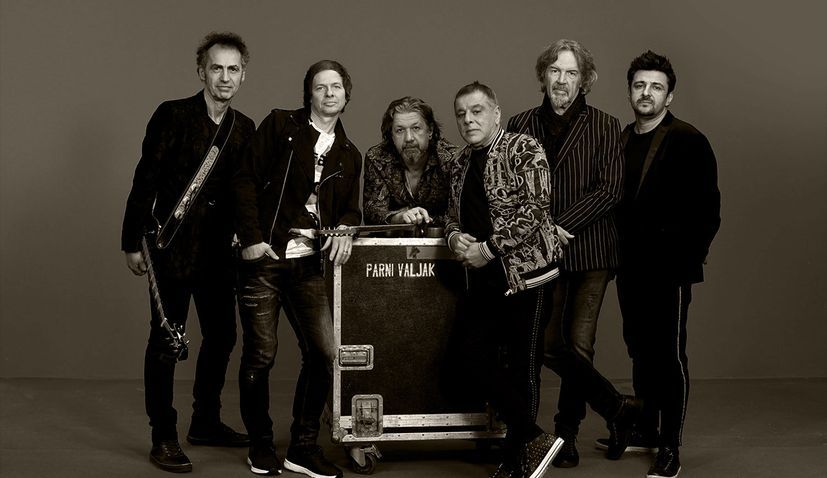 150 radio stations across Croatia and the region played the premiere of the song ‘Ponovo’  by Parni Valjak simultaneously at 3 pm today in honour of their singer Aki Rahimovski who passed away on Saturday.

The song, which was the last song Rahimovski sang with the band, was played by the radio stations at the time Rahimovski was farewelled at Mirogoj cemetery in the Croatian capital Zagreb on Thursday.

The song, for which the music video was to be recorded this week and which was supposed to be the announcement of Parni Valjak’s tour and a new studio album, was written by Husein Hasanefendić Hus.

Rahimovski, who was one of the lead singers of the legendary Croatian rock band, passed away suddenly on Saturday at the age of 66.

He was born on June 5, 1955 in Niš, but soon moved with his family to Skopje. As his father was a music professor, at the age of seven he started going to music school, playing piano and singing. As a teenager, he was a member of several bands, including Grupa Vakuum, Krvna braća and Grupa Torr, with which he performed at the 1975 Zagreb Festival.

In 1975 he met guitarist and composer Husein Hasanefendić – Hus and Jurica Pađen. In the same year, in cooperation with the manager Vladimir Mihaljek Miha, they founded the first line-up of Parni Valjak.

Since then, Parni Valjak released 16 studio albums, 14 singles, 5 live albums, 4 compilations, and 2 concert DVDs. They are the recipients of over 15 Porin awards and numerous other awards and recognitions.