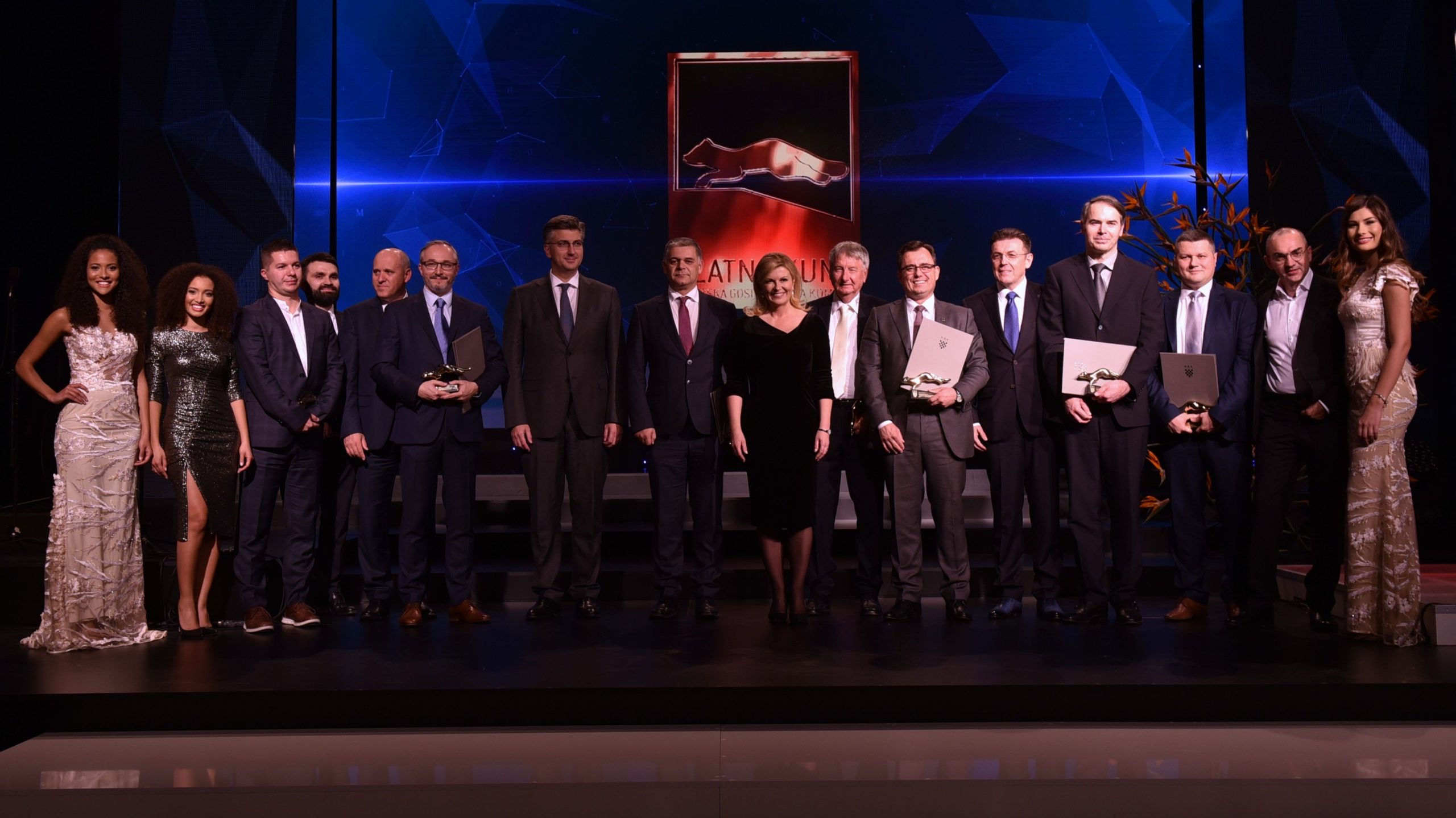 The President of the Republic Kolinda Grabar-Kitarović participated in the “Zlatna kuna” awards ceremony, a recognition presented by the Croatian Chamber of Economy. In her address, she stated that this event is important because it expresses our gratitude to all those on whom the economic development of the country depends.

As an indicator of the success of Croatian businesspeople, she noted that in 2017 the employment rate increased by 5.7%, total profits by 9.5% and net earnings were 21.9 billion kunas.

She remarked that Croatian entrepreneurs have demonstrated for decades that they can be successful in all aspects of economic activity and deal with the various challenges. “And as we recognize your distinctions and celebrate your accomplishments, we also respect the fundamental values and principles you represent, which are innovativeness, creativity, hard work, commitment, perseverance, professionalism, all values that are deeply rooted in the Croatian people”, President Grabar-Kitarović noted. 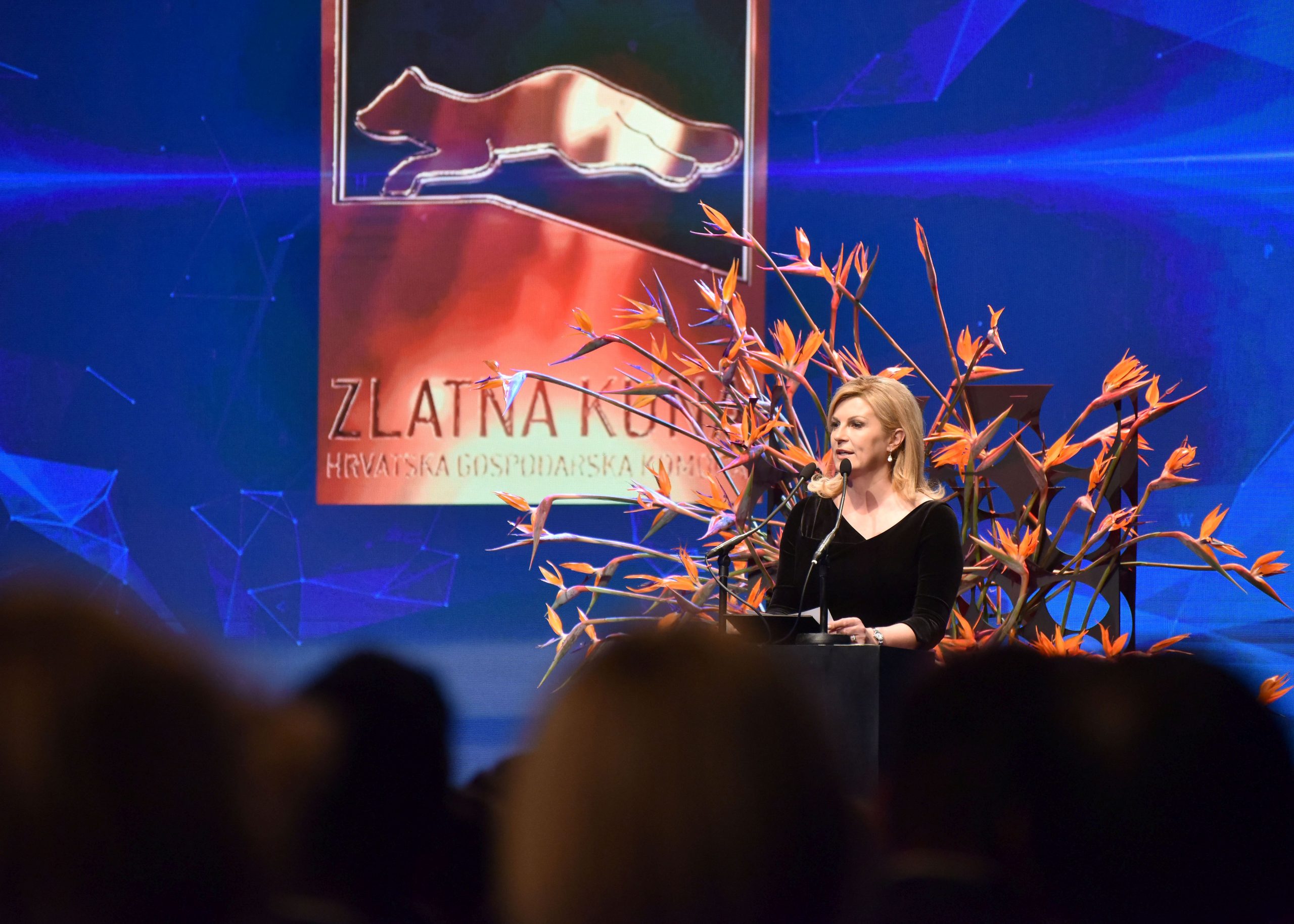 She is very optimistic because she knows that in all attempts aimed at a more successful economy, we can progress and compare favorably with those who are currently more developed than we are.

We have sufficient wisdom and intelligence, but what we need is more determination, proactivity and optimism. My vision of Croatia as a prosperous and functional State, a competitive economy in which we work together for the common good and progress of each person, remains unchanged and I am prepared to contribute to these goals in accordance with my powers”, the Croatian President concluded.

In the category of innovations, the “Zlatna kuna” was awarded to “Microblink” Ltd. and in the Post Startup company category to “PhotoMath” Ltd. Both companies are top world leaders in the area of technology development for smart phones.

A recognition for promoting the economy was presented to entrepreneur and investor Nenad Bakić, and the “Zlatna kuna” for lifetime achievement was presented to Franco Palma, one of the most prominent experts in Croatian tourism who dedicated his entire career to this important sector of the Croatian economy.

The “Zlatna kuna” has been awarded since 1993 for success in business and a contribution to the Croatian economy as a whole. The list of nominations is based on total defined indicators and the complete business image of a company is appropriately assessed, their impact on the development of their designated activity, as well as their contribution to the development of the Croatian economy as a whole. 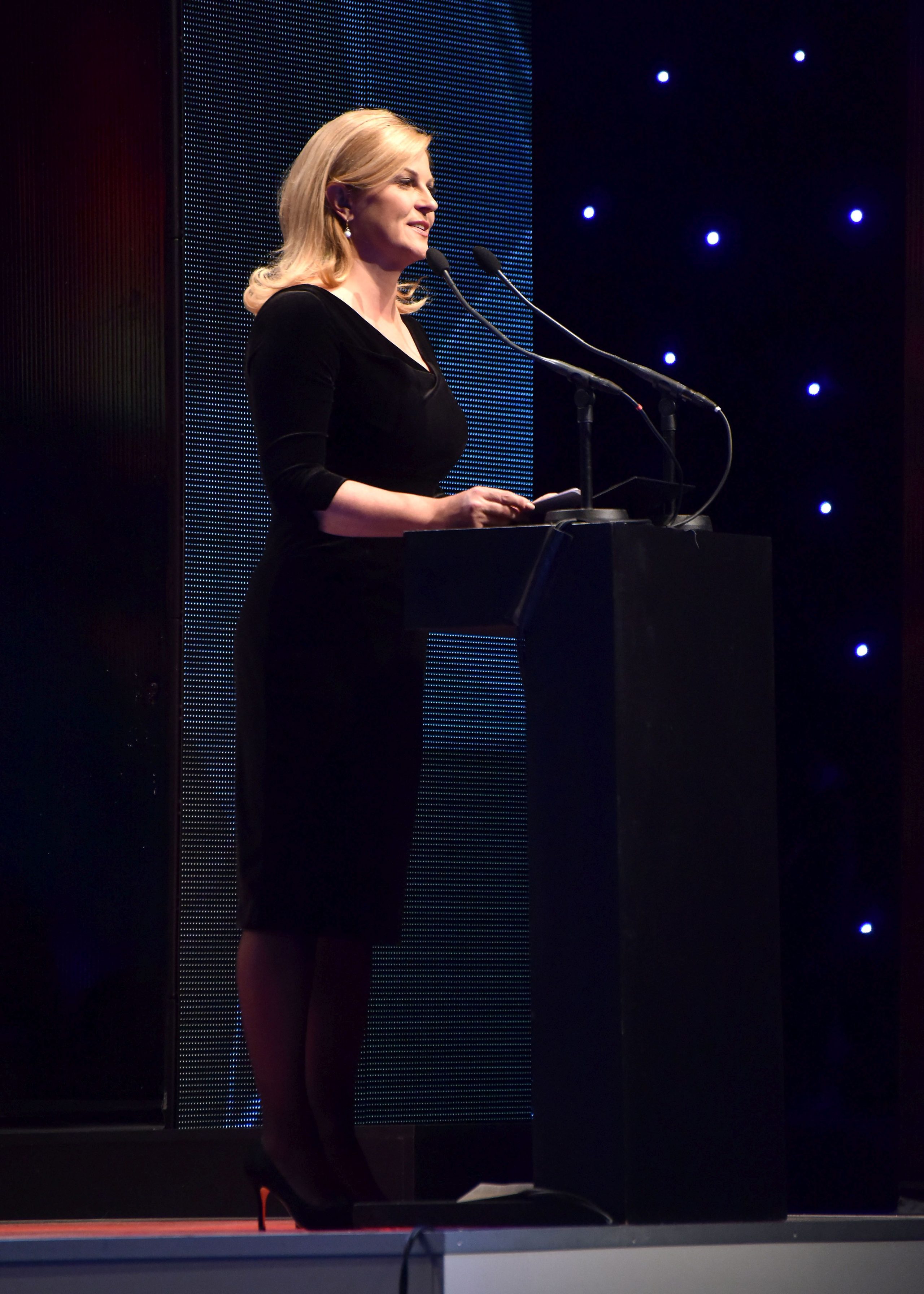