Home » Sport » Zlatko Dalić: ‘We will be the pride of the Croatian people again’ 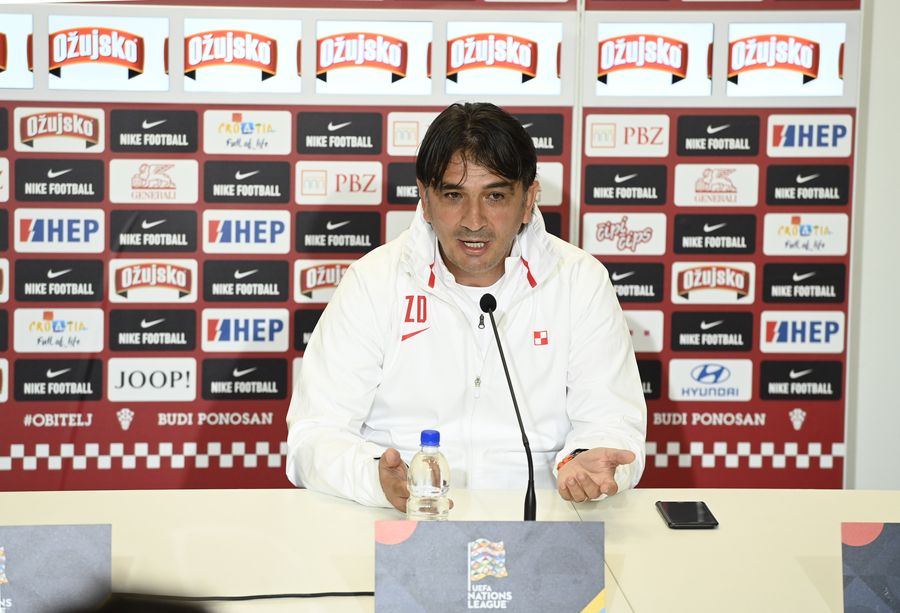 Croatian national football team coach, Zlatko Dalić says that the team will once again be the pride of the nation after a difficult period during the current Nations League campaign.

Croatia takes European champions, the Portuguese, in Split tonight in the final round, needing a better result than Sweden to stay up in League A next season.

Everyone must do their best

“In Portugal and in the first half in Sweden, we were not aggressive, combative, compact, we ran little, and against such quality rivals you can’t be at 80 percent, but everyone has to do their best, we were in trouble there. This game means a lot to us, we want to stay in League A, and I hope for an interesting and solid game – both of them will come out after the defeat,” says Dalić.

We will be the pride of our people again

“I am aware that the results and the game are not good, no one has to tell me that. This is not the level of a year or two ago, this is our reality. This is the process of creating a new national team and I stand behind it. I am sure we will do everything and I told the players that they must not stop believing in themselves and their quality and that one or two defeats cannot erase all the good from the previous period and that we will be at the same level again, a national team which is the pride of our people, it doesn’t look like that now, but it is the best that Croatia has now.

Dalić full of motivation and energy

“I am frustrated with the situation around me, but this is my job. I must not show dissatisfaction and I have to get the most out of it because it was my dream to be the Croatian coach and I am proud of it. I am full of motivation and energy to do something and nothing will shake me. I’m a coach, I know the pressure is huge, but I’m not afraid of anything, I’m doing the best I can. I did everything I imagined.”

Let them show and prove themselves

“Pongračić dropped out today, we don’t have seven or eight first team players and we have a lot of problems that we have to solve from hour to hour. I have an idea of the lineup, Bradarić will go to the left flank, I want to give him a chance at his stadium because I think he is the future. Lovren is our only stopper so far, so we called up Škorić, there is also Juranović, everyone is in rhythm, everyone is playing and they will get a chance, let them show and prove themselves, so let me have even more worries. Neither Budimir nor Petković can endure the whole game. We miss the last midfielder, we have problems without that and we will try to find a solution so that Modrić and Kovačić can be turned towards the attack. We always want to win.”

“Portugal is a great team, it has quality players and they want to win every game, just like us. We don’t expect an easier job. Portugal is great, young players like Felix and Jota fit in well with the older ones. like Ronaldo and Pepe, they rightly hope for great results again. We are second in the world and we try to stay that way. We are going through a generational change so we are not at the level we were at, but we will be again and be competitive with the best like Portugal, Spain and France.”

“As soon as Ronaldo came to play this game that does not carry the fight for first place, it spoke enough about his motivation and desire. It is good that he came to play against Croatia, he was not in the previous matches, and he is a really great player. Like our Luka, at the age of 35, is doing his best.”