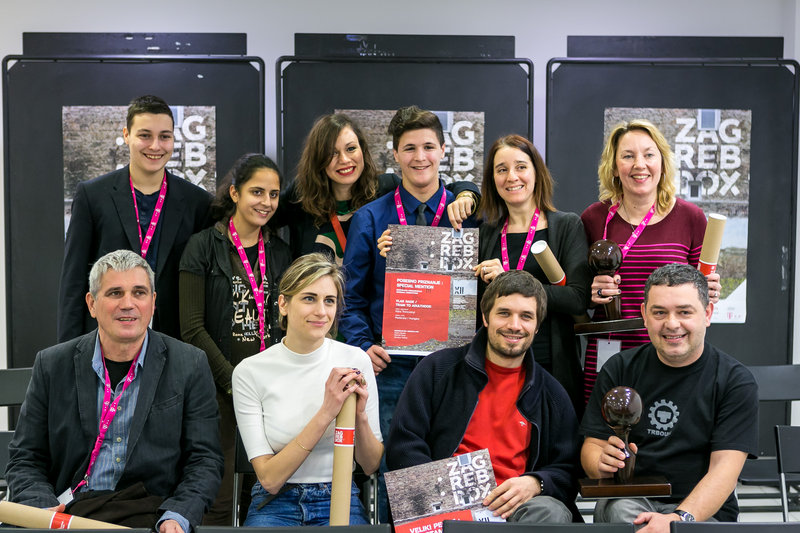 Poet on a Business Trip is a poetic, provocative, and beautiful film which was awarded for its power and for its skill in connecting the unexpected social truths with exciting presentation of art and of personal issues. Poet on a business trip reminds us how very hard it is to maintain the focused, monographical approach to documentarism, and at the same time to venture very convincingly into the areas of social mores and rules of the areas usually hidden from the international (and probably even Chinese) cinema audiences. Brave in its complex form, visually original and fascinating, Ju Anqi’s film offers a very original artistic vision, still capable, after all the experiments taking place in cinema in recent decades, of expanding the way we think of documentary cinema.

4.7, a compelling portrait of an ex-alcoholic who is on the road to recovery directed by Đuro Gavran, won the Regional competition for its elaborate structure and innovative, economic editing, and for engaging the audience with a simple film about an ordinary man full of surprise twists and revelations.

Little Stamp for best author under 35 years of age went to Above and Below by director Nicolas Steiner. This enigmatic film allows the viewer to slow down and emerge into the life of several characters on the periphery of society who, in their seemingly lost and aimless lives, succeed in finding fascination, beauty and love.

The award in the Movies That Matter category goes to the film My Aleppo by Melissa Langer for the authentic portrayal of a war-stricken family. The film is technically well structured and does not make the audience cry but rather motivates them to understand.

The Teen Dox category award went to the documentary film Landfill Harmonic by Graham Toensley and Brad Allgood. The film has an original and exciting focus, it is honest and authentic, with interesting and exceptional protagonists.

My Generation Award went to the film Don Juan by Jerzy Sladkowski, for its skill to identify and document an everyday story about a person whom we are quick to judge for his lack of social skills in communication with so-called regular people, and for it turning an archetypal story of a narrow-minded system of fixed habits and mutual expectations.