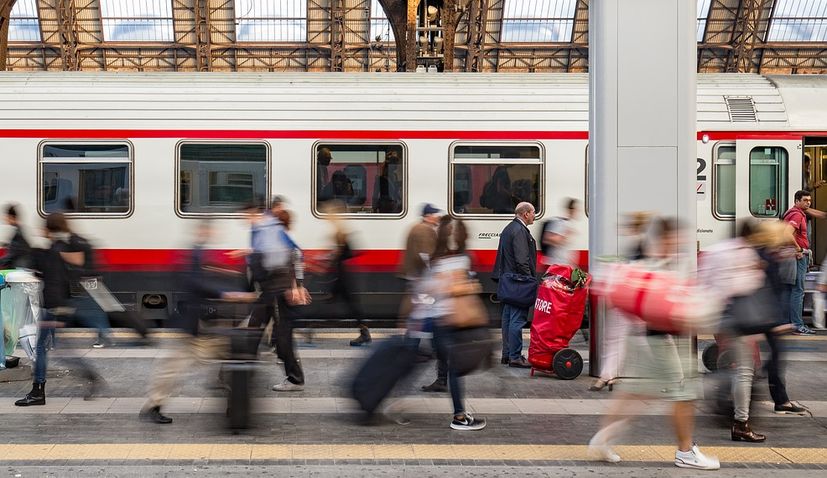 ZAGREB, 2 March 2020 – The Minister of Maritime Affairs, Transport and Infrastructure of the Republic of Croatia, Oleg Butković, visited infrastructure projects in Sisak on Monday.

The day began with a train ride from Velika Gorica to Sisak where he also visited the upgraded railway station. In Sisak, the railway station has received an operating permit, and after passing some more technical inspections over the next few days, it is set to go into full operation, said HRT journalist Silvana Skocajic.

The completion of the works is delayed due to the underpass. During the excavation of this pavement, new archaeological finds were discovered from the time of ancient Rome. Therefore, numerous permits had to be obtained for further work. The research took three years, and the work to rebuild the station took almost seven years.

The investment in the reconstructed section of the railway from Velika Gorica to Sisak is worth HRK 250 million.

After arriving in Sisak by train, Minister Butkovic said that it was traveling at a speed of about 140 km / h.

“I believe that after the reconstruction of these 25 km, we will travel by train from Zagreb to Sisak in 40 minutes, including stopping to pick up passengers,” he said.

Responding to journalists’ questions, Butkovic said that offers were opened for the Odran Bridge and the connecting road on February 12th.

“Croatian Roads will quickly make the choice. I hope that we will contract the work and start working as soon as possible,” the minister said, pointing out that Croatia is at the top of the EU in built highways.