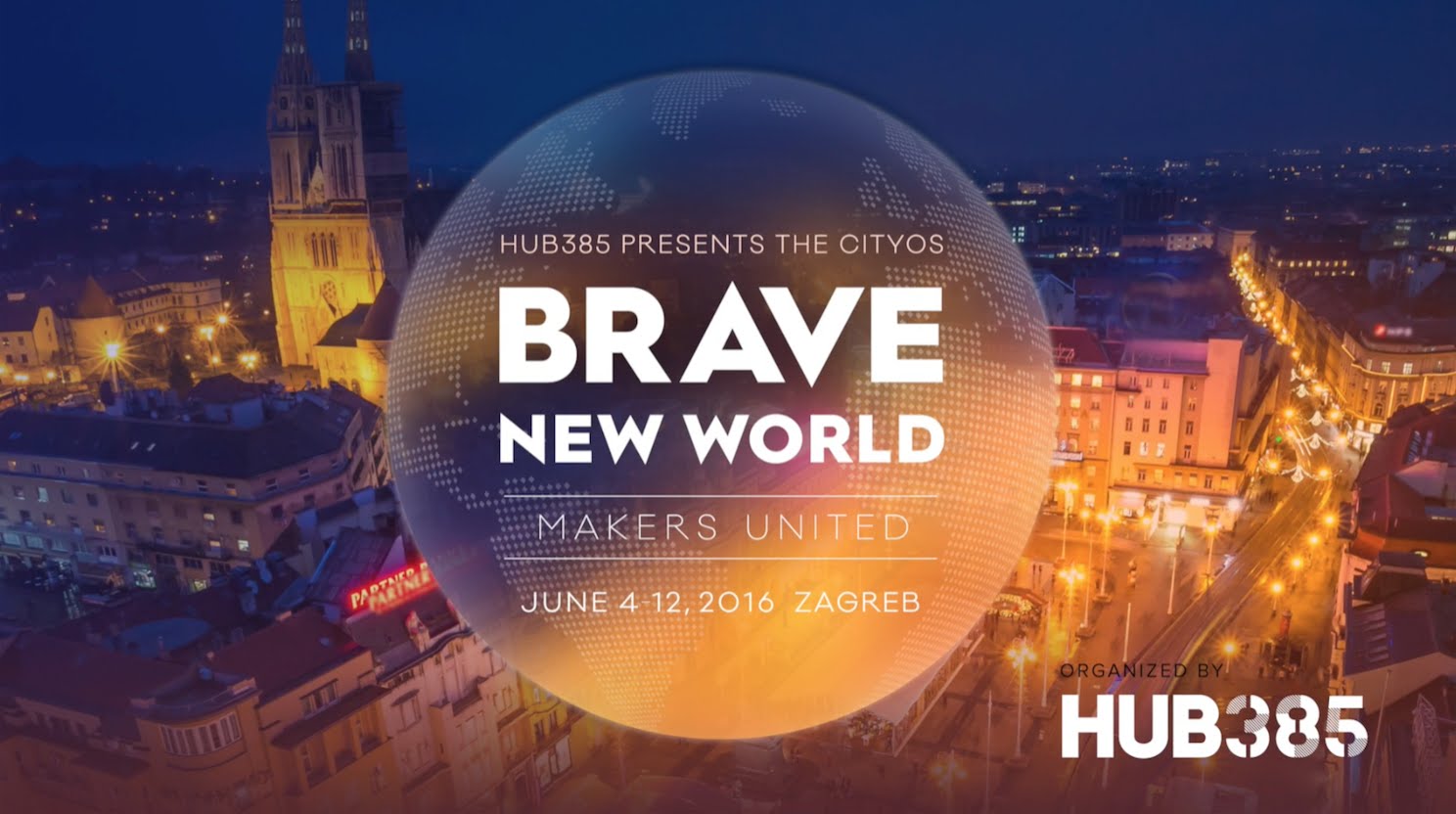 Brave New World, the region’s biggest startup event uniting developers, engineers, makers, hackers, designers, and beyond, will be held in Zagreb from 4-12 June 2016…

Organised by HUB385 and CITYOS from San Francisco, the 5-day event, which will gather the world’s foremost innovators and kicks off with a conference followed by Zero-to-Hero workshops and closes with a make-a-thon focused around smart cities, IoT, drones, ponics, and robotics. By the end, participants will have built their first functional apps and devices to solve real Zagreb city problems.

Keynote speakers at Brave World include 19-year-old prodigy, Easton LaChappelle. Easton designed a 3D-printed robotic prosthetic arm that is controlled by brain waves. Determined to make something bigger than himself, he open-sourced all of his designs and source code.

Hackathon winners at Brave World in Zagreb will recieve 1.000.000 kunas worth of startup capital, 6 months of co-working space, lab access, and startup coaching from San Francisco pros, plus many more resources to get your startup off the ground.

Check out more about Brave World and the full schedule here.