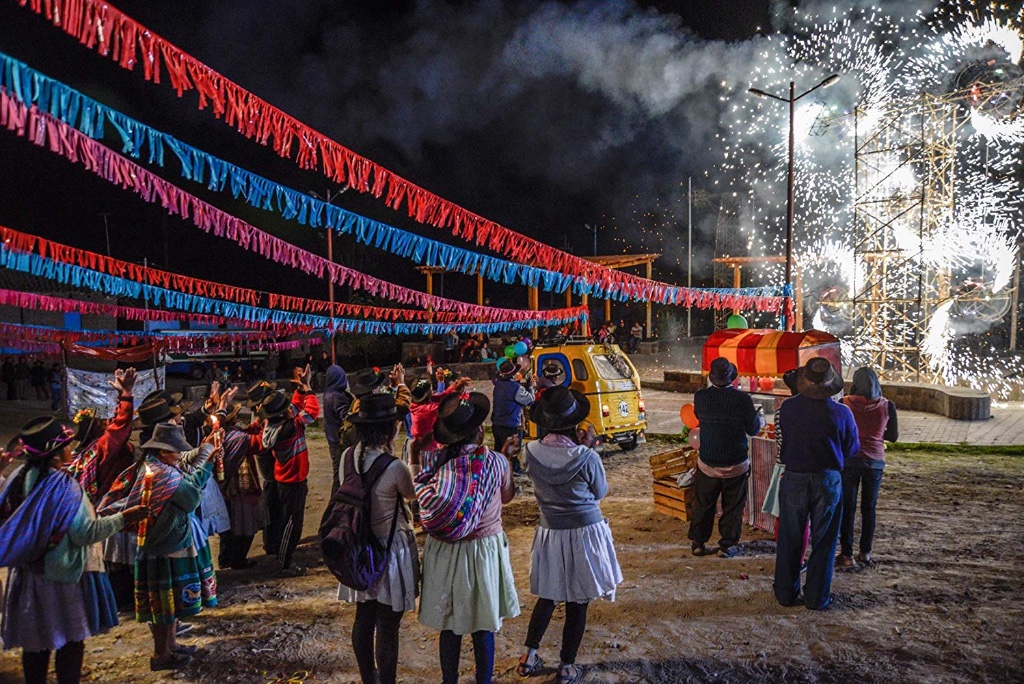 The new edition of Zagreb Film Festival takes place during eight days in Zagreb: 11-18 November at cinemas Europa and Tuškanac, Museum of Contemporary Art, F22 – New Academy Scene, Europa cinema’s Müller Hall, Dubrava People’s University and Travno Centre of Culture, and 15-18 November a selection of ZFF titles arrive in as many as 15 Croatian cities. The festival competition and other side events were presented at the press conference by the festival director Boris T. Matić, executive director Hrvoje Laurenta, program coordinator Selma Mehadžić, producer Lana Matić and the director of the Private User Marketing Sector with Croatian Telecom Richard Brešković.

Boris T. Matić spoke about the specialties of the feature film competition: “The 16th ZFF main program presents 12 emerging filmmakers and their first or second films, with 11 of them competing for the main festival award, the Golden Pram. Films from all over the world, from Italy and Iceland to Thailand and Peru, speak about the burning issues through personal stories told in the language of cinema – the global refugee crisis, ISIS recruits, rape, the position of women in society, young people in search of a better future. Intimate and heart-warming tales of people on turning points in their lives who become unsung heroes.

The film Dear Son by the Tunisian director Mohamed Ben Attia follows the agony of a father, an average urban Tunisian whose son, a student, joins ISIS. Tunisia is a country with the largest number of Islamist recruits per capita, and the director was primarily interested in the impact of their departure on their families. The film was co-produced by the Dardenne brothers and was also screened in Cannes in the Directors’ Fortnight section.

Wildlife, the directorial debut of the American indie actor Paul Dano (Little Miss Sunshine – ZFF 2006, There Will Be Blood, Okja), both a coming-of-age and a feminist film, features a story about a divorce from the point of view of a 14-year-old boy. The cast of this intelligent and subtle drama about the dissipation of the American dream of the sixties includes the finest actors of the generation (Carey Mulligan and Jake Gyllenhaal).

The heroine of the touching Brazilian drama Loveling directed by Gustavo Pizzi is facing the ‘empty nest syndrome’ after the oldest son announces he will be moving to another continent, while All Good by Eva Trobisch, the best debut in Locarno, focuses on the frequent problem of not reporting rape. The protagonist, albeit a strong woman, decides to remain silent all until the consequences of her decision become unbearable. In the quirky action comedy Woman at War by Benedikt Erlingsson (Of Horses and Men – ZFF 2014), the main protagonist has to choose between environmental terrorism and motherhood.

Two visually lavish films arrive from Peru and Thailand. Retablo takes the viewers to a religious community in the Andes, focusing on a father and son whose relationship gets complicated after a shocking twist in Brokeback Mountain style. Director Alvaro Delago-Aparicio L. won the best debut director award (Teddy) at this year’s Berlinale. Manta Ray, directed by Phuttiphong Aroonpheng won the best film award in the Orizzonti section at Venice Film Festival, with its layered tale about identity theft and the destiny of Rohingya, one of the most persecuted ethnic minorities in the world.

What is ZFF without the long-awaited premieres of Croatian films and minority co-productions? We will be watching Tihana Lazović’s international success in the film Just Like My Son by Costanza Quatriglio. Based on actual events, the film follows two brothers living in Italy after fleeing Afghanistan whose world turns when they learn that their mother is still alive. The Kafkaesque drama All Alone by Bobo Jelčić is a film about a father (Rakan Rushaidat) who ends up swallowed by Croatian social services because of the wish to see his daughter, and The Load by Ognjen Glavonić, a story about a truck driver who transports a suspicious load, speaks about concealing war crimes in Serbia during Milošević’s regime. The script is based on a true story and developed in 2013 at ZFF’s workshop My First Script. It premiered in Cannes in Directors’ Fortnight, and Leon Lučev won the Heart of Sarajevo for best actor.

The international short film competition includes 10 films, among which is Breath by the Sarajevo-based actor Ermin Bravo (Grbavica, Men Don’t Cry – ZFF 2017), the winner of the Heart of Sarajevo. Ten films compete for the Golden Pram in the national Checkers section, ZFF’s platform for the promotion of up-and-coming filmmakers. In Checkers we will be watching Cherries, the latest film by our distinguished editor and director Dubravka Turić(Belladonna, the best short film in the Orizzonti section in Venice), Leon Lučev’s debut film I Can Barely Remember the Day.

Awards are also presented in competition sections PLUS and Together Again. With our traditional and popular programs The Great 5, LUX Film Days, My First Film and Bib for Kids, this year we are presenting two new events. Cinema at the Cinema is a tribute to the magical ritual of common movie watching and it will make us wonder what film is without a cinema and what a festival is without a community sharing the cinematic moments. The other program novelty is Tycoons: Yesterday, Today, Tomorrow, film tales of rich powerhouses and new money.

As usual, part of the program and the atmosphere will be transferred to other places – but this year like never before. ZFF Travels between 15 and 18 November screens part of the program in 15 Croatian towns and two children’s villages – SOS Children’s Village Ladimirevci and SOS Children’s Village Lekenik. Besides, select tiles from the main program and Bib for Kids titles arrive to Zagreb’s neighbourhoods of Dubrava and Travno.