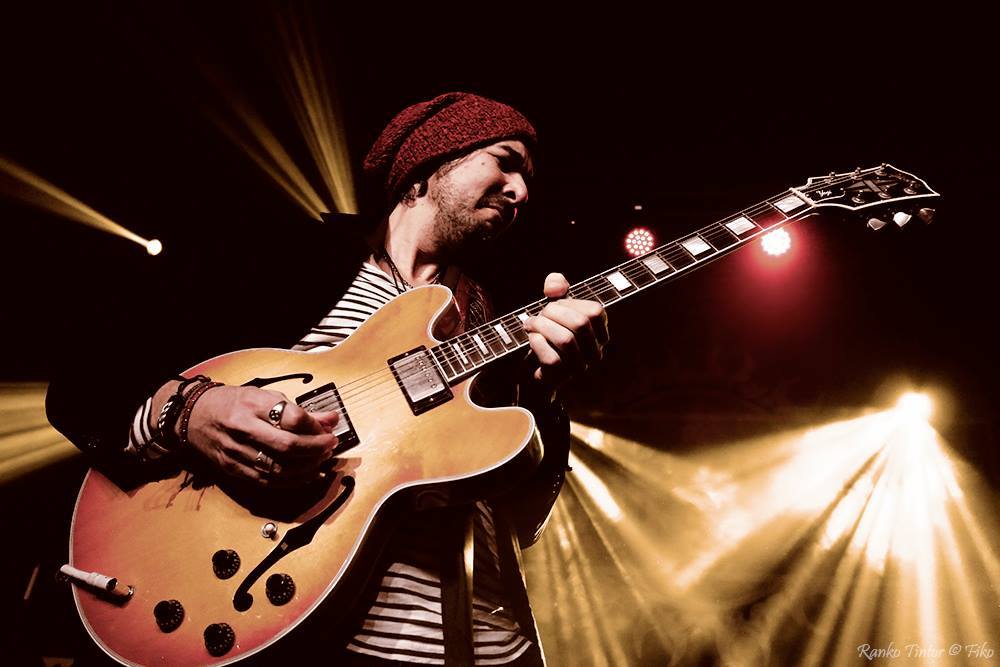 Yogi Lonich’s CV reads like a who’s who of music. The singer-songwriter, guitarist and producer has shared the stage and recorded with some of the biggest artists in the world.

He has also toured in support of legends such as The Rolling Stones, Robert Plant, Aerosmith, AC/DC, KISS, Lenny Kravitz, Linkin Park and Korn. 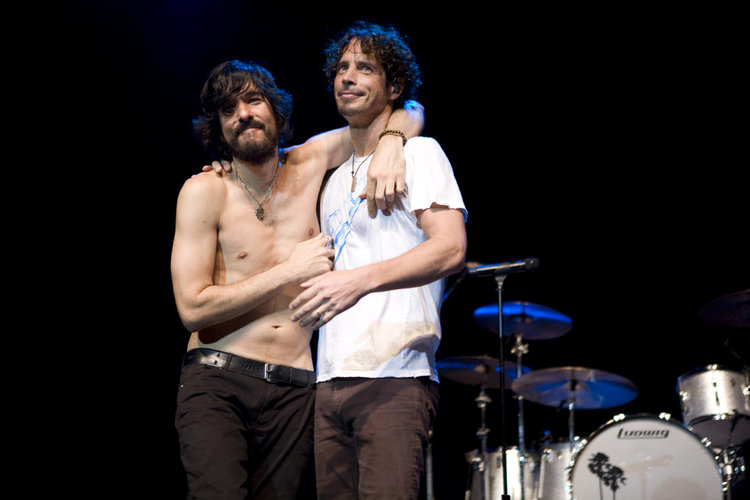 The former Buckcherry, The Wallflowers and Fuel band member, who has received a Grammy nomination, has also produced two solo albums and a rock band project.

Born and raised in California to a Croatian father, who left the island of Ugljan as a teenager, and a Peruvian mother, Yogi now resides in the Croatian capital Zagreb with his wife and young daughter.

Yogi and his wife Lana decided to swap life in California for Zagreb after their daughter Anika was born.

We caught up with him to as he prepares to perform in Zagreb next month with Zagreb-based hip-hop star Edo Maajka with whom he is currently writing and recording with.

“It is beautiful here and we are enjoying it. Anika is now in third grade and speaks English and Croatian, she has started to play the violin and is a great singer,” Yogi says. 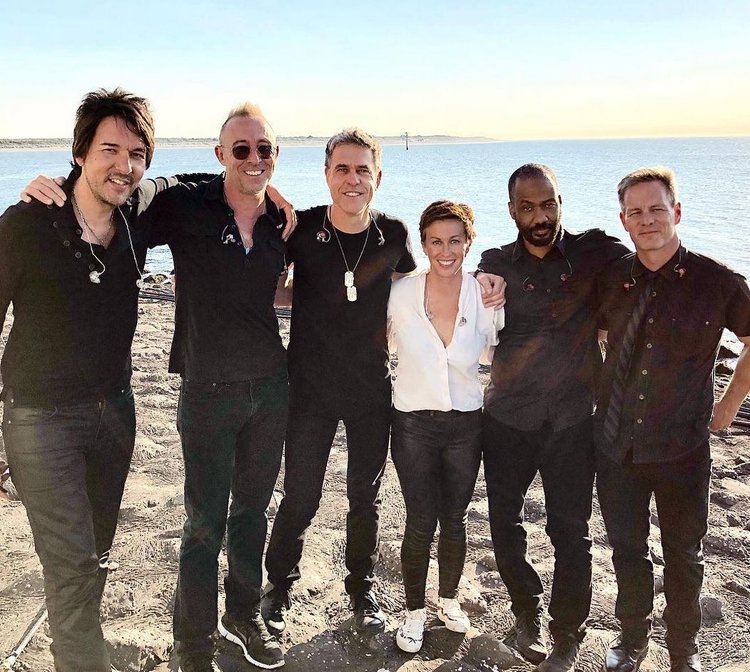 Yogi with Alanis Morissette who he performed with recently (Private album)

So when did you first start playing guitar and how did you get into it?

There was an acoustic guitar in the household, but my father didn’t really play it. I started taking some private lessons around 11 or 12 years old. My mum was supportive and my dad didn’t really want to spend the money but agreed anyway. Now my father is my biggest fan!

Do you remember the first song you learned on the guitar?

The first song I learned was “Tom Dooley”. It is an American folk song with two chords. After a year of playing, my father told me if I could learn Johnny Cash’s “Folsom Brison Blues”, he would buy me the guitar of my choice. So 2 days later after learning that song, I performed it for him on the acoustic and we went and got my Kramer Pacer. This was the guitar model Eddie Van Halen used at the time. 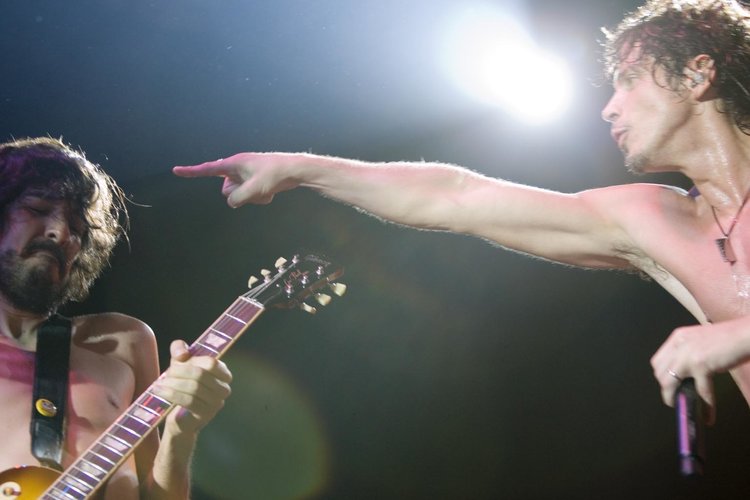 What music did you listen to growing up and who were some of the people who influenced your career?

Growing up, I was mostly influenced by my sister Plavka who was a pop star in her own right. She was, sang and recorded the Jam and Spoon dance single called “Right in the Next”. As far as my guitar influences go, my early inspirations were Brian Setzer of the Stray Cats, Eddie Van Halen, and Angus Young of ACDC. 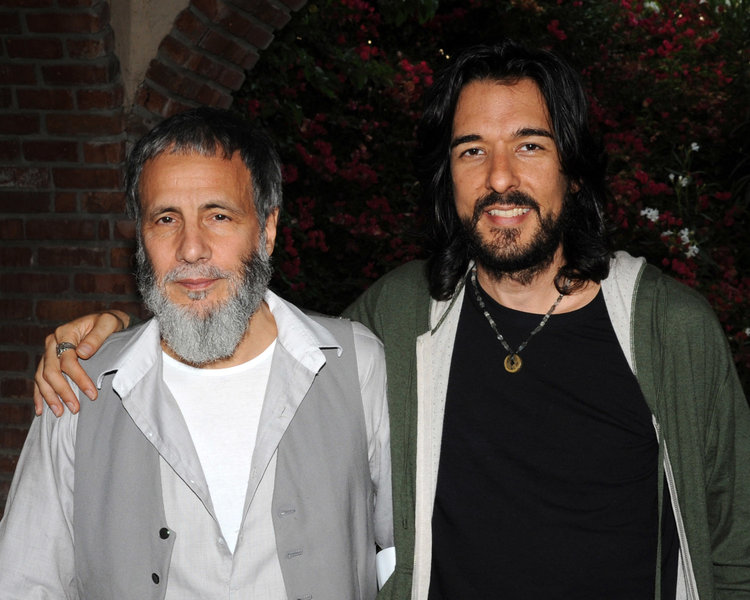 What has been the proudest moment of your career so far?

I don’t seek accolades, but I won “Best Independent Pop Artist” with LA Music Awards 10 years ago. It was for my debut solo album called “Metta”.

What is your favourite venue you played at?

I suppose a favourite place was playing the 30th anniversary of the infamous Woodstock Festival in 1999.  It was an incredible experience. James Brown performed, the Red Hot Chili Peppers incited a riot where fires were ablaze and I performed with Buckcherry. Epic day. 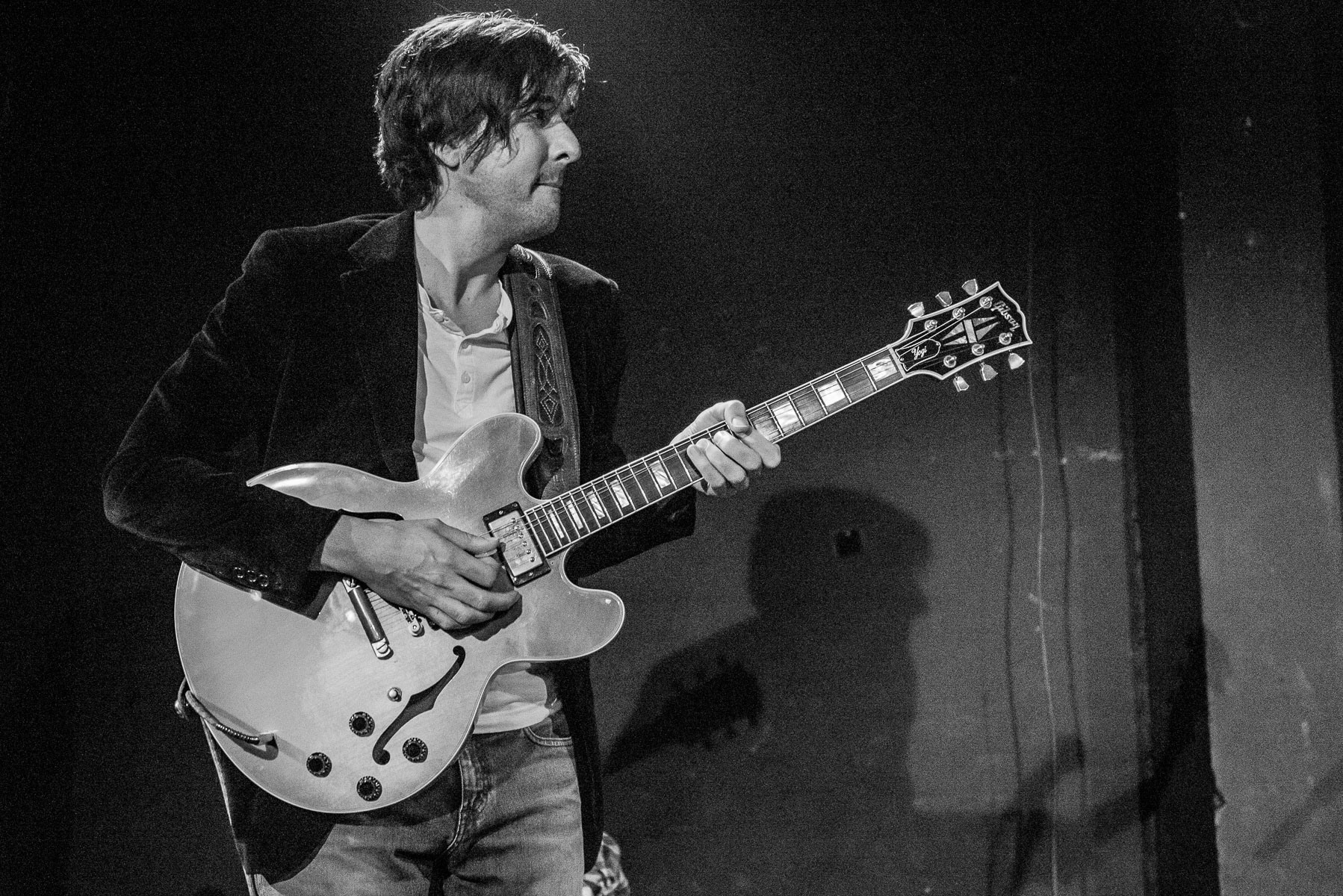 Yogi in action in Varaždin

What is the biggest crowd you played in front of and do you get nervous?

Buckcherry played the Osaka dome at the millennial concert (2000 New Year’s Eve) with Aerosmith and Mr Big. Over 100,000 were in attendance. I don’t get nervous at all at big concerts. Everybody there is already sold on the music and you don’t have to win anybody over. It’s actually more nerve-wracking to perform to a handful of people who don’t know who you are. 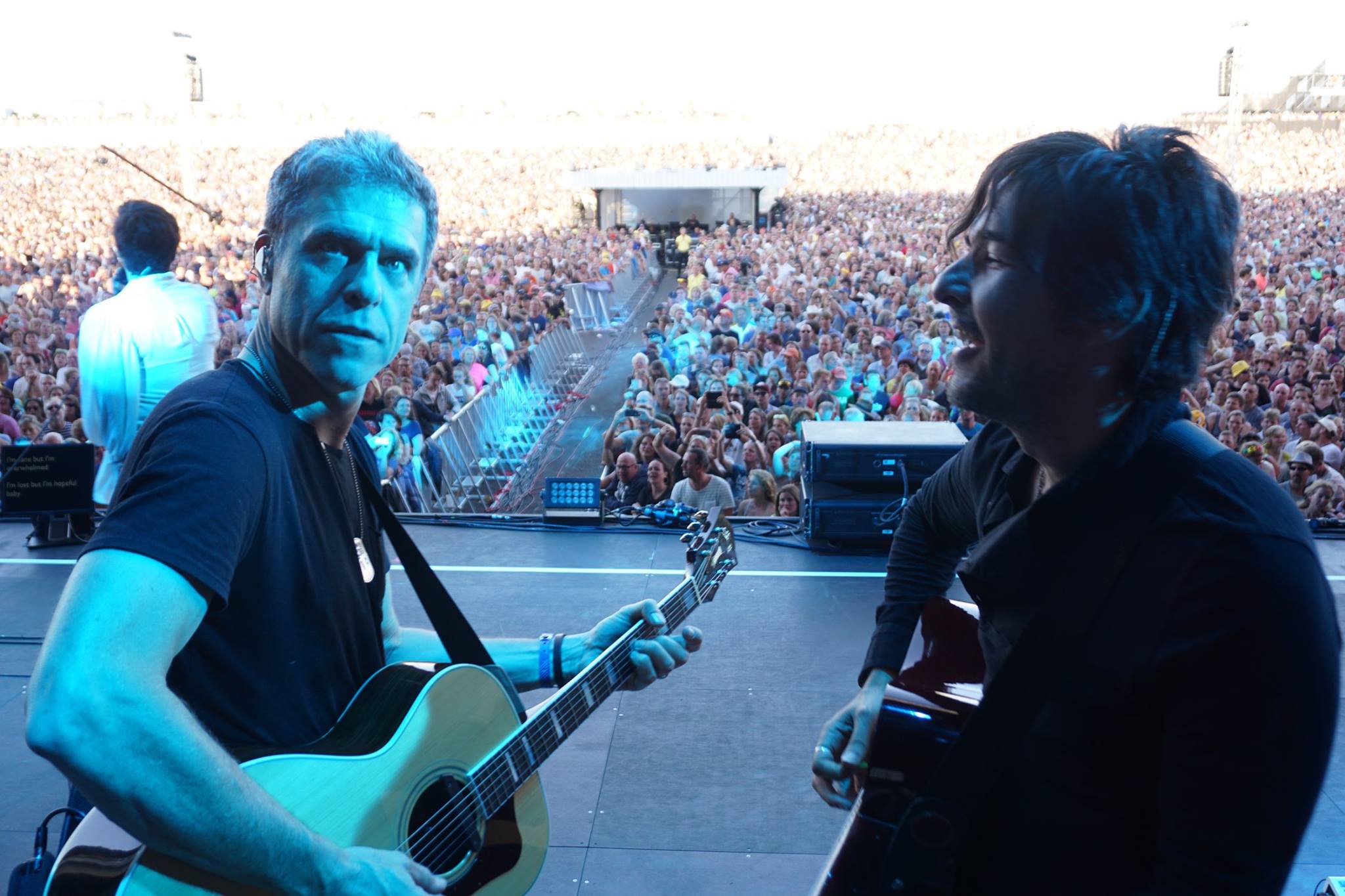 What is your craziest moment on tour?

I always share this because it was truly unique. Chris Cornell shaved my head at a concert in New York City at the encore of our set.

I had been wanting to shave my mop of hair for a few years and Peter Thorn, our bandmate, suggested to me that Chris do it on stage. I asked him and without hesitation, Chris replied “Sure!”.

Do you have any rituals before you perform?

Yes, I like to raise my arms above my head, do 3 spins, rub snake venom on my armpits and recite poems by Rilke. Actually, sometimes I like to do a “huddle” (a circle where we’re all embraced) and we set a positive intention for the show. 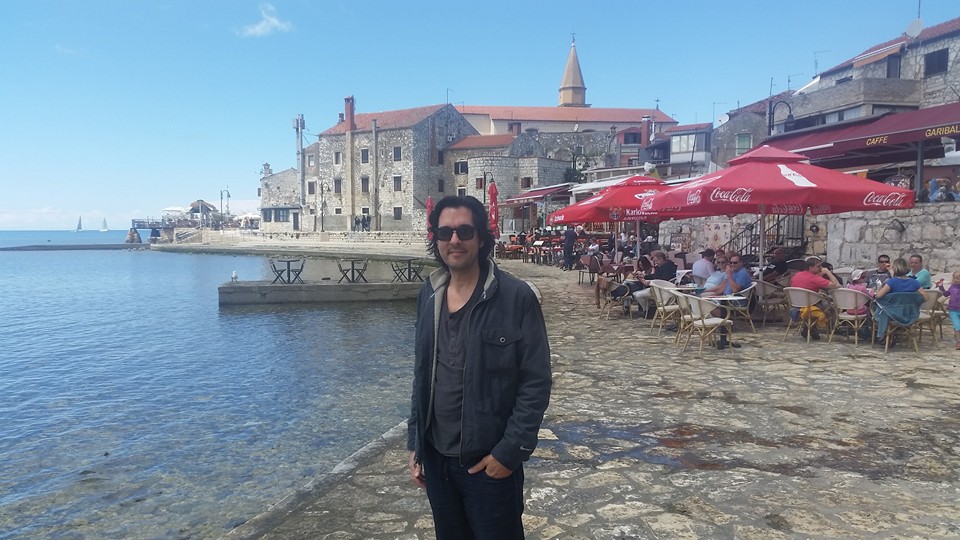 What have you made of the music scene in Croatia since moving here?

I have met many talented musicians who are trying to break out of the norms of music. It’s a small but vibrant community. It seems like there were more jazz clubs last year as a few of them have closed. I try to support and attend events as much as I can.

Did you enjoy any Croatian music growing up?

My father used to sing some Dalmatian folk music once in a while on holidays, but I really didn’t listen or play any Croatian music growing up. 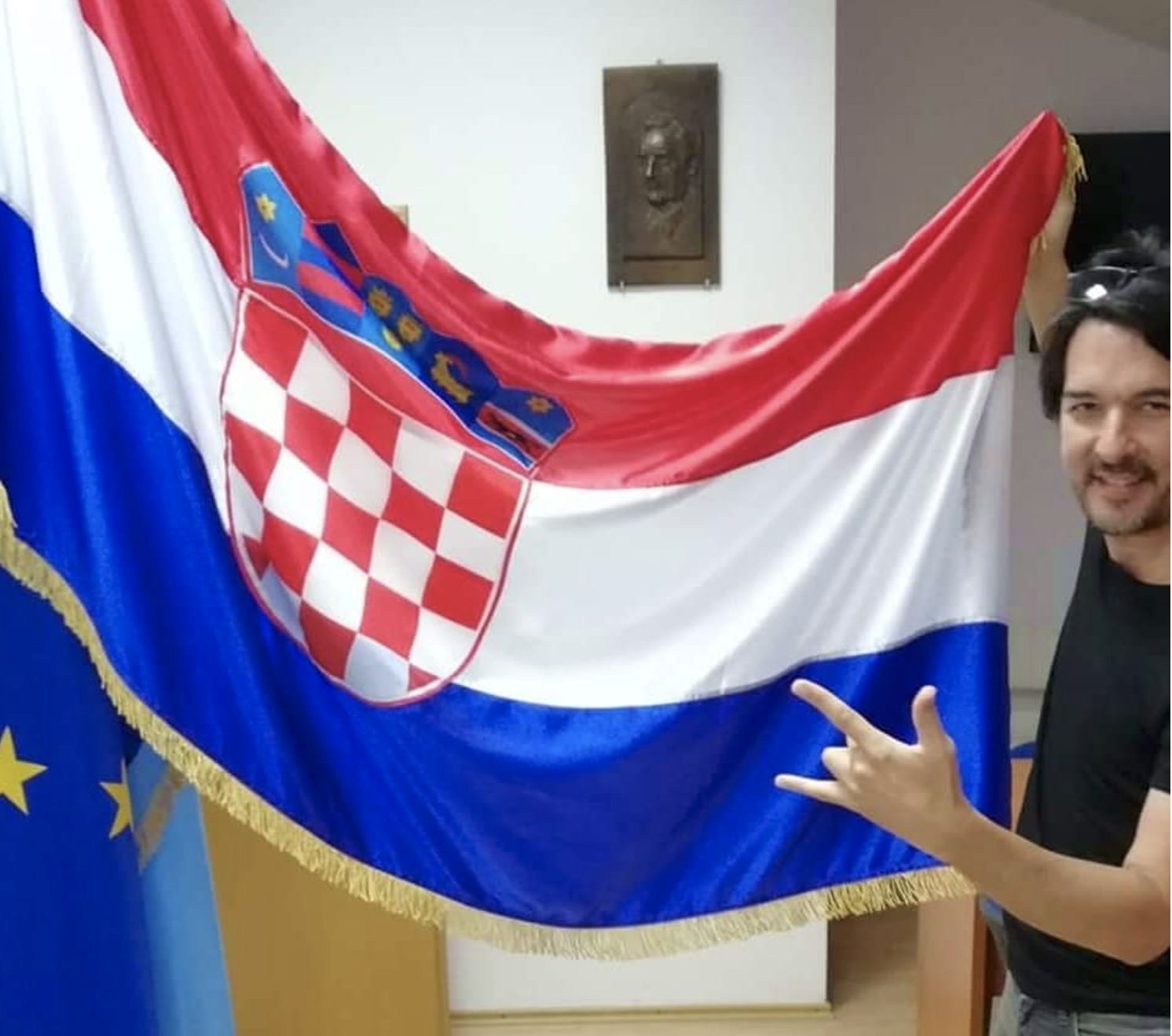 How did the collaboration with Edo Maajka come about?

Shortly after moving to Zagreb, I was playing at Zrinjevac and drummer Mirsad Dalipi introduced himself and later referred me to Edo for his new band project. 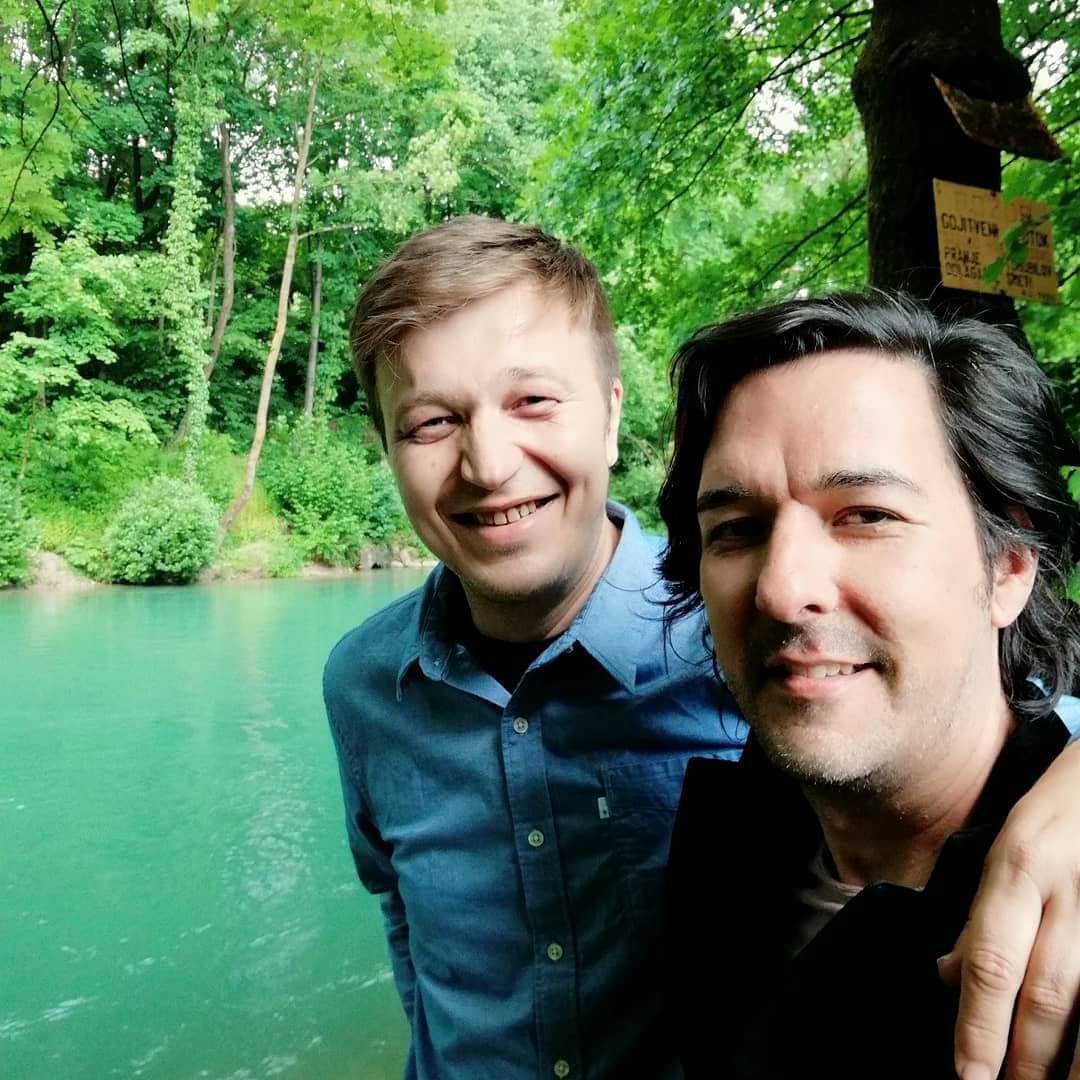 What are you working on at the moment at what’s next?

Currently, I am getting ready to leave for a 10-day tour to China. I’m playing with a pop star named Jeff Chang. After that, I will be learning songs for the upcoming Winter The Dead Daisies tour. I’ve also just completed my third solo album and will be putting a game plan together with my American manager for its release.