The world’s most expensive sculpture, which sold for $67 million a few years ago, will be exhibited in the Croatian capital next month…

Within the series “The greatest sculptors of the 20th century”, after a brilliant exhibition of Miró, and Rodin, the Art Pavilion in Zagreb will present a great virtuoso sculpture – Alberto Giacometti (1901 – 1966) in September.

Visitors to the Art Pavilion in Zagreb will have the unique opportunity to see Giacometti’s works borrowed from the French Foundation Maeght – twenty drawings, just as many lithographs and sculptures. The sculptures, known as the Giacometti’s “thin people”, by which he is globally known for, characterized by a rough, almost rusty surface, and their elongated torsos, heads, arms and legs, are reduced to the strictest representations, and thus virtually brought to the point of fragility.

At first glance, the “thin people” bring out a powerful metaphor – it can be seen that the sculptor used the depiction of human existence without joy and meaning. The latter is the result of his friendship with the philosopher Jean-Paul Sartre and Giacometti’s sculptures relationship with Sartre’s existentialist philosophy topics.

The exhibition “Portraits of the present” will include sculptures “Women of Venice” – a cycle of nine monumental sculptures which brought fame to the artist in 1956 at the Biennale of Contemporary Art in Venice, and the sculpture “Walking man” – an emblematic masterpiece that still today holds the first place in the ranking of most expensive sculptures – it was sold at Sotheby’s auction in New York for $ 67 million a few years ago. 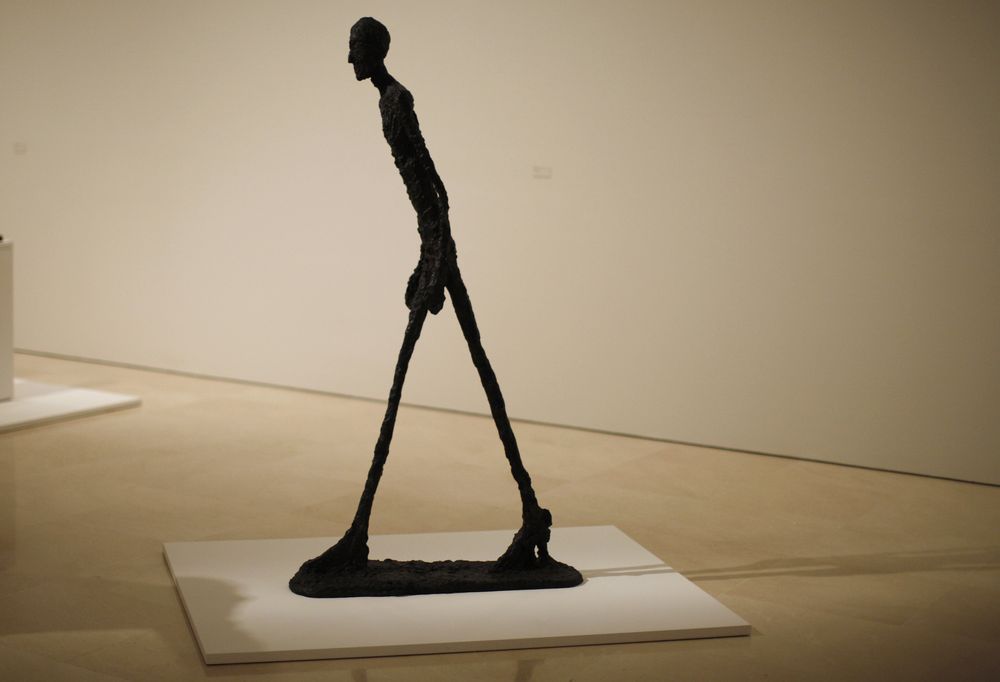 The project is specifically designed for the Croatian public, and it confirms the importance of Zagreb as a European cultural center. Authorship of the exhibition and a selection of works is signed by Jasminka Poklečki Stošić.