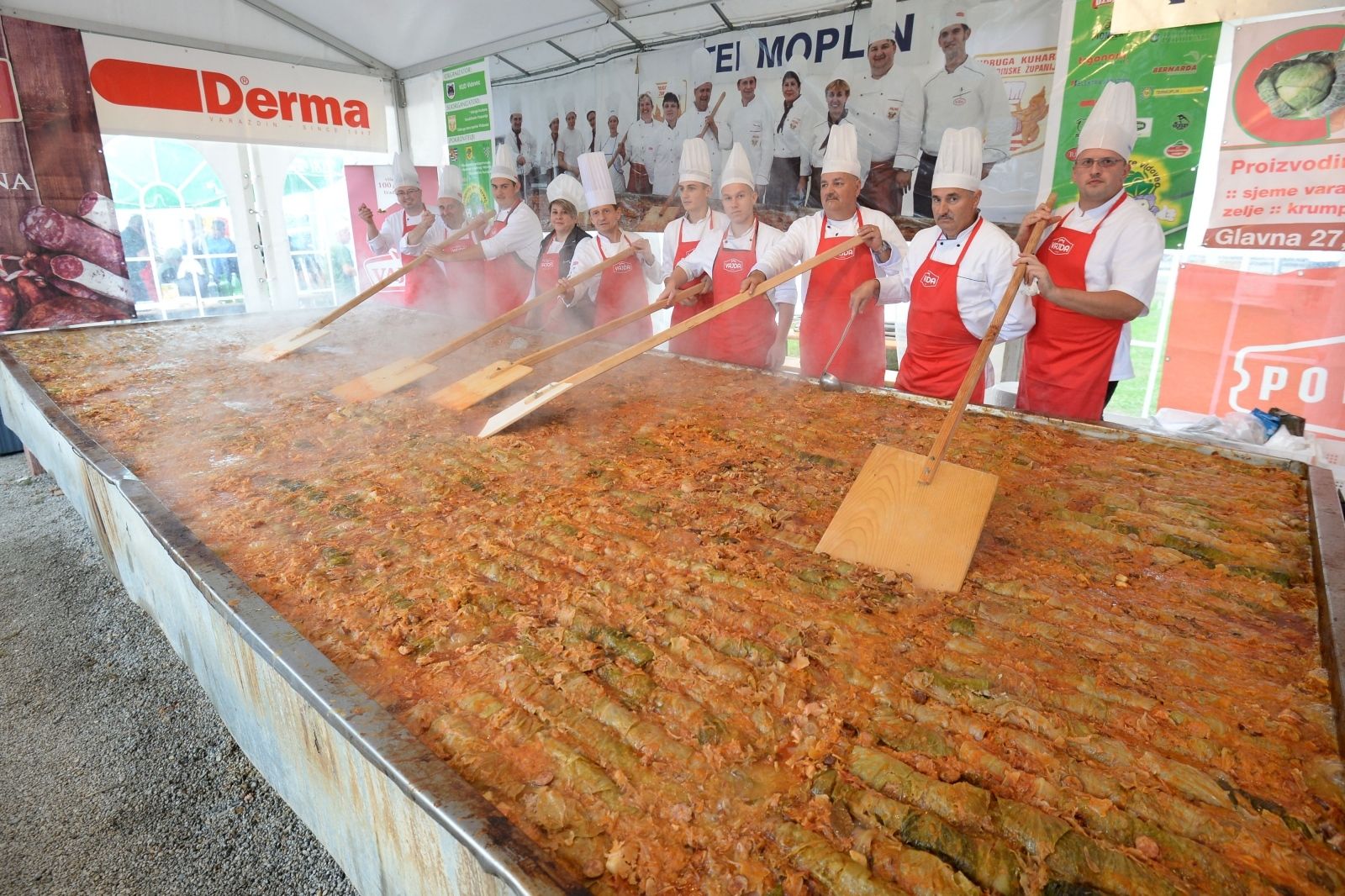 Three days, 22,000 cabbage leaves and over 30 cooks were involved in cooking what is believed to be the world’s longest sarma.

The record-breaking sarma was one of the highlights of the 21st edition of the popular Zeljarijada festival which is being held this weekend in Vidovec near Varaždin in northern Croatia.

More than 10,000 people are expected to visit the 3-day cultural and food festival this weekend and on Saturday afternoon they had a chance to try the mega sarma.

The mega sarma has been a tradition at the festival ever since 2008 when Zeljarijada entered the Guinness Book of Records for making the longest sarma in the world.

Every year since then they have gone one better and made it longer every time. Last year a 1,320-metre sarma was made, making it the longest in the world but on Saturday the record was beaten with a sarma measuring 1,333 metres.