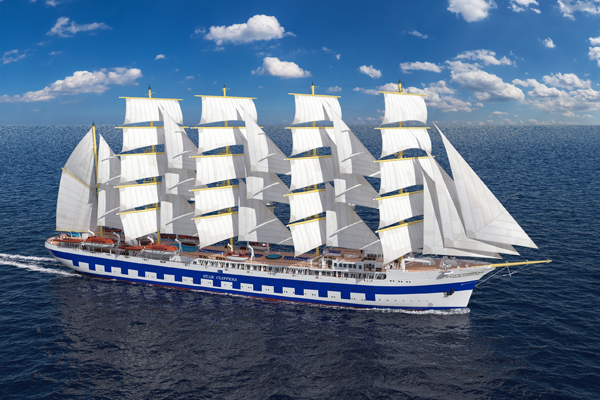 The world’s largest sailing ship has been launched in Split on Saturday at the Brodosplit shipyard.

Brodosplit has built the passenger sailboat for Monaco-based Star Clippers and today the boat was launched at the shipyard in Split where it has been built for the last two years.

The ship, named the ‘Flying Clipper’, can accommodate over 300 passengers and is the largest sailing ship in the world, with five masts and a rigging made up of square sails.

It is 162 meters long and 18.5 meters wide, with a deadweight of 2000 tons and an overall surface of 6,347 square meters, with 3 heated swimming pools with fresh or sea water and underwater lights.

The ship has a steel construction while the deck will be fully covered by the highest quality teak.

“The Flying Clipper is, undoubtedly, the line’s most ambitious project to date. She will feature 150 cabins including 34 balcony cabins and four owner’s suites; a two-deck restaurant; a platform for water sports; an 18ft dive pool spanning two decks and an additional two pools on the top deck. She will operate Mediterranean cruises throughout the summer season and transfer to the Caribbean for the winter”, Star Clippers announced.