One of the world’s leading and most prestigious regattas, the World Match Racing Tour, will be held in Poreč for the first time.

The World Match Racing Tour, which gathers and attracts the world’s best sailors and Olympic winners, will be held in Poreč as part of the Croatia Match Cup.

From 25-28 May 2017, Poreč will host the unique sailing and entertainment spectacular which is the Croatia Match Cup. Among the world’s elite sailors on show will be Croatian Olympic gold medalists from Rio Šime Fantela and Igor Marenić.

Ten crews from USA, Sweden, Denmark, the Netherlands, France, and Poland will take part in the competition in Peškera Bay. Spectators will have a chance to watch all the action on the luxury Catamaran M32 class free of charge.

During training and competition times, from 10 to 17 o’clock, spectators will be able to indulge in some original street food inspired by gastro specialties of the four local regions (Istria, Dalmatia, continental Croatia and Slavonia).

Top Croatian wines will be on hand and cocktails at Beach Bar where after parties will take place, whilst free entertainment will be provided for the youngsters.

Concert tickets can be purchased via Eventim. 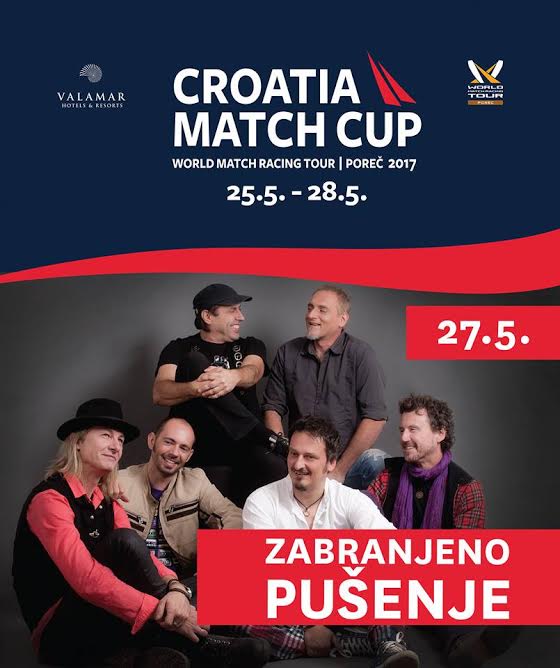 For more info, you can visit the official website here.