Recently a competition in conjunction with Hyundai was launched on UEFA’s official website to find slogan’s which will be slashed across the team buses of participating sides at Euro 2016. The fans have voted and Croatia’s slogan will be: ‘Nova vatra, staro mjesto, ista nada’ (New fire, old place, same hopes) which has references to the 1998 Croatian side which done so well also in France winning bronze at the FIFA World Cup.

The slogan was selected out of a shortlist of 3, which also included ‘Srce. Ponos.’ (Heart. Pride) and ‘Jedan tim, jedan cilj, Hrvatska iznad svih!’ (One team, one goal, Croatia above everyone). 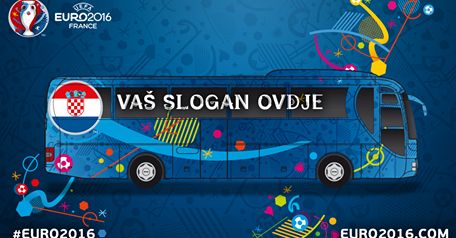 Euro 2016 in France kicks off for Croatia on 12 June against Turkey. Croatia then head to Saint-Etienne on 17 June to meet the Czech Republic, followed by their final group game against Spain in Bordeaux on 21 June.