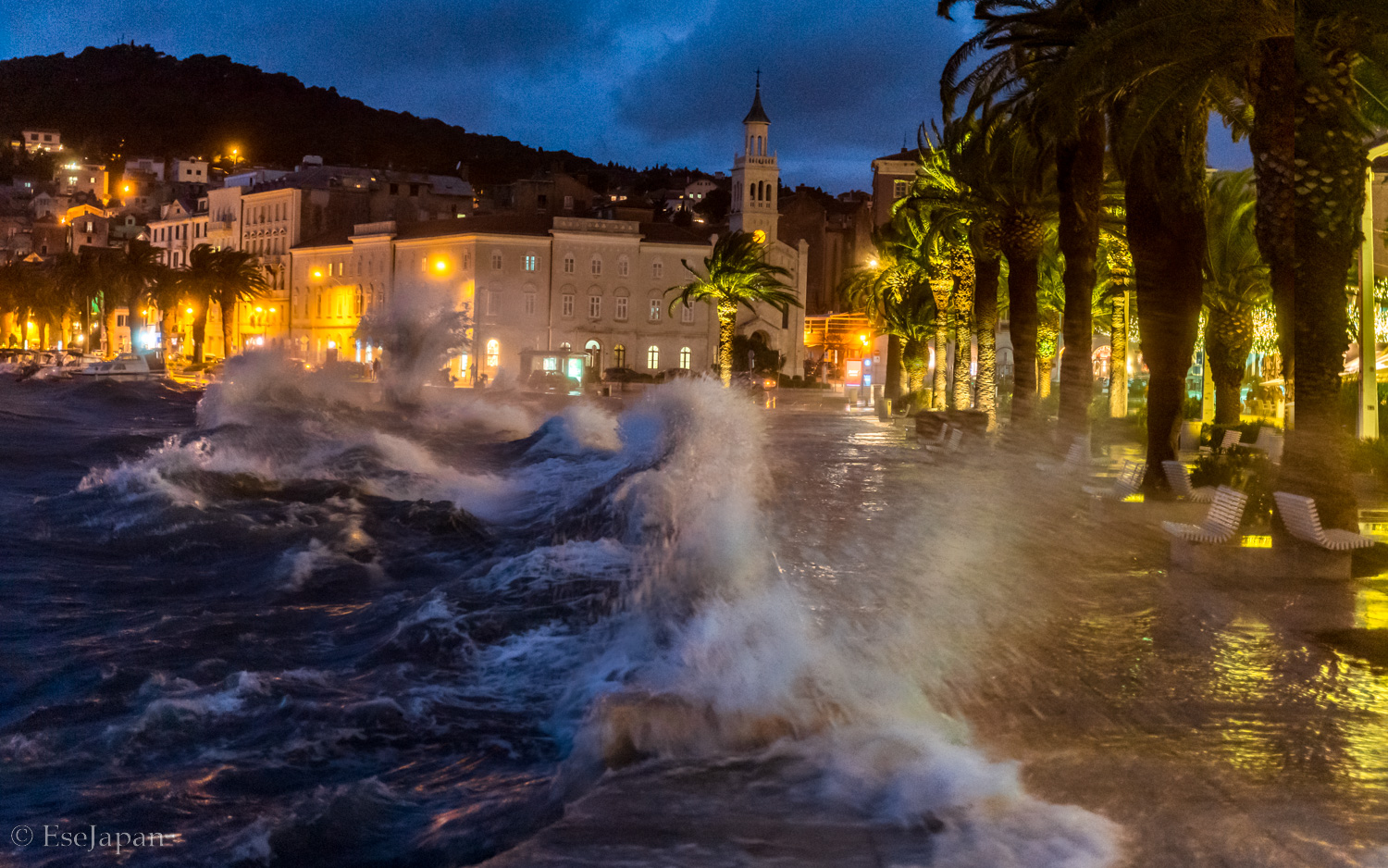 The Croatian coast is known for the various types of winds which blow in, the most famous four being the Bura, Maestral, Tramontana and Jugo.

For the past few days, a strong Jugo has been battering the the city of Split.

Now in Croatia, winds are a serious business as they believed to have a big effect on both physical and mental well-being. The Jugo wind is credited for bringing out the worst and is widely believed in Croatia to be responsible for bad moods, nausea, migraines, and a lack of concentration.

There is even a common urban myth in Croatia which says that, back in ancient times, Južina or Jugo was accepted by the courts as a mitigating factor in getting a lighter sentence to those who committed crimes whilst this wind was blowing. 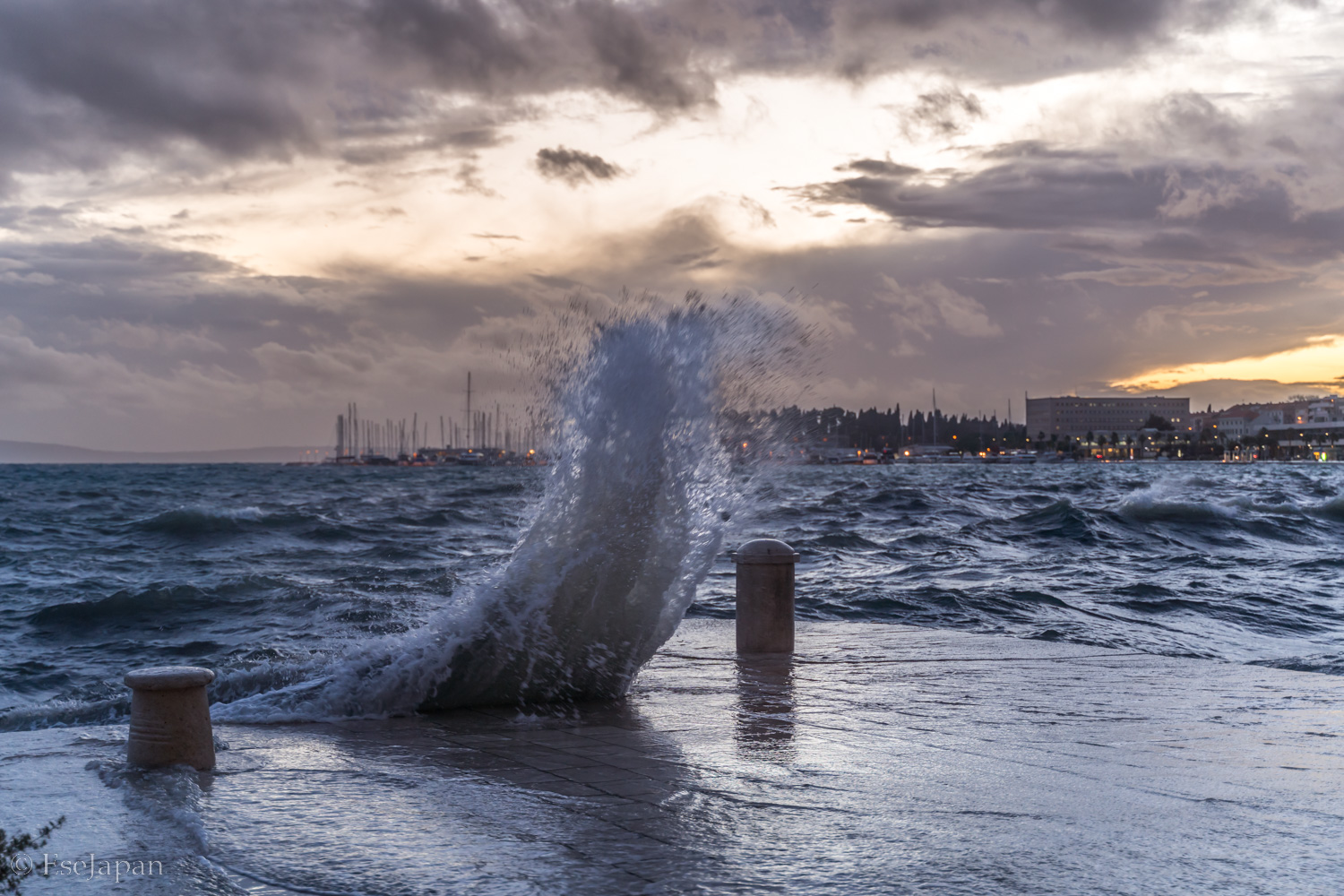 One man who recently found out just how serious winds are taken in Split are is popular travelling photographer Yuya Matsuo.

Yuya, who is no stranger to Split and Croatia, having spent a lot of time living in and promoting the country over the past decade, captured some stunning shots this week of the Jugo in all its glory hammering the Split Riva. 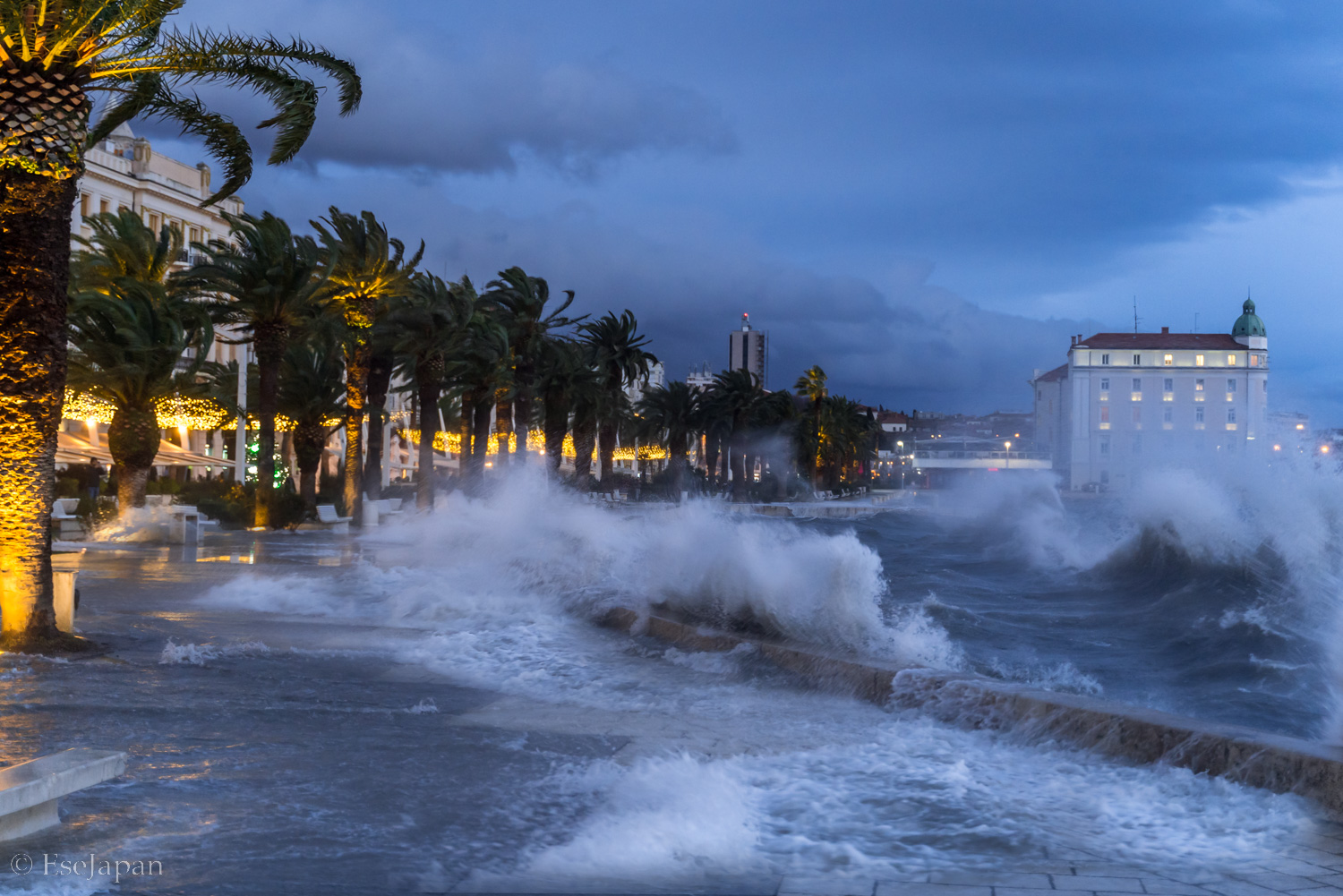 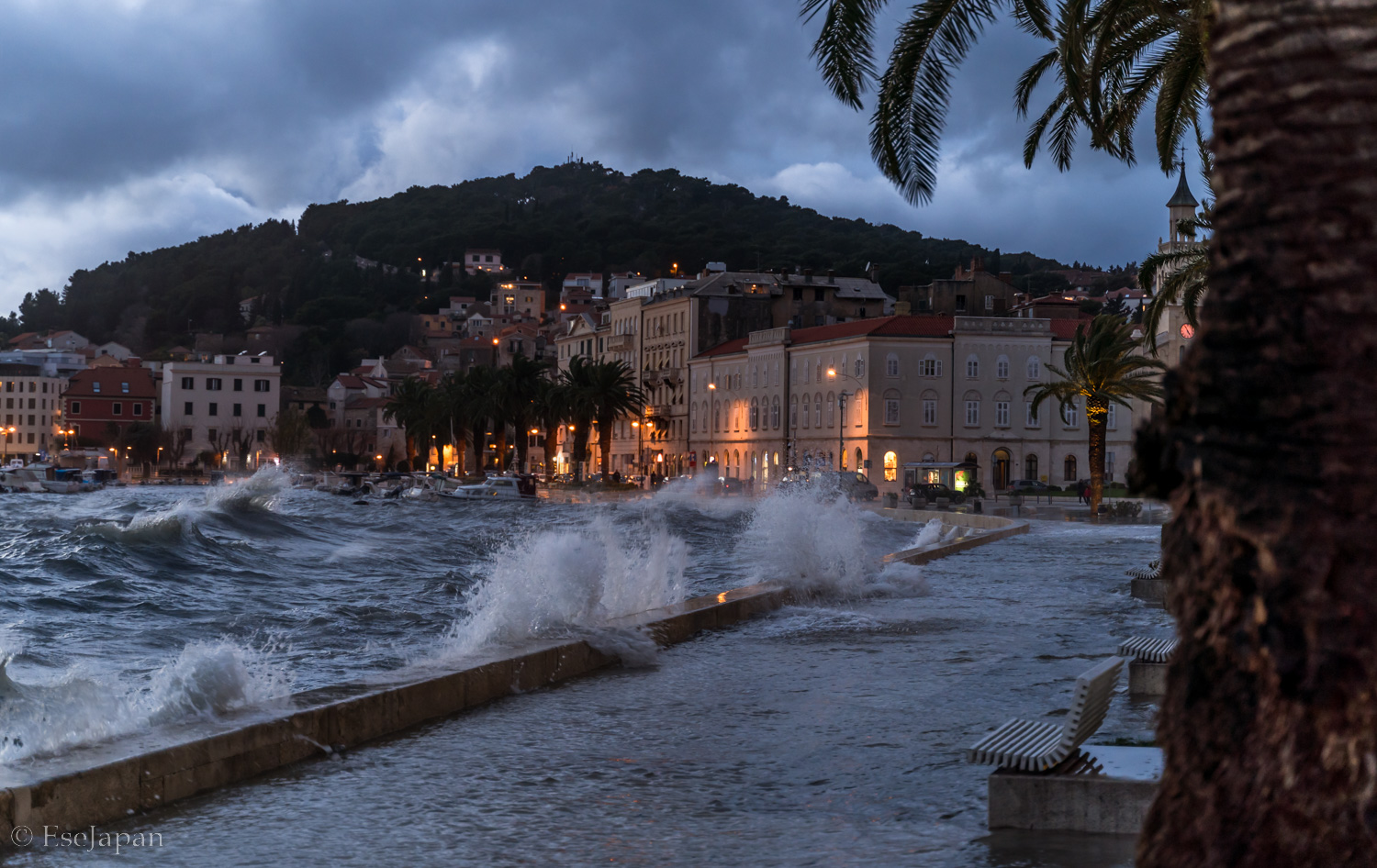 When he posted the photos, and in haste called the wind by the wrong name, his Instagram lit up like never before.

“I’ve known winds in Split for years, maybe not much about Lebic and Ostro, but I can at least tell the difference between Jugo and Bura. When I posted a photo and put ‘Bura, Bura, Bura’ the Jugo actually did mess with my head. I just wrote Bura without thinking, and then I immediately realised after posting. But instead of deleting and reposting, I kind of made it into joke,” he explains.

Yuya, who is closing in on 100,000 followers on his Instagram page ‘EseJapan’, says it was the biggest reaction he has had yet to a post. 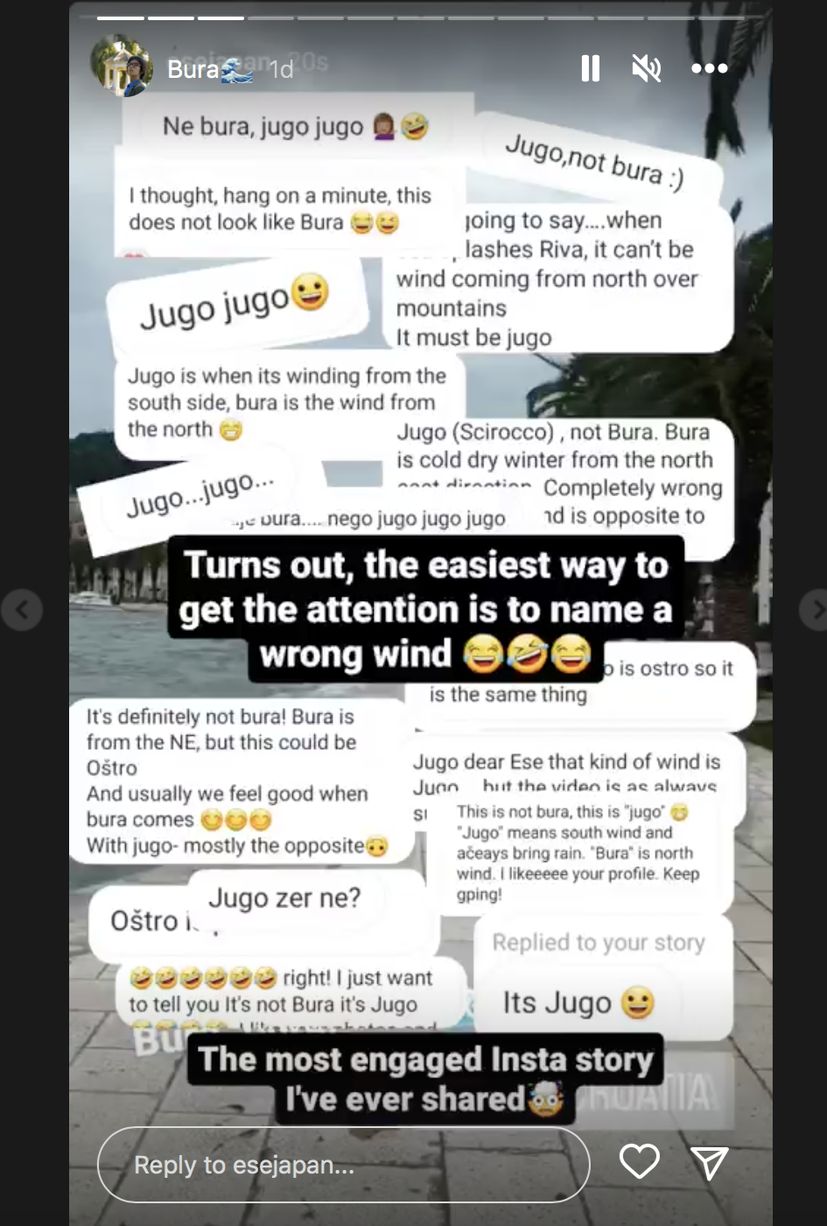 “Many were just correcting me, “no, it’s Jugo”, but many also got the joke after with following stories. I was not expecting to get that much replies and attentions from simply naming the wrong wind. People love talking about winds,” he laughs.

The Jugo (scirocco) is a south-easterly Mediterranean wind that comes from the Sahara and can reach hurricane speeds.

You can check out an interview we done with Yuya a few years back HERE.