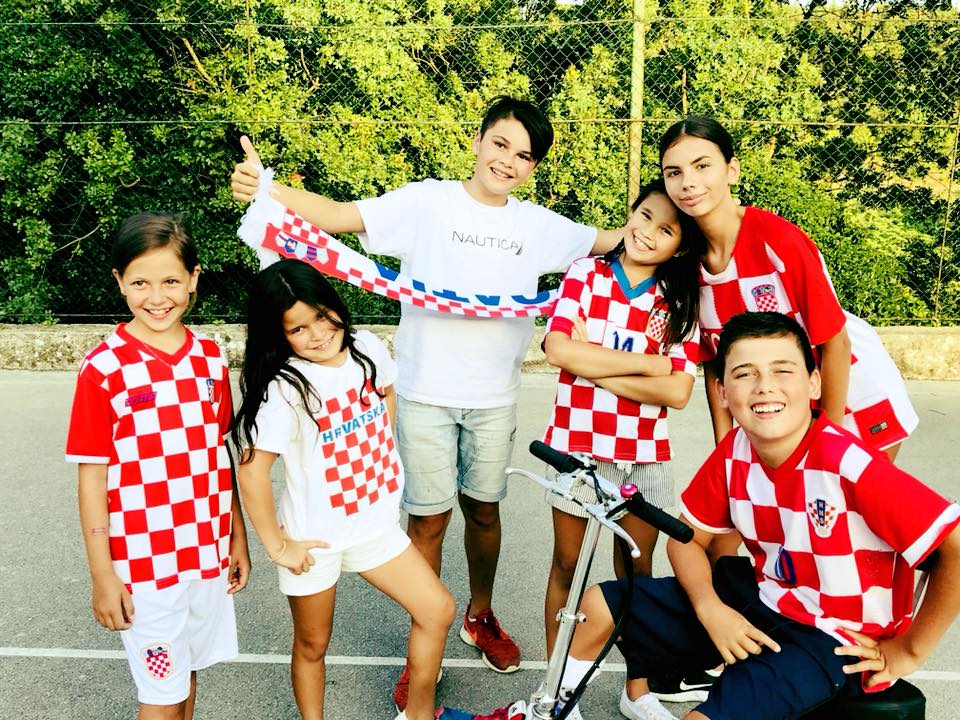 The day after the World Cup final between France and Croatia I heard my 11-year-old son quizzing his dad on previous winners of the FIFA World Cup trophy.

“So who won the competition in 2014? He asked my husband, suddenly now curious about the history of World Cup.

“Germany,” my husband replied without skipping a beat.

“And who came second then?”

My husband, despite being a total sports fanatic, said he had no idea (it had completely slipped his mind that Argentina had scored the silver honour.)

“What about the second spot then?”

My husband again was stumped for he had forgotten all about the Netherlands vying for the World Cup trophy back then.

My son looked pretty devastated after that.

“So that means no one will remember that Croatia even played in this grand final?”

And that was when my son learned a great lesson in life. 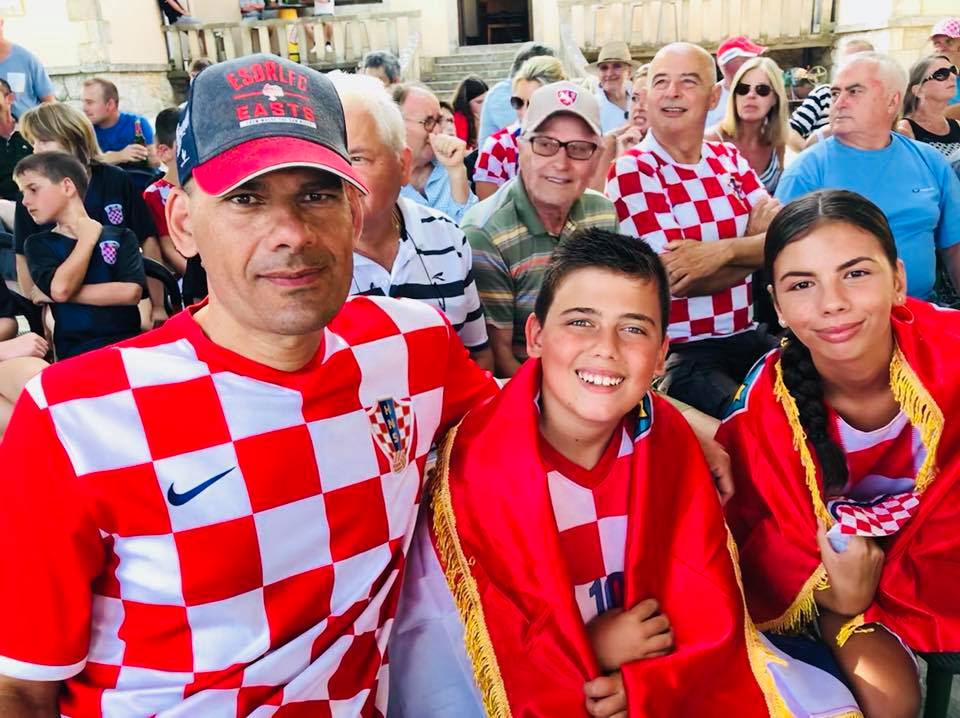 I promised him that even if the rest of the world forgot all about our valiant, incredible effort in this year’s tournament, WE CROATIANS, the ones to whom it meant the most, would never, ever forget it.

I know this because I was blessed to live in Croatia during the 1998 World Cup when our country participated in the event for the first time ever after gaining independence and placed third in the world (following France and Brazil).

Those old memories from exactly twenty years ago – and the coinciding feelings of hope, excitement, surreal buzz, undeniable hope, pure joy and anticipation – are still etched firmly in my mind. 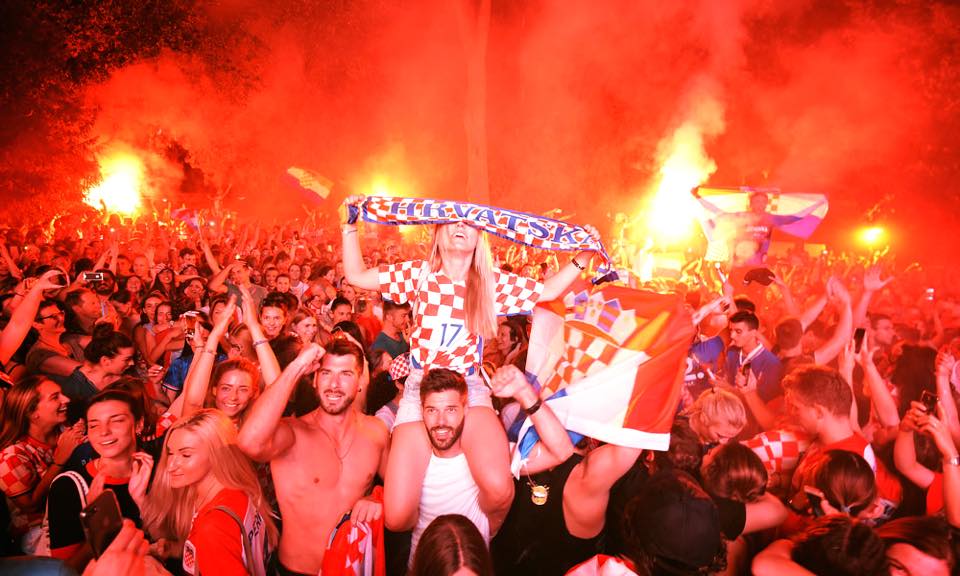 For so long I had thought that was a “once-in-a-lifetime” experience but then my family had the good fortune of spending this summer in Croatia and all of those feelings resurfaced again.

But this time the feelings felt even stronger.

There are no words to adequately describe the energy that existed in this country during the incredible, 32-day ride of football that saw our Croatian team make it all the way to the grand final until the guidance of their coach Zlatko Dalic.

Every time we won a game, it felt more and more like we were walking around in this most incredible dream that we didn’t want to wake up from until that trophy was finally in our hands.

I woke up on World Cup grand final day feeling like it was every incredible day – Christmas, birthday, New Year’s Eve, special celebration – all rolled into one. You could feel the magic in the air – our country’s pride was literally bursting at the seams. 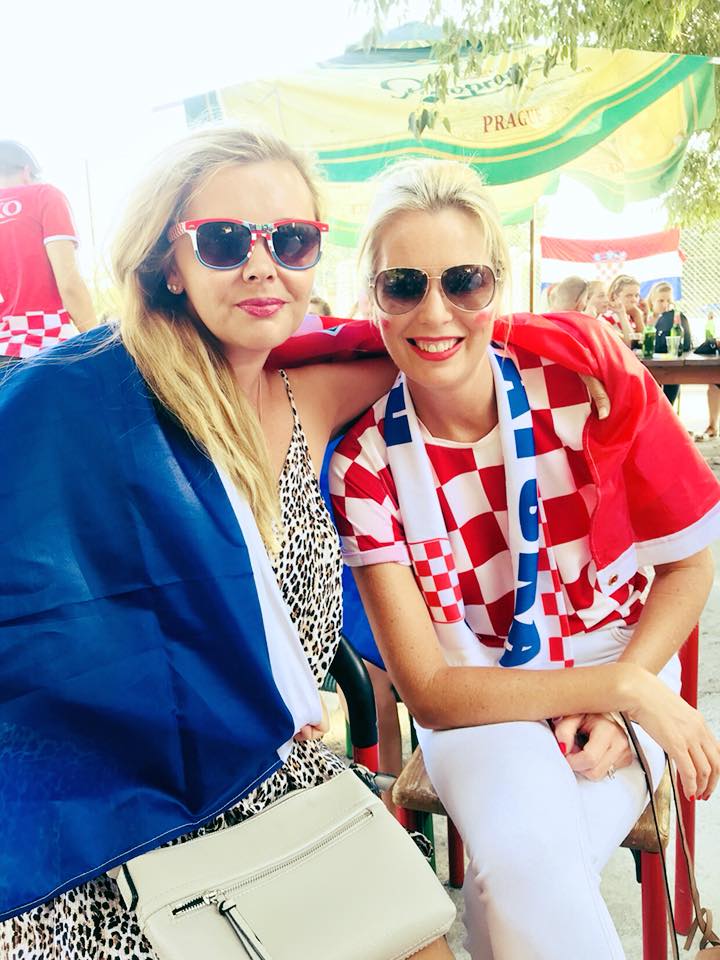 Frances with a friend watching the match in Pupnat, Korcula (Private Album)

Even before the big game, we all knew that our Srce Vatreni was a team filled with champions. They were unified by their love for Croatia and recognised by all for their brilliant form. Though they ultimately did not win the final game, they played like champions every step of the way. And this is where the final chapter of our incredible journey surprised my children and taught them some of the greatest lessons in life.

My children learned that you didn’t need to win first place to a champion.

They learned to honour courage, determination, dedication and passion and that despite a loss, all these qualities can still be celebrated it in the face of defeat.

They learned that you can be little (as in the case of Croatia, with a population of just over 4 million and the smallest country to reach the World Cup final since 1930) and still make massive waves around the world.
Even though we did not win, the world finally woke up and paid attention to our beautiful little country Croatia. It wasn’t just the Croatians abroad who supported their beloved country from afar – we won hearts all around the globe.

People from everywhere paid tribute to our wonderful Croatian president Kolinda Grabar-Kitarovic who won everyone’s heart during the tournament with her genuine, gracious warmth and sporting attitude.

Our president did not miss a single match; she travelled with fans in economy class and opted to support our team during many of the games with the crowd from the non-VIP stands. Her love and dedication to our team was second-to-none. While other leaders stuck to formal dark attire, she broke convention to proudly wear her Croatian jersey to the games. 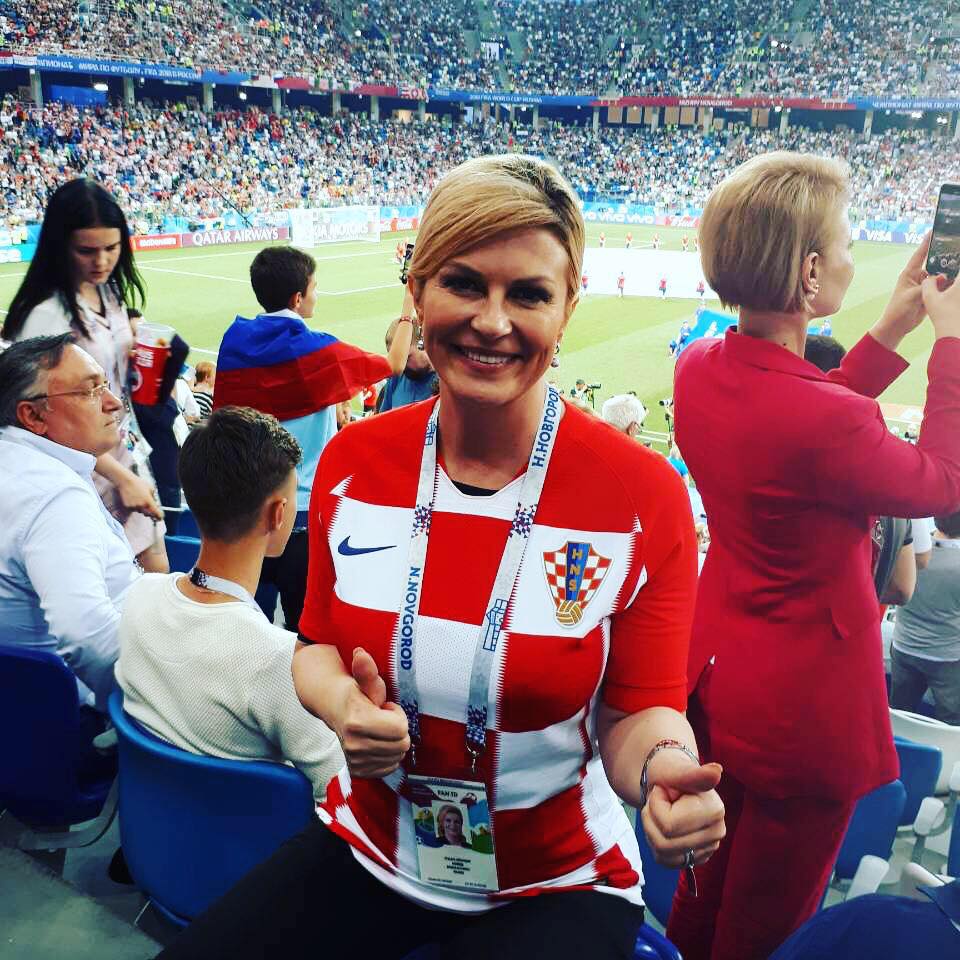 She also didn’t bat an eyelid when she stood in the pouring rain without an umbrella to hug and congratulate the players post the World Cup final. And not just the Croatian team but the French players too.

That was another lesson right there – dignity in the face of loss.

Then our Croatian team came home to possibly one of the biggest celebrations ever held in Zagreb. More than half a million fans celebrated and sang all day and night to honour the return of our beloved team.

Our hearts swelled when Luka Modric scored the coveted the Golden Ball award for he was so worthy of being named the best player in the 2018 World Cup tournament yet to us the entire team are champions.

Coming home with those silver medals hanging around their necks like precious jewels meant we had gone further than we had ever gone before in the World Cup tournament.

Scoring the silver medal meant we had beaten all the usual suspects: Brazil, Argentina, Spain, Germany and England.

Scoring the silver medal gave us one of the greatest sporting achievements in Croatia’s history. Sure it wasn’t gold but it definitely felt like a golden ray of light was shining upon our country and players on the day they returned home.

Forever our Vatreni will be considered national heroes, for they gave our country something priceless, something magical, something that could only found wrapped inside our hearts in the form of pride, love and hope.

So when my son asked my husband that very valid question – whether anyone else would remember that Croatia placed second I meant it with all my heart when I said these words:

It wasn’t important if anyone else remembered it.

What mattered was this:

EVERY CROATIAN WOULD FOREVER REMEMBER THE DAY WE ALL CAME TOGETHER FROM ALL ENDS OF THE WORLD AND WATCHED OUR BELOVED TEAM CARRY OUR HEARTS INSIDE THEIR OWN OUT ON THAT FIELD.

This was, without a doubt, a defining moment in our country’s history, an experience that we were all immersed in together, unified, connected by our love and pride by invisible strings to our homeland. And that my child is honestly the only thing that truly matters in the end.