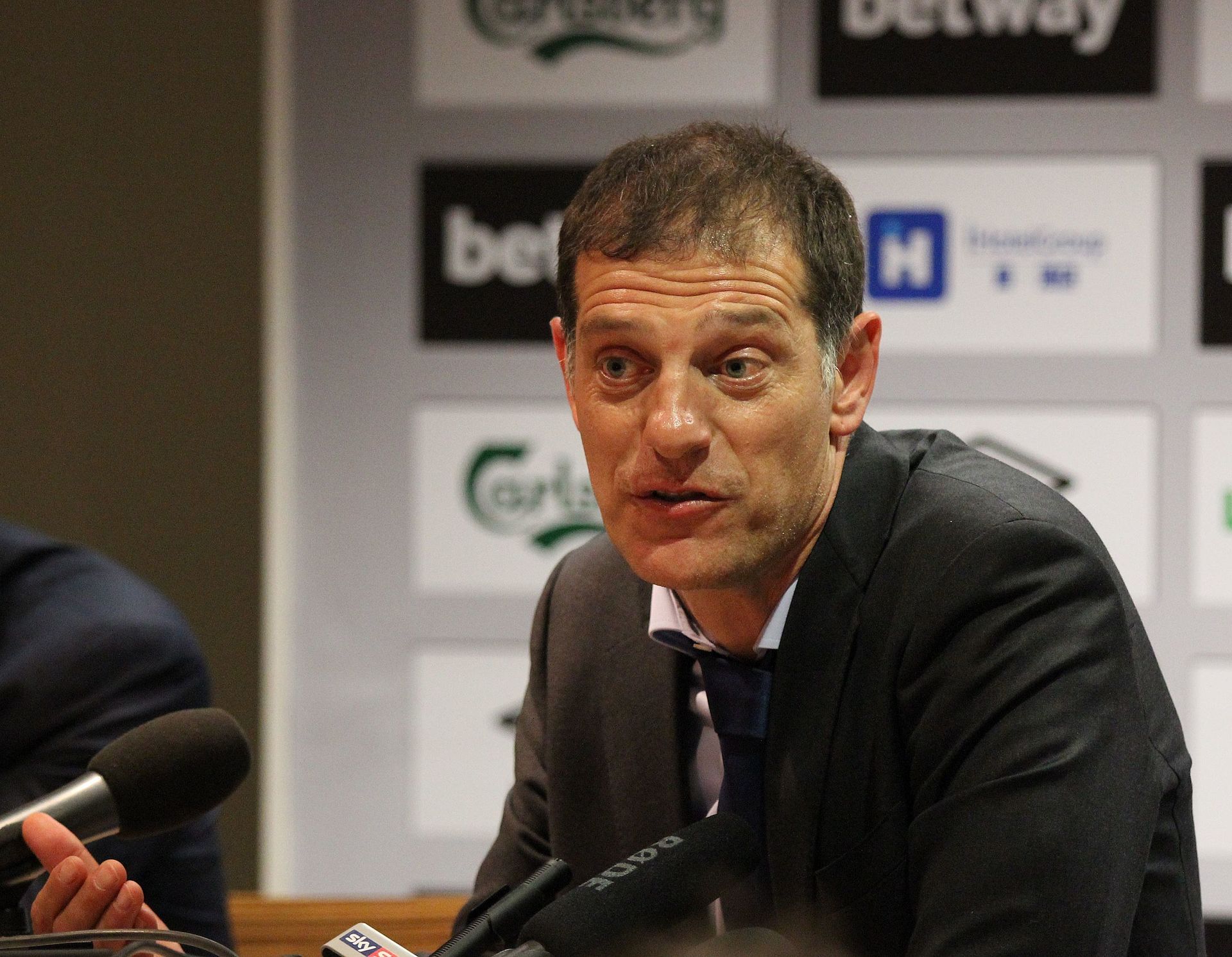 14 June 2019 – First they appointed a Croatian as their new head coach, and now they have gone for Croatian spelling of their club name.

“I’ve played in England, I’ve managed in England. I know the club, I know West Bromwich Albion and its history, its traditions. I know their story,” the Croatian said.

The club went a step further, changing the spelling of the club name on their official Twitter account, removing the ‘h’ and replacing it with a ‘ć’. 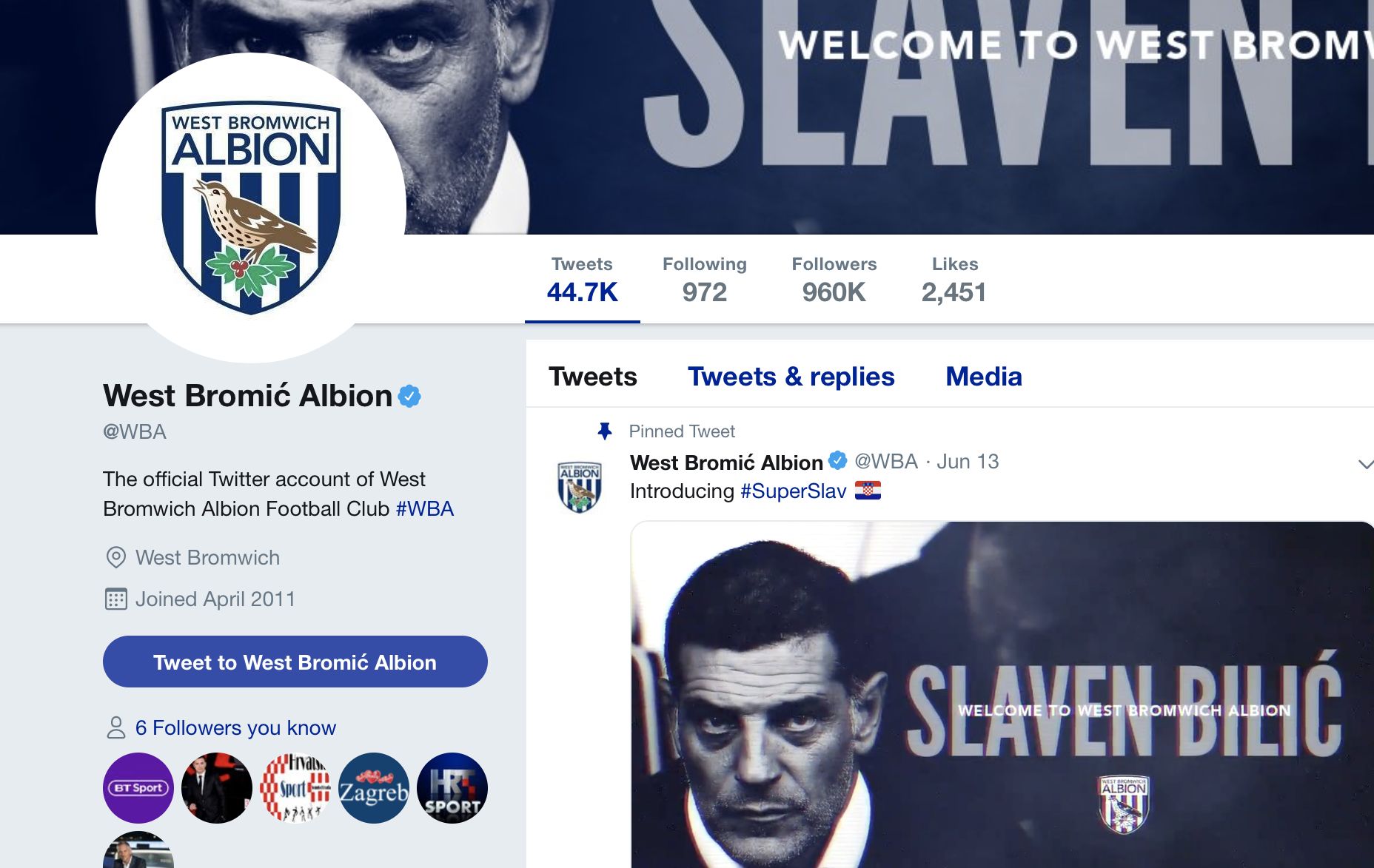 The move will not only have pleased their new boss, but also the number West Bromić Albion fan in Croatia, tennis legend Goran Ivaniševic.

The Wimbledon champion has made no secret that after Hajduk Split, WBA is his favourite club.  Back in 2013 Ivanišević was at guest at the Hawthorns. He was introduced to the crowd at half-time and was presented with his own shirt, reading ‘Croatia’s Number 1 Albion Fan’ on the back.

Goran with his shirt (WBA)

Goran said at the time that WBA remind him of himself, a side with ups and downs and ‘you can never be sure what they were going to do next’.

WBA finished fourth this year in the Championship and were eliminated in the Premier League play-offs against Aston Villa. Bilić will be hoping he can help get WBA promoted to the top flight of English football after they came close last season. If he does, perhaps a kit change to checkers could be next?