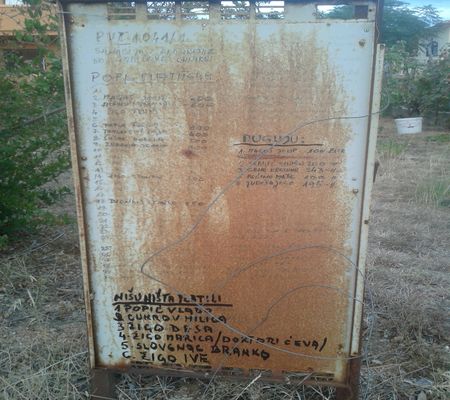 Fed-up locals on the northern Croatian island of Rab who had enough of fellow residents not pulling their weight when it came to development projects in the village, had decided to name and shame the culprits…

The tablet, errected in the small village of Barbat on the eastern side of the island, names and shames those residents who did not financially contribute to the widening of the local road or for the errection of a new stone wall.