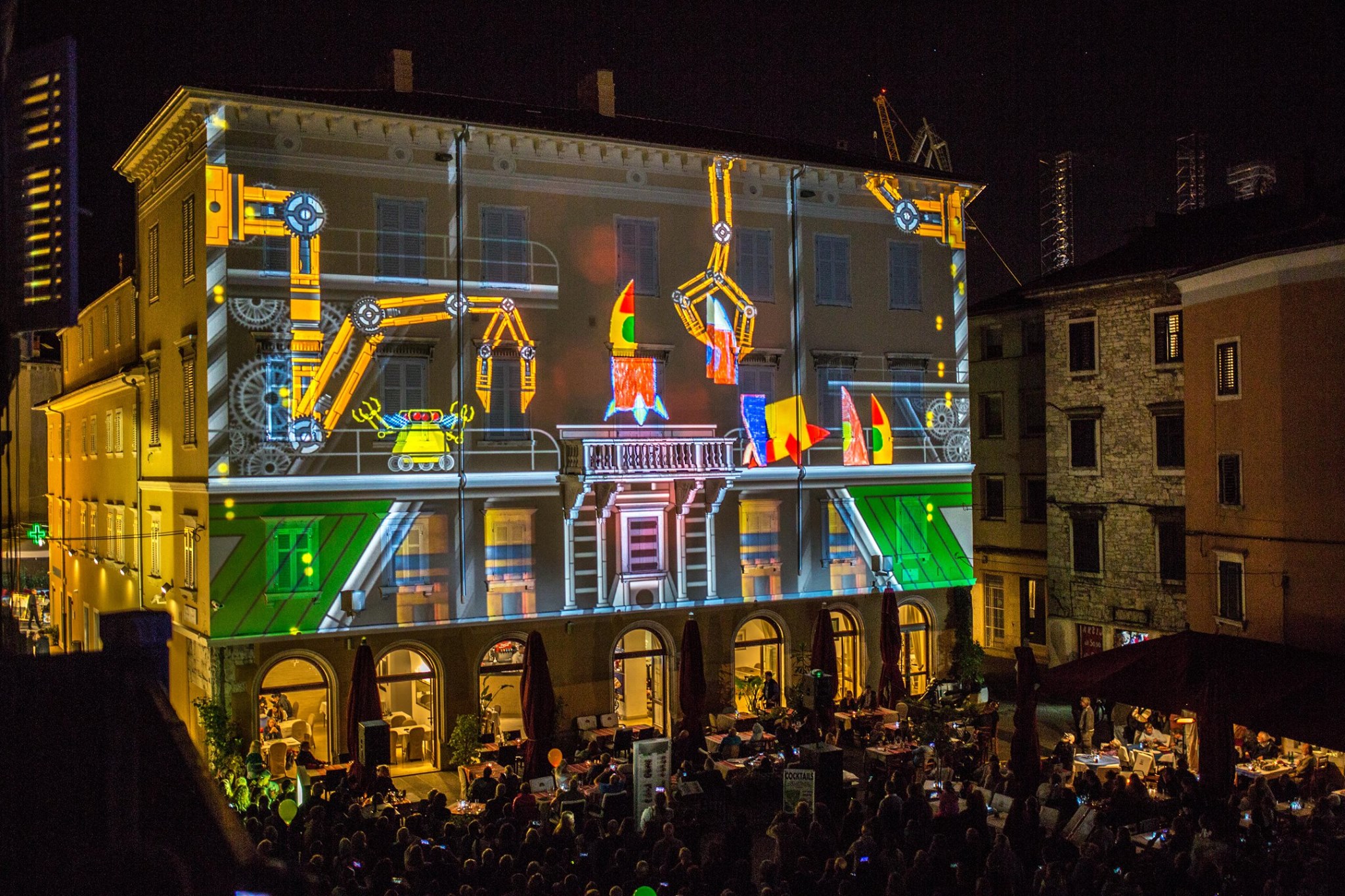 A Different Kind of Innovation – Visualia Festival from 13 to 15 September in Pula.

Visualia Festival, which this year will be held from 13 to 15 September, celebrates its sixth anniversary with the help of numerous Croatian and foreign artists.

Organized by the Sonitus Association and the Pula Tourist Board, in cooperation with the Archaeological Museum of Istria and numerous partners, this event promotes modern works from the field of audiovisual art, thus contributing to the increase of cultural capital, focusing on artistic values and creating the possibilities for the new young artistic forces to develop and express themselves.

Visualia Festival is the first festival of light in Croatia that represents all the magic and beauty of new technologies and audiovisual art and has become an inseparable part of the cultural events of the City of Pula.

The invitation to young, new artists, but also to all those young at heart, was open until 1 April, and the competition resulted in three winning works that will be presented at this year’s Visualia. The Festival will feature a total of 23 artists or art groups, who will exhibit 21 works at different locations. The three-day festival will reframe the city spaces and attract thousands of visitors. 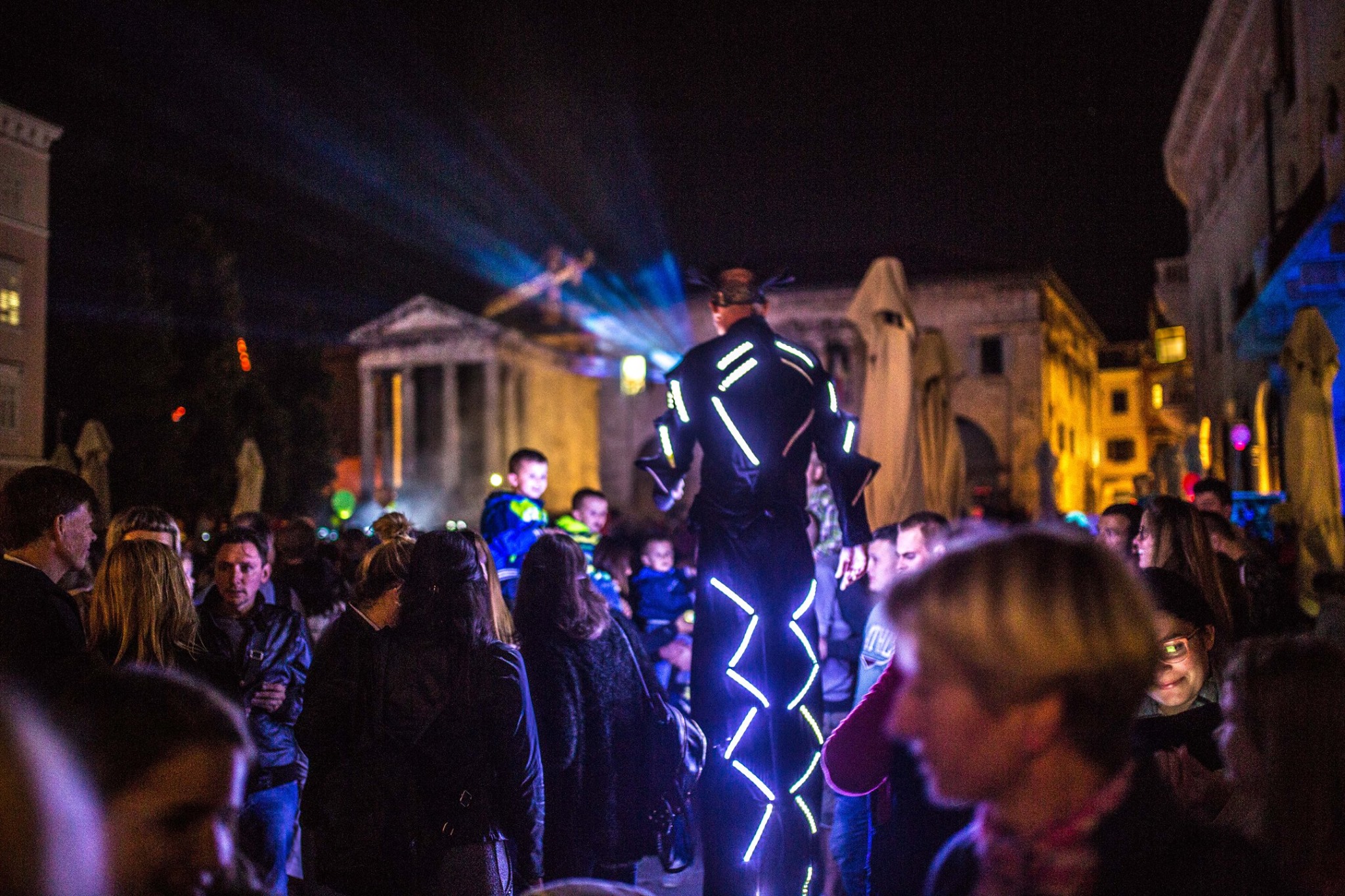 Although the Festival focuses on local artistic and creative forces, providing them with the promotion possibilities, this year the Festival will present several international artists as well.

Surely, one of the most attractive works premiering at this year’s Visualia is the Aquadventure video game. It is inspired by environmental protection and the work of the local Aquarium Pula in their turtle rehabilitation department and is based on the legendary video game from the 1980s, Pacman, which will delight the young but also more experienced gamers.

The Aquadventure video game creators are the creative forces from the Visualia Group, who designed and realized the game technically, the programming was done by Edi Crnković, while Undertoon is responsible for the visual solution, design and animation of characters and other elements. Aquadventure will be presented in the video mapping form on the facade of the Tax Administration building in Pula.

In addition to the domestic forces, this year we’ll have numerous foreign artists whose work we’ll be able to see at the Festival. You are here… somewhere else is the project of the Matthieu Tercieux and Edouard Souillot duo. Their work is focused towards creating social interaction, where visitors become the main protagonists by creating their compositions while interacting with others. This is their second appearance before the Pula audience, and what this project makes so special is the active involvement of the local community in its realization. Apart from the fact that the Pula artist and designer of Undertoon will create and design city maps, children from the Bambi kindergarten will have the main role. Their characters and visions of the future will be used to create interactive projection mapping on the facade of the building and the floor in the Forum Square. 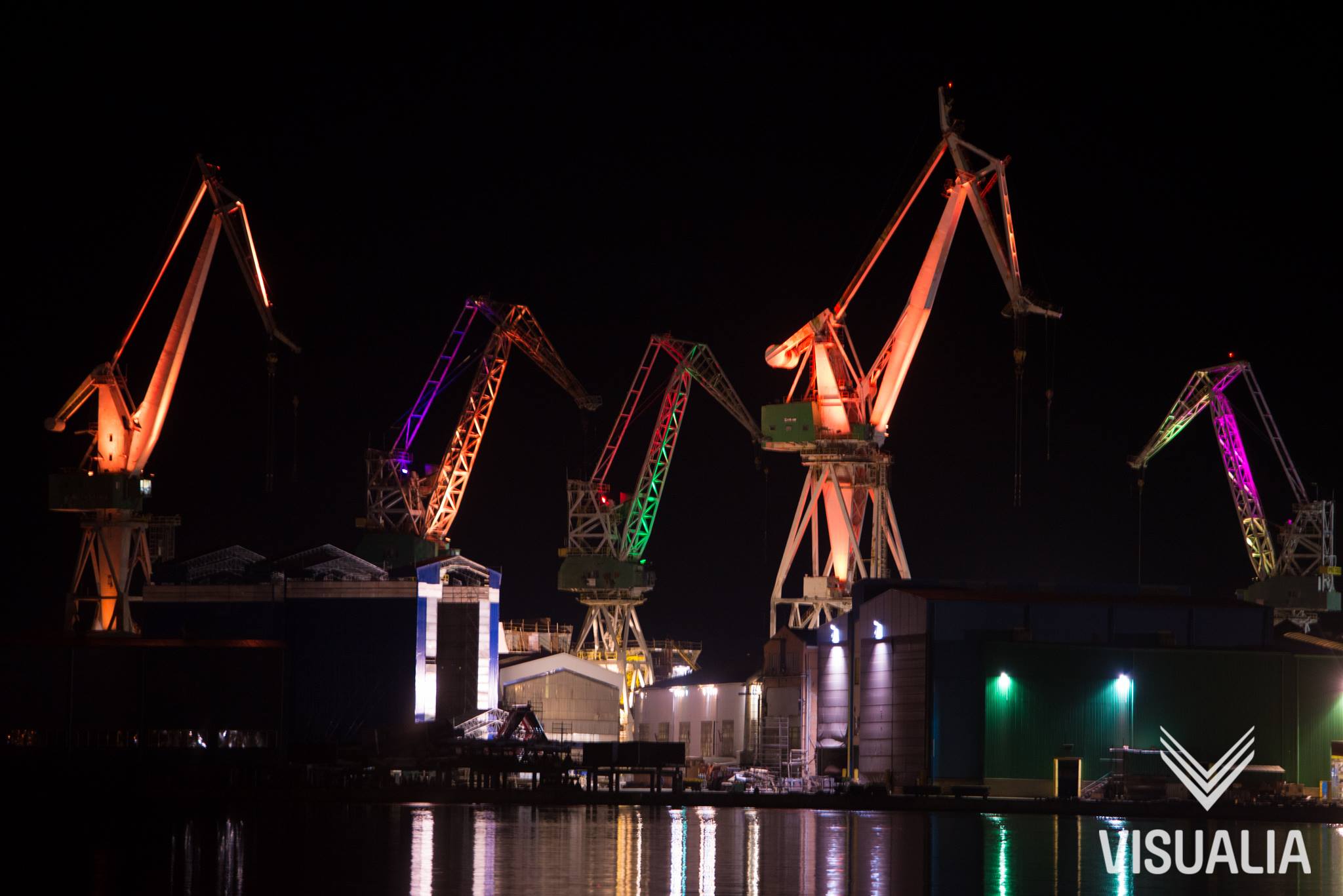 The French duo Collectif ARCAAN, Jeremy Oury and Antoine Briotčine, will for the first time present the Pula audience with 360 mapping, which is also the first such mapping in our region. The 3D video mapping, under the suggestive name Immersive, will be repeated every 15 minutes, and what makes it specific is the fact that the video is projected in a 360-degree circle while the audience is in the middle. This extremely attractive mapping will be presented at a new location, for which we are grateful, the courtyard of the Pula Monastery and the Church of St. Francis at the Ascension of St. Francis of Assisi (Uspon sv. Franje Asiškog).

The sixth year that the festival is held is the proof of its value and potential in terms of developing the competitiveness and strengthening the recognizable image of Pula as a city of light offering unforgettable emotions and new experiences.

The event is supported by the City of Pula, County of Istria, Kultura Nova Foundation, Istria Tourist Board and the Croatian National Tourist Board. We would also like to thank our dear sponsors: Arena Hospitality Group, Heineken, Hrvatska poštanska banka, IDD production, Ara Electronic, Mijena, Aquarium Pula, Zemlja Zabave and Medvid Produkcija from Pula.