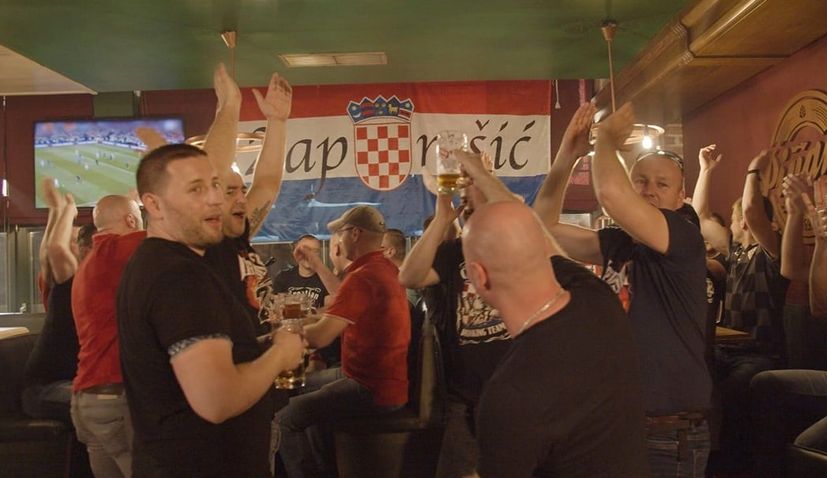 ZAGREB, 8 June 2019 – Zaprešić Boys, who have had churned out countless Croatian football supporters’ songs over the years, have released their latest hit.

Zaprešić Boys have had a number of hits such as ‘Srce vatreno’, ‘Samo je jedno’, ’Neopisivo’ and the hugely successful ‘Igraj moja Hrvatska’ which they released ahead of the 2018 World Cup in Russia.

Their latest hit called ‘Za ekipu’ (For the team) is, just as the title itself says, a song for the average Croatian crew or ‘team’ of mates that meet up in a local pub when the national team is playing to watch together.

The story is about 90 percent of Croatian fans who can not afford the expensive trip and hard-to-get tickets to watch the Croatian national team play live. The song is dedicated to the fans who gather together with their close friends in the pub to watch the match.

The song’s author’s, Bojan Šalamon-Shalla, Marko Novosel and Zdeslav Klarić, have used a lot of vocabulary of the typical Croatian fan in the song, as well as humour and mixed in a popular chant ‘Bježite ljudi, bježite iz grada’ also into the song.

Check out the new song ‘Za ekipu’ below.