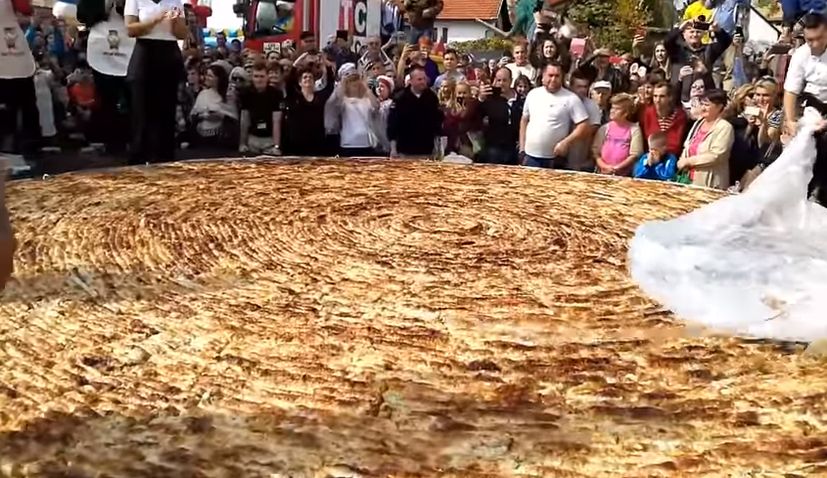 Last month Croatia set the Guinness World Record for the world’s longest sarma when a whopping 1,320-metre sarma was made at the Zeljarijada festival in Vidovec in the northern Croatian Varaždin County.

Now Croatia’s neighbours Bosnia and Herzegovina has joined in on the act. In the city of Tuzla today a huge meat burek, weighing 650 kilograms was revealed which they hope will earn them a place in the Guinness Book of Records. 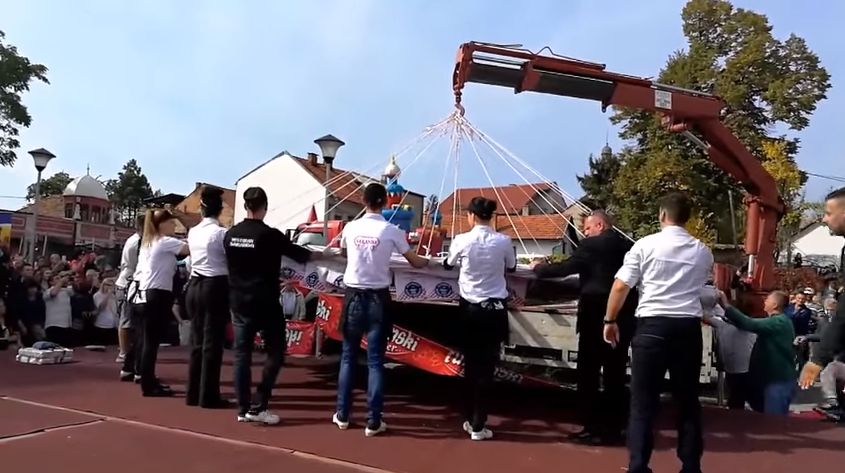 A special crane had to deliver the burek (screenshot)

Besides the massive burek, they also produced a gigantic portion of ćevapi, 1,500 pieces on a huge lepinja. They also hope that makes the Guinness Book of Records also.

“The dimension of the burek is 6 metres x 6 metres. 14 people took part in preparing it with the pastry measuring 1,500 metres in length,” Omer Isović, one of the organisers of the Tuzla Gastro Show, told Klix.ba.

The burek was shared amongst citizens and members of local fire brigade, police and ambulance.

The Bosnians will find out in three months if their effort was enough to get them a place in the Guinness Book of Records. Check out the video below.