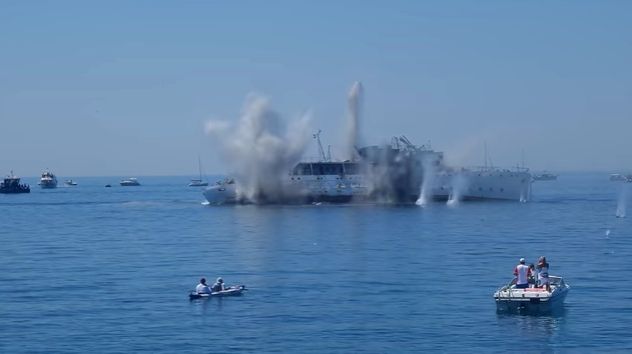 For years destinations around the world have attracted ‘diving tourists’ in this way, and now Croatia will has its first ‘intentional’ shipwreck attraction. The ship was sunk on Sunday in front of a large crowd just off Cape Kamenjak on the Istrian coast, which is considered one of the most attractive places for diving on the coast.

Vis, which was built in 1956 in Pula and owned by Tito, was purchased by an Istrian businessman in 2002. The sunken ship, which is located 250 metres off the coast at a depth of 32 metres, will be an attraction where divers can visit.