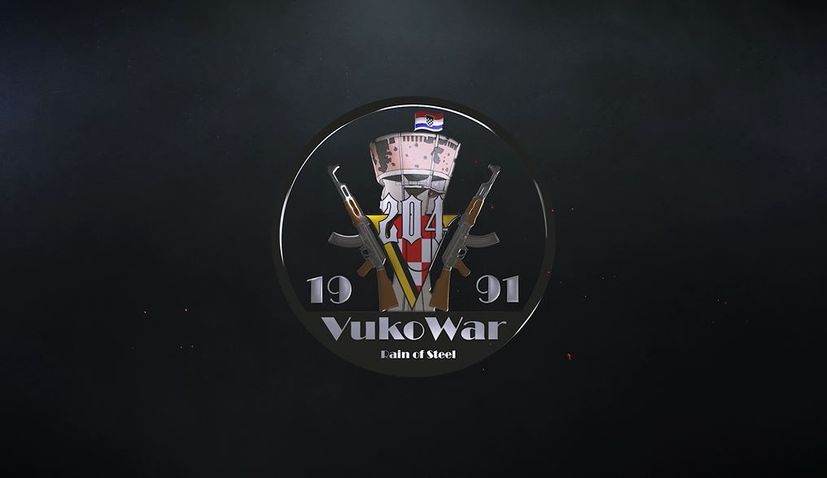 On Monday November 15, young Croatian computer programmers presented to the city of Vukovar plans to produce the first ever video game about the heroic actions of the defenders of Vukovar.  VukoWar- Rain of Steel will be free to download, the storyline will be in English, and it will be based on the real events leading up to the fall of Vukovar, emphasizing an antiwar stance. With other Croatian non-profits, Crodiaspora will be supporting this initiative.

In the past 30 years, the way in which we live has significantly changed. The rise of the internet and its capabilities in retrieving and presenting information has changed the way in which we learn. Video games, for example, are a medium in which people learn about some of the greatest battles in world history. This is what led two programmers from Slavonski Brod to start producing a video game about Vukovar.

The idea for the video game came about when Darko Galić and Matija Župan, programmers from Slavonski Brod, started down the ambitious path to create the first ever video game about the Croatian Homeland War. In 2020, they briefly halted development of the game due to lack of funding. Renown author and Vukovar defender, Damir Plavšić, heard about Galić’s and Župan’s game and spearheaded a campaign that would gather dozens of Croats from around the world to voluntarily start 3D modeling objects in the game. Realizing the importance of this project, Galić, Župan, and Plavšić established Cro Game Devs, a non-profit organization which will be tasked to develop the game.

Presenting VukoWar to Mayor Penava at City Hall in Vukovar

Member of the Development team, Stjepan Dasović, in his presentation to Vukovar Mayor Ivan Penava, highlighted how VukoWar- Rain of Steel will help unite Croats everywhere:

“The most important aspect of this project is to unify Croats from around the world in producing a common vision and protecting the truth about the Homeland war. We will together strive to create a product which will serve in promoting the Republic of Croatia, Croatian ingenuity, and above all else perpetuate the truth about Croatian history. We want to acquaint the new generation of Croats, as well as youth around the world born after the Homeland War about the tremulous path to create a Democratic and free Croatia.“

According to the unofficial results of this year’s census, Croatia is still facing issues with emigration from the country. Cro Game Devs plans to hire 10 programmers and pay each one of them respectable salaries. As Damir Plavšić highlighted at the press conference in the Vukovar town hall after the Development team’s presentation:

“War games are a well-established genre in the video game industry, and they are particularly popular in the United States. The First and Second World Wars have been for a long time recreated in video games. The siege of Vukovar has been studied in many military academies around the world. They call it the Croatian Alamo for a reason. Despite losing the battle of Vukovar those who fought until the last hour for the city and escaped, continued to fight for their homeland on other fronts. This opens the door to allow VukoWar- Rain of Steel to have an epilogue and eventually become a video game series that portrays all the battles that lead to Croatia’s victory in the war.”

What will the Demo Version include? 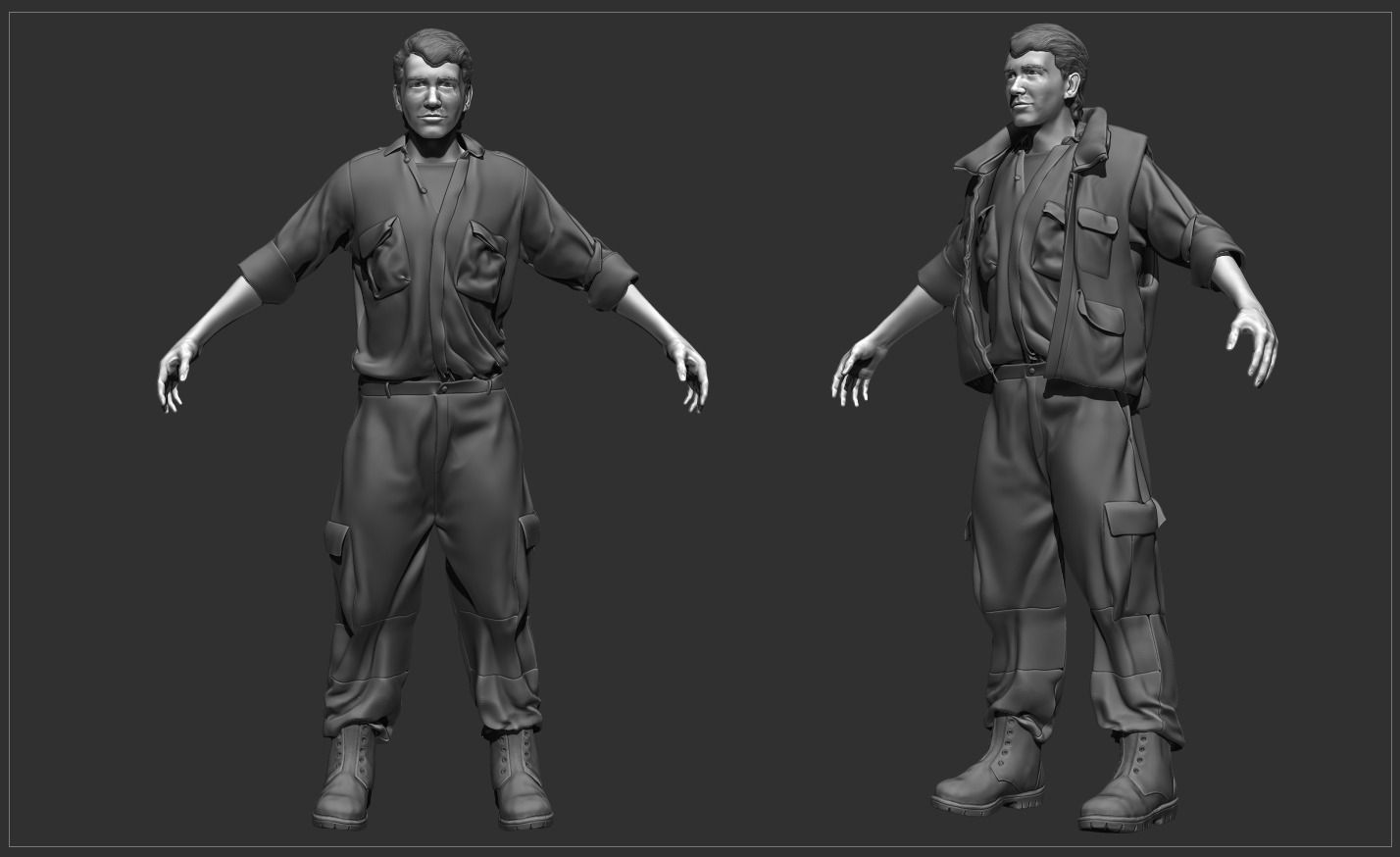 Consulting with the Vukovar Defenders, Cro Game Devs concluded that the Game’s main focus should highlight the heroic acts of those who died in Vukovar such as Luka Andrijanić, Blago Zadro and of those who volunteered from abroad such as Jean-Michel Nicolier from France. Cro Game Devs’ programmers plan to publish the demo for VukoWar by May 2022. 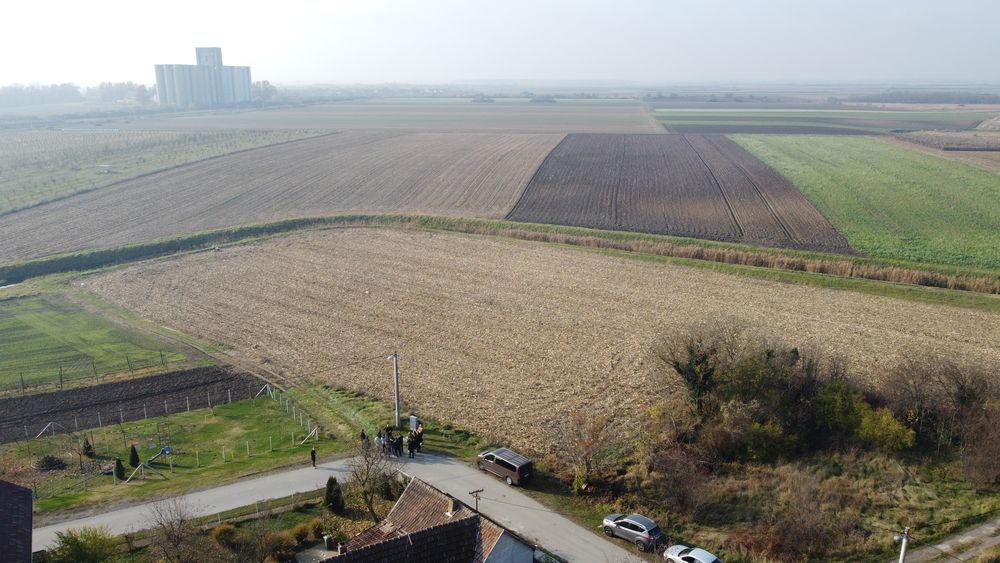 From this street corner, Luka Andrijanić shot down 2 JNA planes

The first Mission that will be produced in the demo version of the game will be Luka Andrijanić’s ground-air defense of the city.  During the Siege of Vukovar, the JNA indiscriminately bombed the city of Vukovar and consequently many civilians were wounded and killed. By using the only anti-aircraft gun that the Vukovar defenders had in their possession, Luka was able to shoot down 2 planes at the beginning of the siege. The position of the gunner was on Bosanska Street in Borovo Naselje.

The second mission will be showcasing the ingenuity of the Vukovar Defenders in defending the city. Due to the security council’s arms embargo on all states involved in the war, it placed the Vukovar Defenders at a huge disadvantage. Despite this, soldiers on Trpinjska cesta were able to disable dozens of tanks despite the JNA being the 4th biggest army in Europe at the time. In the game we will reproduce how the Vukovar defenders defended the Sajmište heights, which includes making make shift bombs and throwing them at tanks to disable them. To place it into context about how horrible the battle for Sajmište was, all the Defenders that fought on Sajmište on the day the city fell were sent to concentration camps and no one made it out alive.

How to get Involved

Cro Game Devs has over 800 young Croats from around the world who are Programmers, 3D Modelers, Composers and Musicians. The passion to make this game comes from the unwavering support of the Vukovar defenders. Every part of the game needs to be modeled, every voice recorded, music themes written and played and ultimately we need your support. If you want to contribute to this project either through volunteering your time, talent or financial support, reach out to Mate Pavković at [email protected], or text over WhatsApp or Signal at +385957518908. You can also contact via Facebook by clicking here.

Additionally, financial support is needed with 700,000 HRK required to develop the full game and to purchase a server. If you are interested in supporting this project which will promote Croatian interests, preserve Croatian history and help the next generation to honor the Croatian defenders and learn about the the horrors of Vukovar so that it shall never be repeated, consider donating to Cro Game Devs- payment information down below: