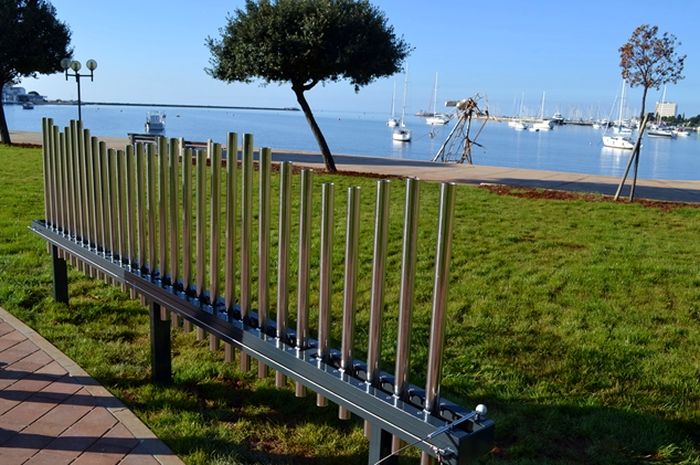 A new attraction for the town of Umag on Croatia’s Istrian peninsula.

A musical fence has been installed at the newly-opened Humadum park in Umag as part of the ‘Science Park’ project.

The musical fence consists of 29 vertical steel bars, each of which produce a unique melodic sound. When each of the 29 bars are hit in a row, from left to right, the opening of Ode to Joy is played.

Ode to Joy is best known for its use by Ludwig van Beethoven in the final movement of his Ninth Symphony. It was adopted as the Anthem of Europe by the Council of Europe in 1972, and subsequently the European Union.

Last year the eastern Croatian city of Vukovar had a musical fence installed at its Science Park which plays the Croatian national anthem. 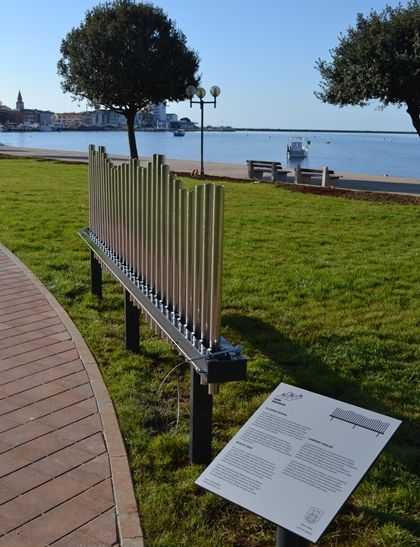