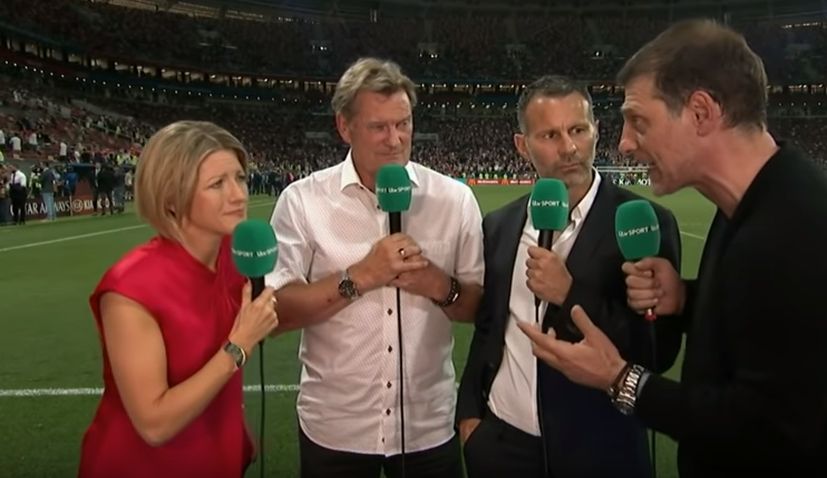 Bilic, who was part of the 1998 World Cup side which won bronze in France, was a pundit on ITV on the UK during the tournament and last night he was in his element when his countrymen ended England’s hopes.

Speaking about the World Cup semi-final win after the match with former England player Glen Hoddle and ex-Wales and Manchester United winger Ryan Giggs, Bilic told explained Croatia’s dominance in the midfield in the second half was the key.

Bilic himself has already tasted victory over England twice as a manager. He was in charge when Croatia beat England twice, including the famous win at Wembley in 2007.

“You were hoping we were gonna get tired towards the end of the game but it was us, Brozovic, Modric, Rakitic who lifted and raised their game,” Bilic explains.

Check out his post-match analysis on UK TV.