Croatia has a long tradition of motor racing sports in the Kvarner region, and rich history that goes along with it.  A look at the history of the Kvarner circuit.

In 1931 when Opatija was known as Abbazia and was a part of Italy, the circuit first hosted local auto races beginning. It has alternately been known as the “Circuito di Abbazia” (Opatija Circuit).

The circuit’s layout was comparable to that of the Monaco Grand Prix course but faster and longer at 6 kilometres in length. The racecourse presented an impressive challenge for competitors, starting on the beachfront corniche and winding up a steep hill with a rock face on one side and a sheer drop to the sea, protected by a stone wall. 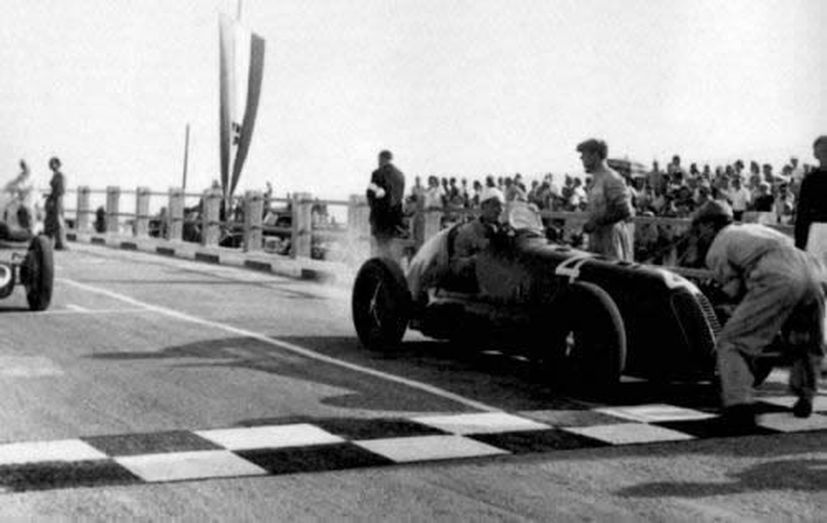 This area became part of Yugoslavia after the Second World War. Racing resumed after the war with local motorcycle races being held at the circuit in 1946. The following year, the circuit hosted a round of the Yugoslavian motorcycle national championship. By 1950 car racing also returned with sportscar races between 1950 and 1959, Formula Junior races in 1960, 1961 and 1963, and Formula 3 races between 1964 and 1968.

In 1961, the 50cc race formed the fifth round of the FIM European Championships, won by German rider Hans-Georg Anscheidt on a Kreidler. From 1969 to 1977, the venue hosted the Yugoslavian Grand Prix as part of the Grand Prix motorcycle racing world championship.

Despite the circuit’s scenic setting, it was an unsafe race track due to high speeds on narrow roads coupled with numerous unmovable roadside obstacles, such as trees, stone walls, lampposts, electric poles, embankments, houses, and the Adriatic Sea. In this regard, the circuit gained a reputation similar to that of the Isle of Man TT circuit. The safety situation became untenable for cars and the last auto race held on the circuit was the 1968 Formula 3 Gran Premio Adriatico won by Manfred Mohr driving a Tecno 68. Despite the risks, motorcycle races continued to be held.

During the 1973 motorcycle racing season, in the aftermath of the deaths of Jarno Saarinen and Renzo Pasolini at the Nations Grand Prix, several racing teams including Yamaha, Harley Davidson, and MV Agusta, boycotted the Yugoslavian Grand Prix due to unsafe track conditions. Other riders chose to compete, but with less than their full efforts. In 1974, British rider Billie Nelson crashed into the crowd during the 250cc race, injuring several spectators. He died later that night at a hospital.

The Yugoslavian Grand Prix promoters had received an ultimatum from the FIM before the 1977 Yugoslavian Grand Prix race that, if they did not improve the safety of the circuit, the event would be canceled. The event was a disaster with Italian rider, Giovanni Ziggiotto, crashing during practice for the 250cc race when his motorcycle’s engine seized and he was hit from behind by Per-Edward Carlson. He died four days later in a hospital. During the 50 cc race, Ulrich Graf crashed when his bike developed a rear tire puncture and he was thrown into a rock wall. He suffered serious head injuries and died later in a hospital. The tragedy forced the venue off the Grand Prix schedule and the Yugoslavian Grand Prix was moved to the Rijeka Circuit for the 1978 season.

In 1978 the New Track is built in only 15 months due to the use of the Army and the prisoners, on Grobnik, a sport airfield 10km North of Rijeka. It’s now on the Grobnik Track that the race of Yugoslavia GP is held.

In 1981 Michel Rougerie (France) is killed. He fell in the second lap of the 350 Class race, being in 10th place at the moment. He picked himself up off the ground and while trying to walk away from the track, his team-mate of team Pernod-Yamaha, Roger Sibille wasn’t able to avoid and struck him at full speed. Rougerie was hit at the chest and died instantly.

In 1983 Rolf Rüttimann is killed during the 125cc race. He crashed at about 160 km/h into the guard-rail in a left bend in front of the pits during the 23rd lap of the 125 cm3 race held on 12 June. He ran in the last positions at the moment of the accident: his motorcycle passed over him and he hit with his head under the guard rail and was immediately taken to Rijeka hospital. He died some days later.

In 1990 German Reinhold Roth suffered severe injuries in a June 1990 racing accident and retired from competition. While battling against Àlex Crivillé in the Grand Prix of Yugoslavia 250 cm3 race, Roth crashed into the back of amateur rider Randy Milner, who was proceeding at a very slow pace, thinking that the race was going to be red-flagged because of the rain. Roth was without oxygen support for minutes after he suffered massive head-injured to which he never recovered. Milner was severely injured as well.

Eros Manferdini was killed during the round of the European Motorcycle Championship class 250 cm3 held at Rijeka on 27 May 1990. Shortly after the start of the race, Finnish rider Päiväläinen hit the straw bales near the side of the track on the first turn, sending the bales into the path of the other competitors and causing multiple pile-ups. Manferdini fell down and died at the scene, hit by Reinhold Roth, six other riders were severely injured in the accident, bikes and straw bales caught fire. 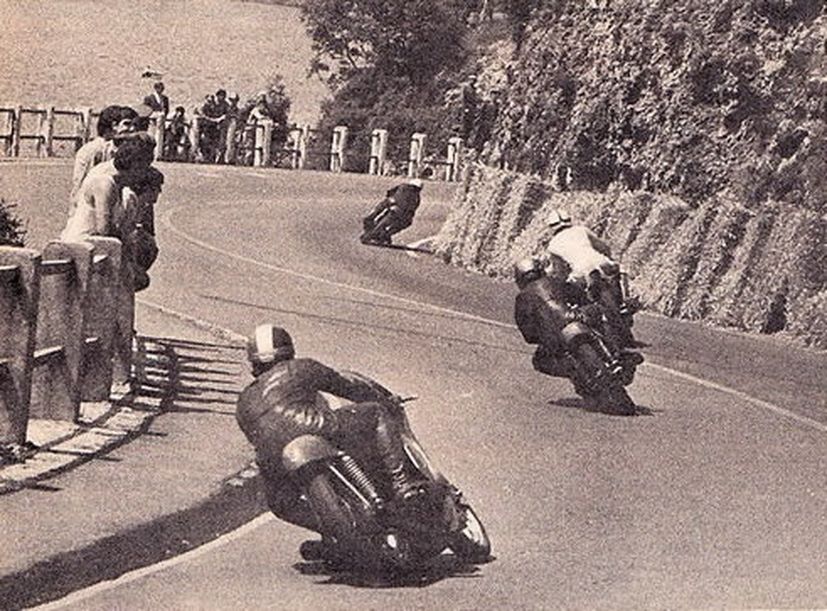 Series of esses where Ulrich Graf crashed after his Kreidler suffered a rear tire failure while travelling at a speed of about 130 kmh, on the fifth lap of the 50 cm3 Grand Prix of Yugoslavia (Photo credit: Formula 1 dictionary – Rijeka)

In 1991 In May the Political situation is highly critical in Yugoslavia. The race of the European Cup in Opatija happened but the race of the Yugoslavian GP in June was canceled and replaced by Spain.

In the present times, the Grobnik circuit is happy to point out that track is used daily for training practices, testing, and various events and demonstrations.

Grobnik racetrack put new asphalt on the race track. 5,200 tons of mass covered 55,000 square feet of the track. There are a total of 2500 meters of new curbs, according to track standards, guardrails are replaced, zones are widened and straightened.

During the first rides on new track the result of 01: 28.618 is the best proof that excellent work has been done.

Check out the impressive video of the Grobnik circuit below.