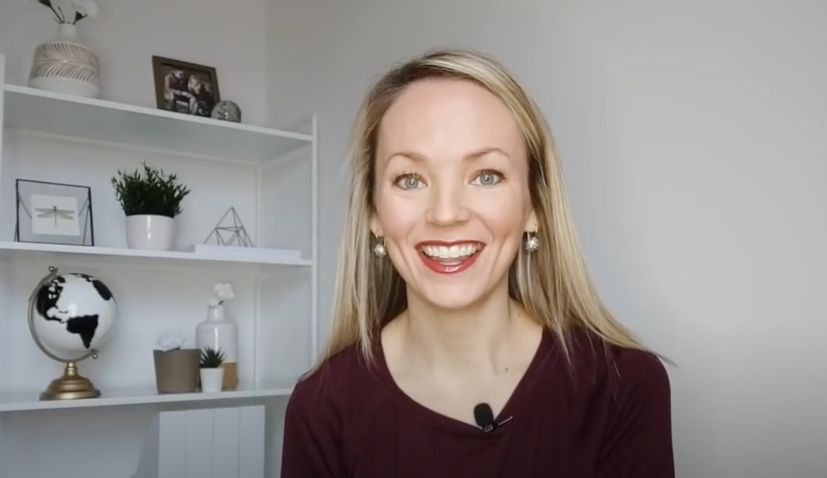 Sarah Cosic, a Canadian born and raised in Toronto who moved to Croatia in 2012, has been showcasing Croatia and the Croatian culture to her ever-growing number of subscribers on her YouTube channel.

Despite the difficulty of learning the complicated Croatian language as a native English speaker, the mother of three, who is co-founder of Royal Croatian Tours, has managed to win the battle.

“When I came to Croatia for the first time I did not know one word, not even hello. I do not have any Croatian roots but I have a Croatian husband and three Croatian-Canadian kids all born in Zagreb. Croatian is a difficult language but also a nice language,” Sarah explained, before revealing what were the easiest and most difficult things for her when learning Croatian.

Among the easiest things for her she says is the fact that Croatian is a phonetic language, meaning when you look at a written word you know how to pronounce it, and the fact that pronouns are rarely used.

“In Croatian, it’s never tricky to spell or read a word, because you can just sound it all out, letter by letter. You also don’t really ever have to use pronouns. In English, they’re a must, or no one will know who you’re talking about,” Sarah says.

When it comes to what makes learning Croatian difficult, Sarah says that apart from letters in the alphabet which do not exist in English like č, ć, dž and đ, multiple genders for words, cases and double negatives make it tricky.

“In English we don’t have genders for words, so that’s something I find very difficult in Croatian. Croatian has 3 genders – feminine, masculine, and neutral. You always have to think about matching the adjective with the noun, and you have to know the word’s gender ahead of time, in order to properly match them. It’s just something that native English speakers have a hard time with, because we don’t have a feeling for each word, and whether it’s feminine, masculine, or neutral gender,” she explains, before adding.

“I find cases the most difficult part of learning Croatian, because there are 7 cases, meaning every noun can change 7 different times depending on how it’s used. It’s definitely not something I’m used to. I’m working on it, but absolutely still have many mistakes.”

Sarah says that all in all, Croatian is a beautiful language and she is happy to be learning.

“Croatian has a very nice sound. It almost sounds like a song when I hear people talking around me. I also think it’s adorable when I hear my kids speaking Croatian.”

In the video below, Sarah explains in more detail about the ins and outs of learning Croatian.