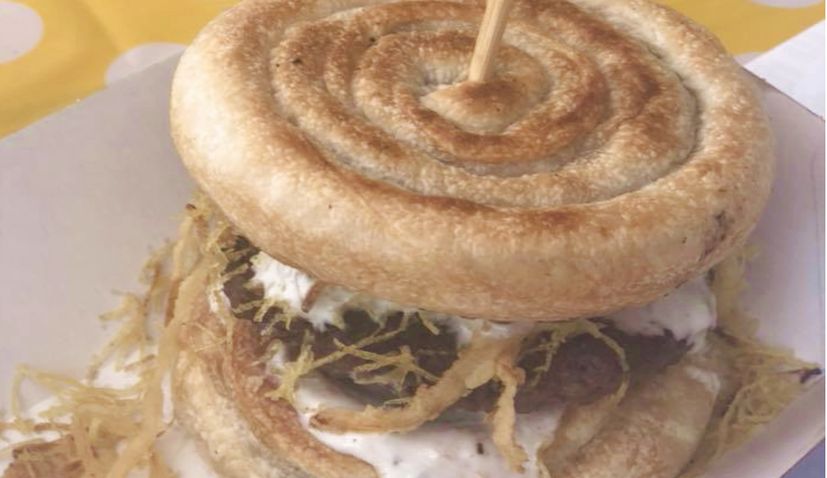 One of the more interesting attractions at the Zagreb Burger Festival which just opened in the capital was the unveiling of the ‘Burek Burger’.

The limited-edition burger is a combination of a traditional burger and a burek, which is probably Croatia’s most popular adopted street food.

The ‘Burek Burger’, which is the creation of Marin Medak and the team from the popular bistro RougeMarin, is a beef patty, fried onions, thinly sliced potatoes, yogurt and cucumber between two bureks with meat. 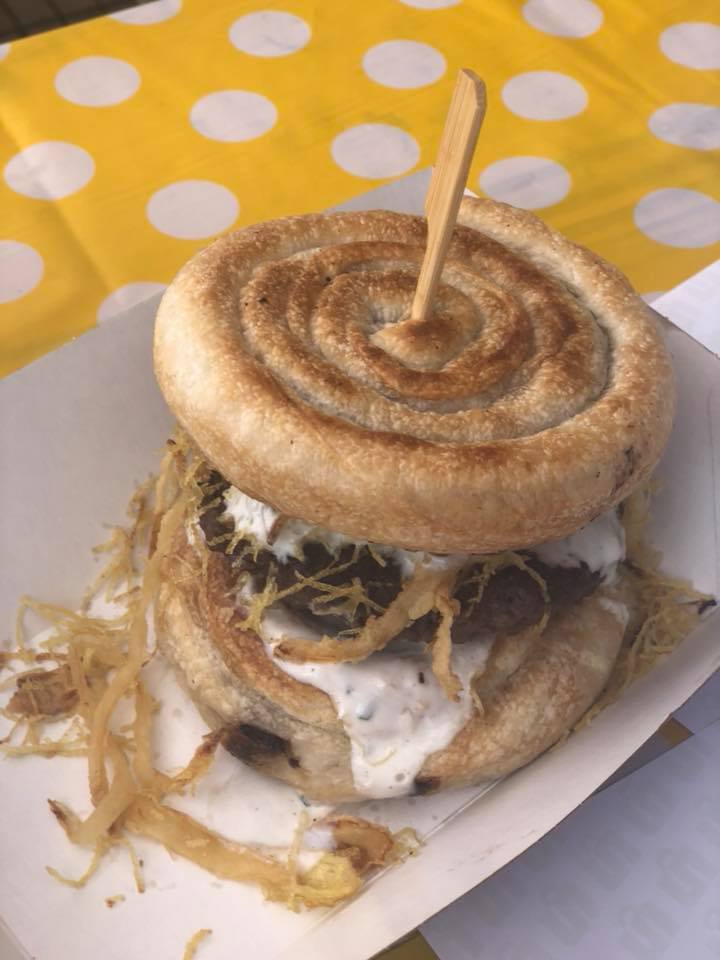 The burger has been named after Alija Sirotanović who was a famous Bosnian coal miner who set a record in coal extracting in the 1940s. 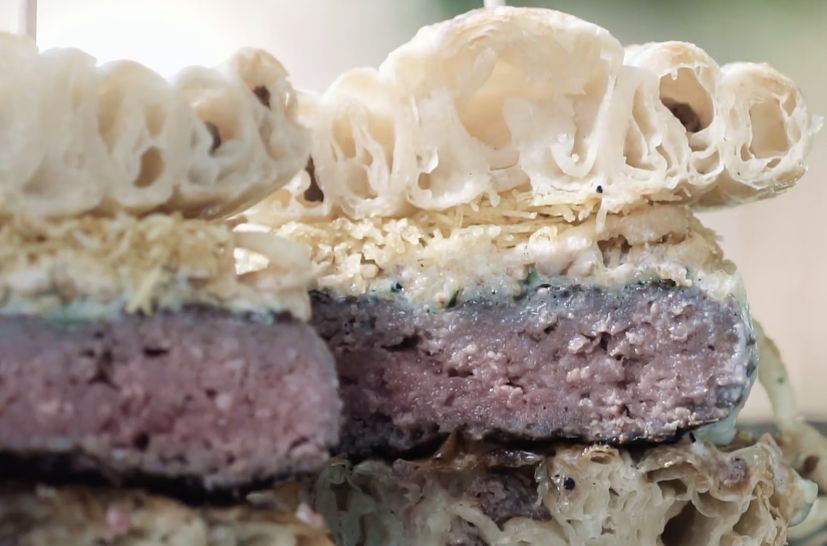 If you are not familiar, the burek is a family of baked filled pastries made of thin flaky dough known as phyllo (or jufka) and is popular in cuisines not only in the Balkans.

Only in Bosnia jufka’s filled with meat can be called burek and the rest of the fillings (cheese, spinach, pumpkin) are called pita (pie).

You can check out the RougeMarin stand and 17 other popular burger outlets at the festival which will run until 23 September 2018 at Strossmayer Square in Zagreb.

More details about the festival here.