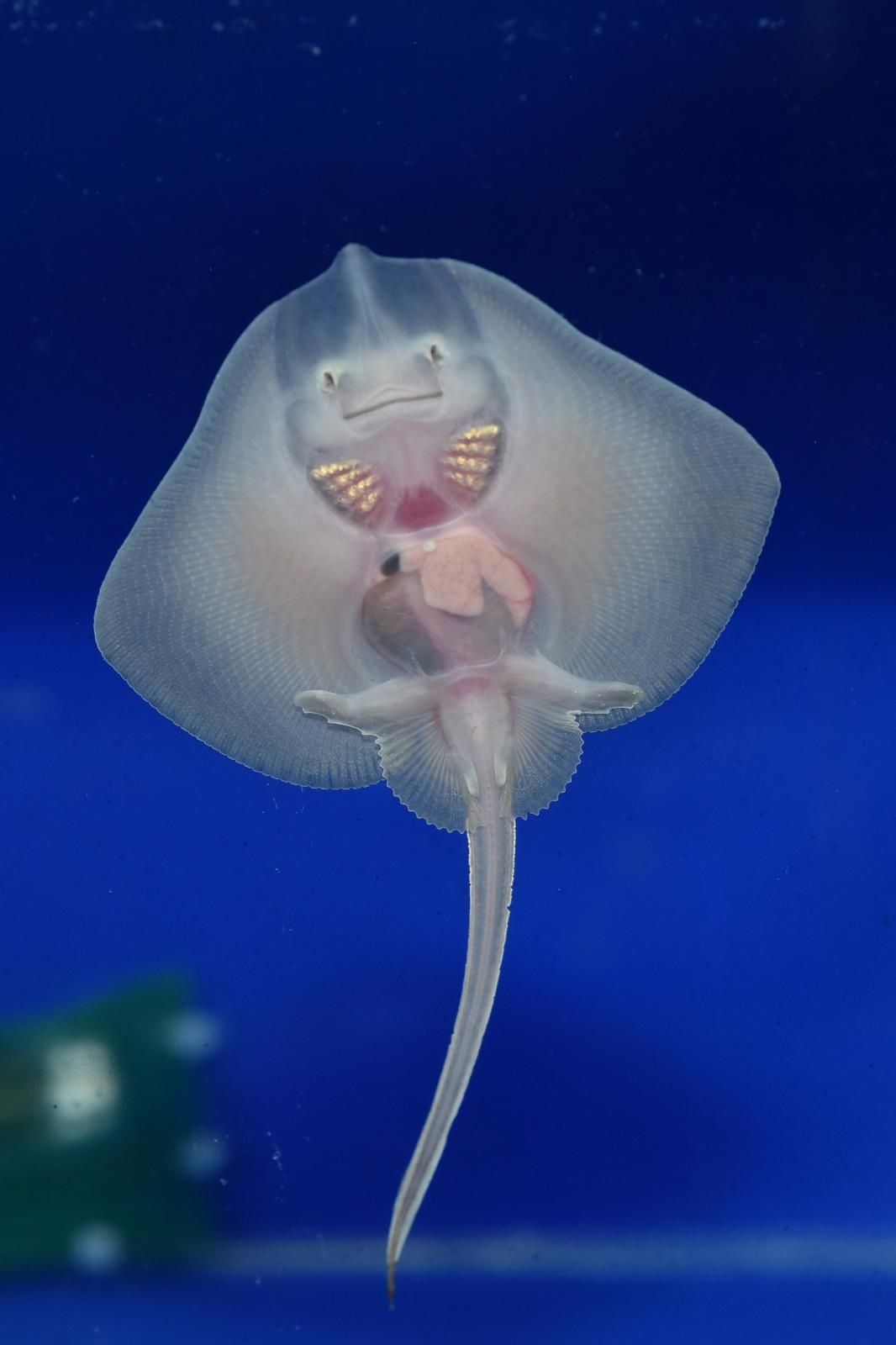 PULA, 11 February 2020 – A smiling baby thornback ray, known also as thornback skate, is quickly becoming a star attraction at the Aquarium in the Croatian city of Pula.

The baby ray, which is the first of its species born in an aquarium in Croatia, has been named Srećko (lucky) by aquarium staff because of his sweet smile.

“This charismatic smile of his has won over all of us in the aquarium, and I think he is slowly winning over the whole of Croatia. He is indeed very special,” Marina Benazic, a biologist in the Aquarium, told N1.

Rays and sharks are in danger of extinction due to large fisheries, pollution of the sea and climate change, so the birth of Srećko, they say at the Aquarium in Pula, is a great hope that these animal species will be preserved for reproduction.

Srećko, who was just 8 cm long in his first few days, spends his time playing in his tank with his seven brothers and sisters. Staff feed the young rays periodically as they are can not eat on their own yet.

“These little rays are not used to catching their own food yet, so we offer them krill. Srećko can not catch them yet on his own because they are too fast for him,” said biologist Matea Stankic.

The Adriatic Sea is home to a dozen species of ray fish. Once Srećko and his siblings grow, they are expected to be moved to Dubrovnik and either be placed in another aquarium or released into the Adriatic Sea.

“We are working on that for Srećko, there are various EU programmes for reintroduction. We are in talks with the Ministry (of Maritime Affairs), and we’re expecting a positive response,” said Pula Aquarium manager, Marija Aleksandra Bel-Dajkovic.

Lucky would be just fine in the wild, that largest aquarium of them all. After all, it is in his nature. For now, though, he and his little siblings are more than content under the watchful eye of their carers in the Pula Aquarium, N1 concluded.