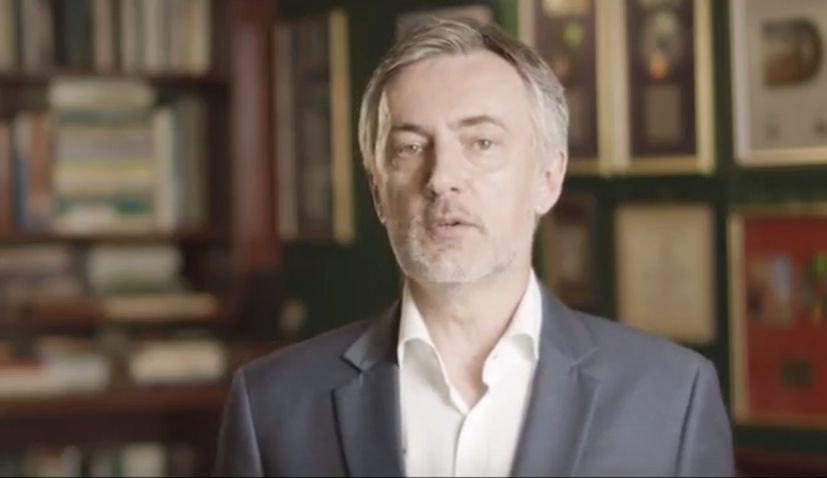 ZAGREB, 23 June 2019 – Singer Miroslav Škoro has formally announced his bid to become the President of Croatia on Sunday morning.

The 56-year-old, who has had a number of hits such as Ne dirajte mi ravnicu and Milo Moje, announced his presidency bid via a YouTube video which he posted on his Facebook page.

In the video, Škoro announced that, if elected, he would be the ‘people’s president’ and said his first initiative would be to try and change the Croatian Constitution.

“My first presidential move will be to launch an initiative for Parliament to change the Constitution. If this initiative is not accepted by the majority, I will propose to the President of the Government to call for a constitutional referendum. And if he refuses, I will invite citizens to collect signatures for a referendum. And then I would love to see whoever will try to trick the will of the people. The President of the Republic is the only official who represents the entire people and receives the mandate directly from the people. Its influence must therefore be proportionate to that fact,” he said, before continuing.

“I want to be president who will have enough authority to implement the policies that people elected me for,” he said.

This is not the singer’s first move into politics. He was elected and served as a Member of Parliament for the Croatian Democratic Union between January and November 2008.

“Croatia needs a president who will be the people’s tool for a decisive turnaround. Croatia needs to strengthen the constitutional position of the President of the Republic. That is why I made the decision that I will run for the President of the Republic of Croatia and the core of my programme is the alliance with the people opposed to the ruling party elites and the compromises that have been made far away from the public eye and the will of the electorate,” he added.

Škoro was born in Osijek where he completed a civil engineering degree at the University of Osijek. He subsequently spent some time in the United States of America where he attended two years at the Community College of Allegheny County and is involved in a number of successful businesses.

In 2017, he defended his doctoral dissertation on the Management and Distribution Methods of Music Industry Profitability under the Digitalisation Requirements at the Faculty of Economics in Osijek.