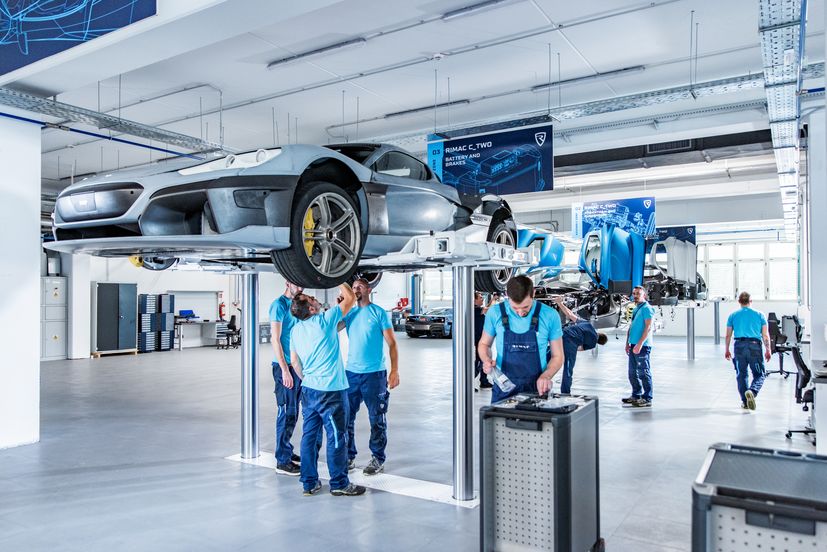 ZAGREB, 16 June 2020 – Rimac Automobili has revealed the next stage in the development of the C_Two all-electric hypercar; a new production line.

Based at Rimac’s recently opened production facility in Veliko Trgovišće, Croatia, the line will accelerate the production of C_Two prototypes necessary for final validation and crash testing for worldwide homologation.

Assembling each C_Two will now take the team around five weeks, cutting the production time in half compared to the “nest production”, and allowing for the build of four final production vehicles a month at full capacity. 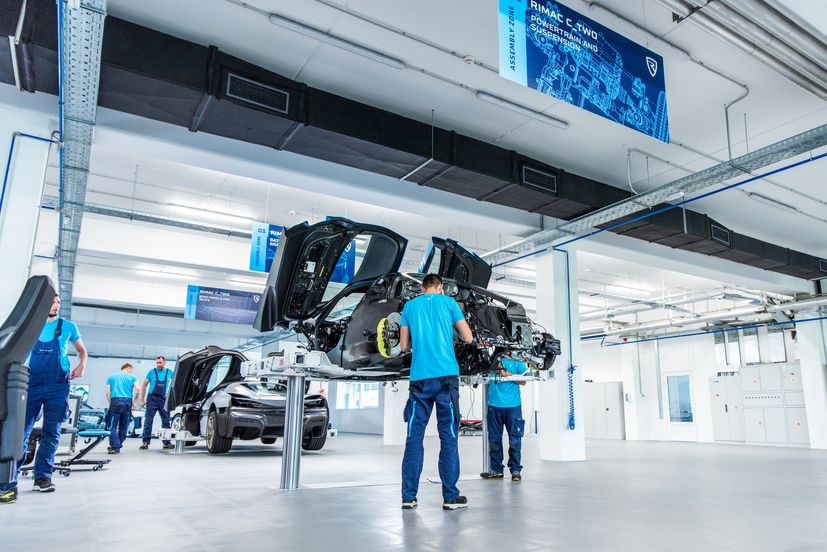 While the prototype assembly process takes 5 weeks, the process starts much earlier at Rimac, as a large number of components and systems are produced in house and delivered to the final assembly line.

So far, Rimac has assembled four early prototype vehicles, but a further 13 are needed for the testing and homologation process, followed by another 10 pre-series cars – most of which will be produced this year.  The fully-fledged homologation process, without any shortcuts, is a three to four-year process from the first concepts, to full prototypes, to cars on the road. With the new line in place, Rimac Automobili will start delivering customer cars in 2021, instead of 2020 as per the original, pre-COVID plan. The final car’s name and design will be revealed later this year. 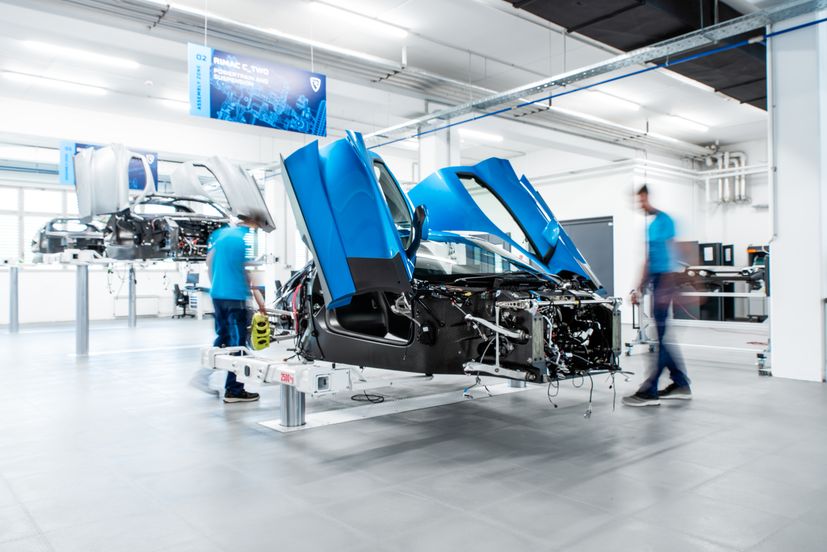 The new production line is divided into five main zones, beginning with the bonding of all brackets and fixing points onto the monocoque. Two people in each following zone then continue to build up the car piece-by-piece. Sub-assemblies like the powertrain, the dashboard, or the front radiator are built away from the line and delivered complete to be fitted.

Mate Rimac, Founder and CEO, Rimac Automobili, said: “We have worked hard to bring the C_Two to the stage where it is now, and we want our customers all over the world to be able to experience the thrill of a 1,914hp all-electric hypercar. The only way we can do that is through a strict crash testing process requiring many different prototypes, each of which has its own purpose. While some cars will go straight from the production line to the crash testing facility, others will be used for different validation tests before hitting the wall. Only a handful of prototypes will not be crashed during this program. As we are ramping up prototype production, this new line is an absolutely necessary investment to streamline the process, and it’ll help us as we begin to deliver customer cars from next year.” 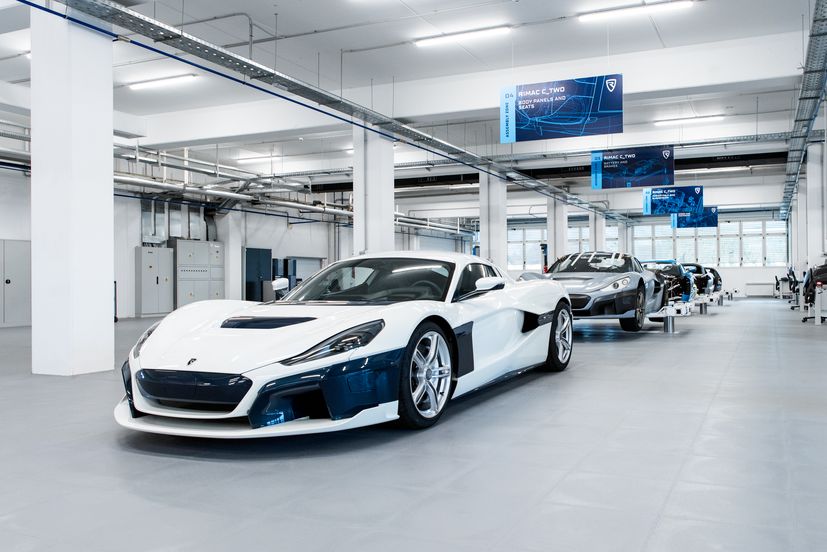 The Rimac C_Two promised a top speed of 258 mph (412 km/h), a 0-62mph (100km/h) time of 1.9 seconds and a 0-100 mph (161 km/h) time of 4.3 seconds when it was first revealed in 2018. These unheard-of performance figures were first set as hugely ambitious targets by the Rimac Automobili team, yet through the car’s extensive development and testing process, engineers are confident the targets will be met.

In parallel with the development of the C_Two, the Rimac Automobili business has continued to scale up, with Porsche increasing its ownership stake in the business to 15.5% and Hyundai Motor Group investing 80M EUR into the business. These latest announcements join a long list of already established partners of Rimac, including Koenigsegg, Automobili Pininfarina and Aston Martin.