Home » Sport » VIDEO: One of Europe’s most impressive bridges lit up for late Croatian footballer with flares 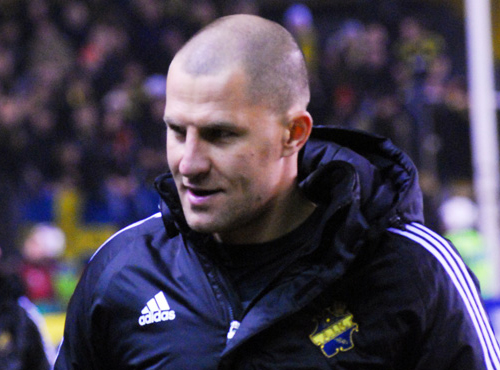 STOCKHOLM, 3 May 2020 – Fans in Sweden have paid tribute to Croatian goalkeeper Ivan Turina who died tragically in his sleep in Stockholm in 2013.

The former Dinamo Zagreb keeper, who had one cap for the Croatian national team, passed away on 2 May at the age of 32 in Sweden where he was playing for AIK.

The autopsy report stated that Turina’s death was caused by cardiac dysrhythmia, a congenital heart defect. He was survived by one-year-old twin daughters and a pregnant wife.

Dozens of flares lit up the 600 metre-long bridge in the Swedish capital in a touching moment in honour of Turina.

The bridge is one of the major bridges in Stockholm, offering one of the most panoramic views of the central part of the city. Its inauguration in 1935 made it the second stationary connection between the southern and northern parts of the city, saving the citizens the effort of a ferry ride, which had previously been required, or the congested detour through Gamla stan.