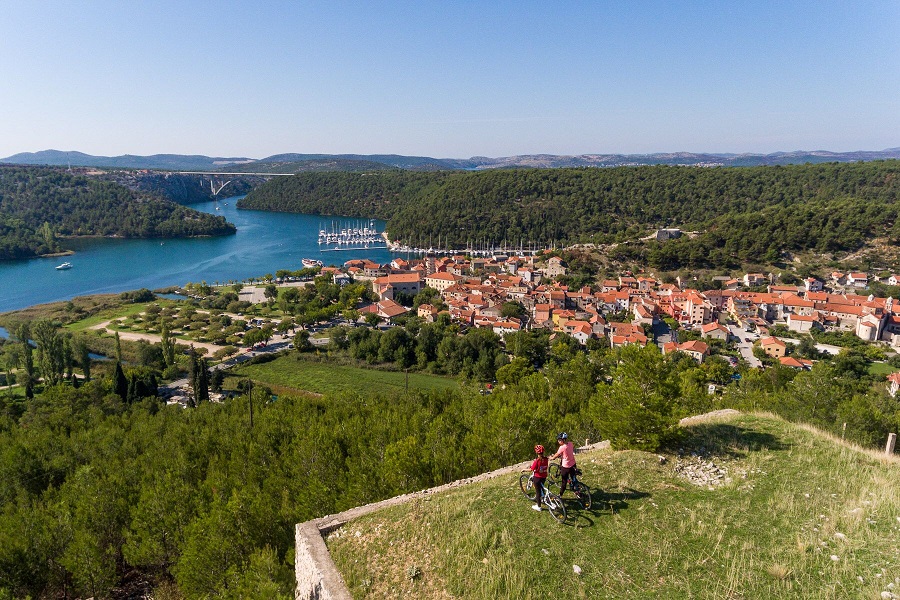 Visitors to Krka National Park can discover its beauty in an active way with five different routes which cover a total of 470 km. Visitors can create their own itinerary with bike rides, boat trips or walking trails.

“The cycling route project was the long-term vision which has now been realised. Krka National Park has great potential as a recreational area. We need to be a motivator to help people who live there to get active and develop something that is compatible with the resource we are managing, which is walking and cycling, having the slightest impact on nature,” the park’s director Krešimir Šakić said. 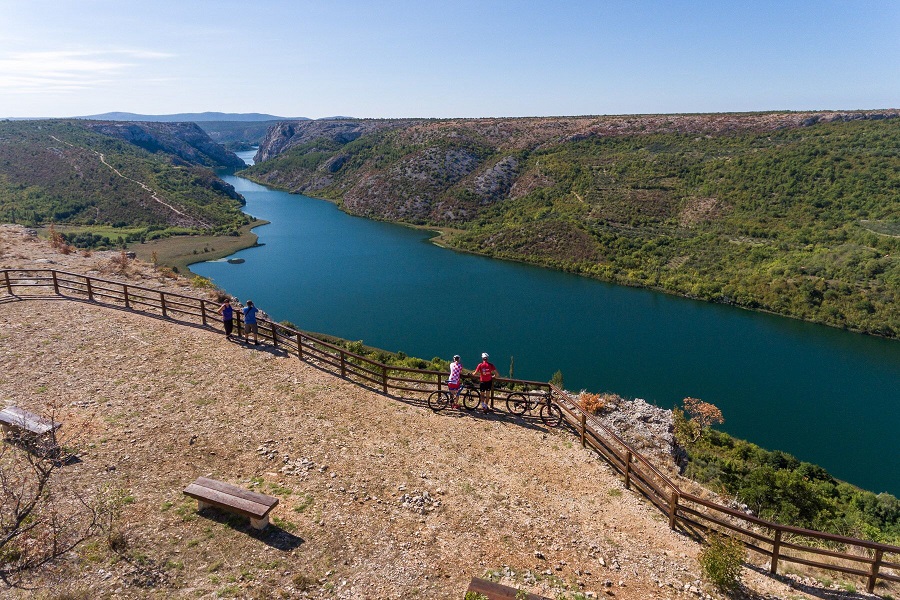 “We believe that Krka bike route will extend visitor’s stay for a few days, which will contribute to the sustainable development of the whole area,” he added.

There are 14 different bike routes visitors can now enjoy, including 5 mountain bike tracks, three road routes and six family tracks. The longest route is the Royal Route which is 95.1 km.

The Royal Route starts at the office of the Public Institute of Krka National Park in Skradin, passes through the settlements of Rupe and Kistanje, and ends at Burnum (1st-century Roman military camp). On the return to Skradin, the route descends twice into the Krka River Canyon (at the Brljan waterfall and Roški slap waterfall), and after Laškovica, returns back to Skradin along the same route. 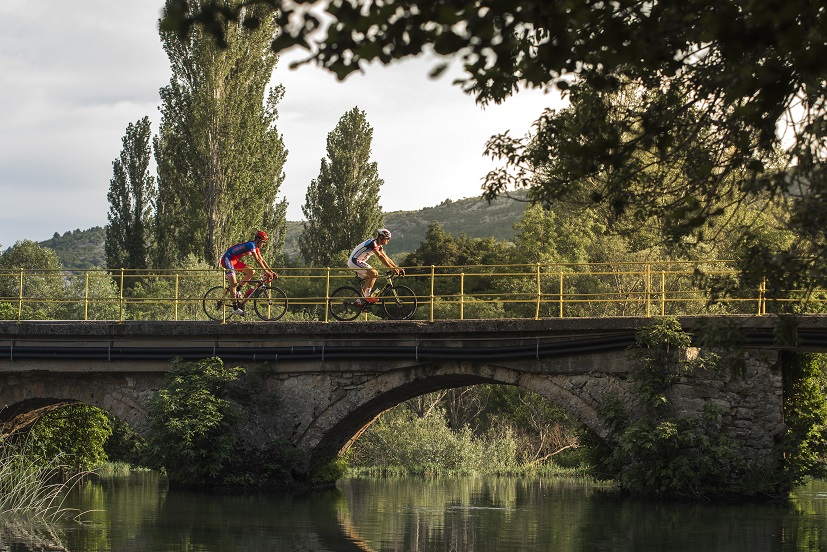 The shortest route is an 8.6 km route which starts at Skradin and follows the Krka River upstream to Skradinski buk waterfall, and from here returns along the same route to Skradin.

On each of the bicycle routes, visitors can take in spectacular river scenes, and stop at various points learn about the power of nature and the importance of its preservation. 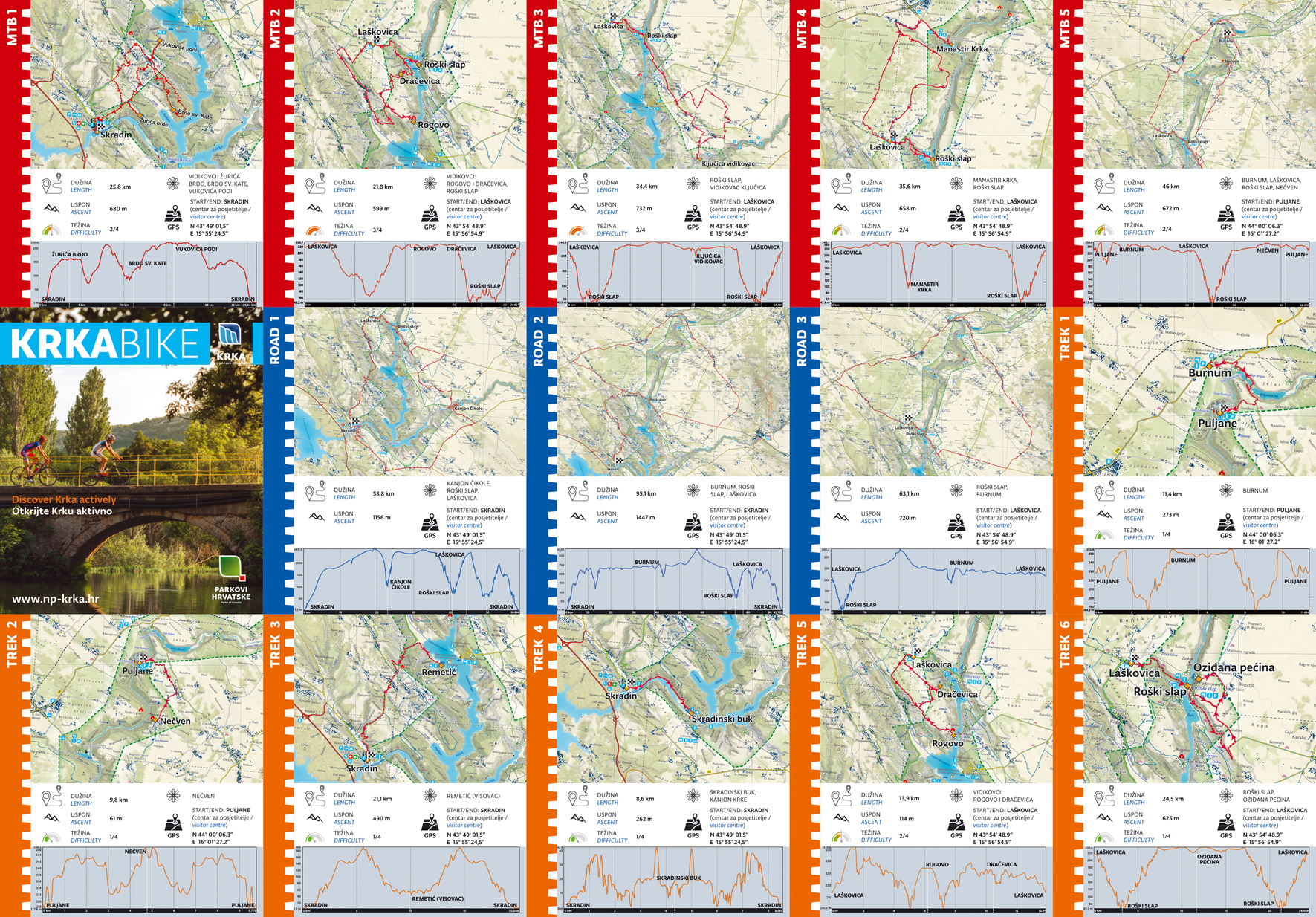 More info about the various routes can be found here.