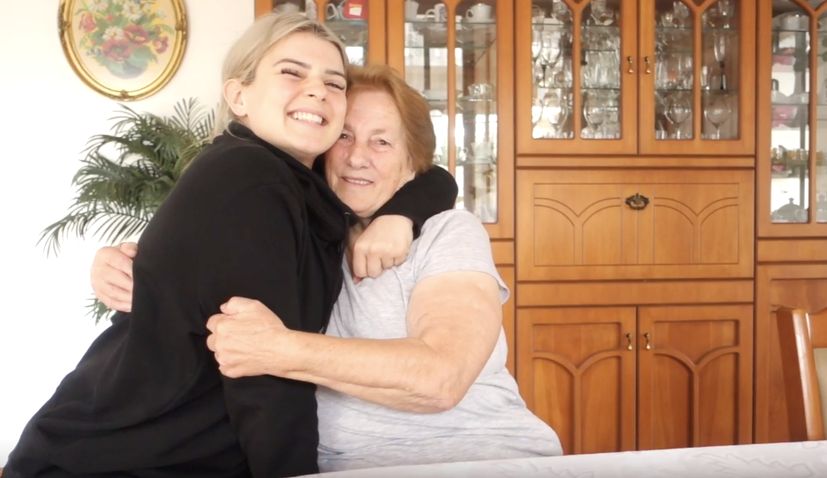 Monique with her baba

There was a big wave of Croatian migrants in the US, Canada, Australia New Zealand, and South America last century. Many left their homeland to seek a better future never to see their family back home in Croatia again.

A lot of second and third generation Croatians living in the diaspora grew up hearing about the stories from Croatia from their parents or grandparents.

Monique Medved from Geelong in the Australian city of Melbourne recently decided to sit down with her grandmother (baba) to ask her questions she never thought to ask her in 25 years to find out more about her past.

Monique’s baba left the village of Salopek Luke near Karlovac in 1965 as a pregnant, married 19-year-old and made her way to Australia.

“My grandparents have always been my heroes. They have been there for the last 25 years of my life and it has taken me all that time to realise that it was a split-second decision they had to make to grant me the life that I am currently living,” says Monique, before sitting down with her baba to ask her questions she hadn’t answered in over 40 years.

Her story in the video below.